Tanzim is using Smore newsletters to spread the word online.

Get email updates from Tanzim: 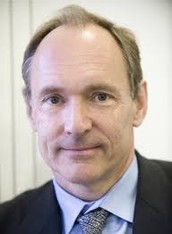 Tim Burners-Lee is a British computer scientist who invented the World Wide Web.Timothy John Burners Lee was born on 8 June 1955 and grew up in London. He studied physics at Oxford University and became a software engineer.In 1980, while working at CERN, the European Particle Physics Laboratory in Geneva, he first described the concept of a global system, based on the concept of 'hypertext', that would allow researchers anywhere to share information. He also built a prototype called En quire. In 1984, Burners Lee's returned to CERN, which was also home to a major European Internet node. In 1989, Burners Lee published a paper called 'Information Management: A Proposal' in which he married up hypertext with the Internet, to create a system for sharing and distributing information not just within a company, but globally. He named it the World Wide Web.

Tanzim is using Smore newsletters to spread the word online.