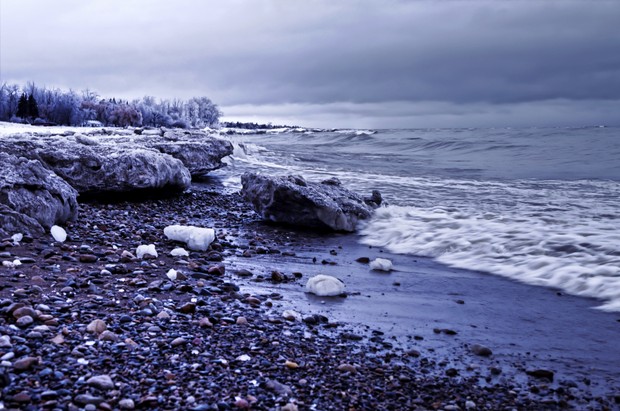 Editorial: The Army in Newfoundland

I have been reading The Salvation Army in Newfoundland: Its History and Essence by R. G. Moyles, which was published in 1997. The Army’s work there was initiated in January 1886 – almost 130 years ago – by Captains Philips, Collins and Kimball, who were accompanied by a cadet, Alice Larder. According to the Halifax Herald, they went “.. to attack the strongholds of the world, the flesh and the devil in Newfoundland”.

The report speaks for itself as a testament to the selfless courage of these early pioneers in the work of The Salvation Army.

From such modest beginnings, the Army flourished. Moyles states that more than a third of Canada’s Salvationists reside in or come from the Province of Newfoundland and Labrador. Apart from the almost 40,000 who still make the island their home, there are about half that number in Salvation Army corps throughout Canada. We owe much to Captains Philips, Collins and Kimball and Cadet Larder.

This article is the fourth of a series covering aspects of TEM. It summarizes the processing of US Bank Visa transactions.

When reviewing an accounts payable transaction, an image of the original invoice should be available to the reviewer and approver. Agresso is able to display an image (the default is .tiff) or a PDF document in the Image pane.

When the invoice is stored as a .tiff image, there are five functional buttons available at the top left corner of the image (left to right): Download, Print Preview, Zoom In, Zoom Out and Rotate Right. If there is more than one page, additional functional buttons appear: Show Previous Page and Show Next Page. The quickest way to enlarge the invoice image is by a single left click to “Open image in viewer”.

When the invoice is stored in a PDF document format, by hovering the computer mouse cursor over the image, PDF document control will appear (assuming Adobe Acrobat Reader is installed and is the default viewer for PDF documents). Depending on the version of Acrobat Reader, the PDF document tool will appear either at the top or bottom of the page. The standard tool set includes: Save, Print, Zoom Out and Zoom In. The quickest way to enlarge the invoice PDF is by clicking on the “Download Document” button at the top left corner of the PDF image. You can simply click on ”open” when prompted and the document will be displayed in your default PDF viewer.

Occasionally, there might be more than one document attached to an invoice; this is different from multiple pages of an image or PDF, but a completely separate document. To view the additional document, click on the paper clip icon at the top right corner of the Agresso window.

NEOMAL JAYASEKERA is the Director of Payroll at Territorial Headquarters (THQ). He completed his undergraduate degree (B.Com.) at Concordia University in Montreal. Since graduating, he has taken a number of continuing education courses and is at the 4th Level towards a Certified General Accounting designation.

Neomal’s professional career began at Ceridian Canada. After 16 years with Ceridian, he moved on to being the National Payroll Manager for PWC. He also held senior management positions for companies such as Ernst & Young, Moneris Solutions and Aecon Group. He joined The Salvation Army in July 2014.

Neomal and his wife are involved in most of the activities of their two children, ages 10 and 13. He is an avid golfer and plays once a week with his friends during the summer.

Did You Know? Accounting's Global Role

Those who are professional accountants, or are close to someone who is, may be interested in the findings of a recent study by the International Federation of Accountants (IFAC). The report, released in November, finds that accountants contribute half a trillion dollars to the global economy and, according to the CEO of IFAC, it verifies “.. the profound importance of IFAC’s mission – and that of the global profession – to help strengthen accountancy capacity in developing countries, where accountants have a significant role to play in strengthening the institutions and architecture that that will improve peoples’ lives.” He added “Professional accountants contribute to better information, reporting, measurement and decision making. When nations have a robust system to track the flow of money in government, within businesses and between organizations, transparency and accountability are improved, organizations are strengthened, and economies are enhanced.”