Get email updates from Robyn:

Remembering the Activist, Mentor and Scholar at the Left Forum

Eminent sociologist, dedicated professor and beloved family man Rod Bush passed away on December 5, 2013. "Throughout his life Rod embraced and exemplified a passionate commitment to social justice and black liberation. He knew and practiced this as a collective endeavor. He was a member of, among others, the Movement for African American Unity, the Congress of African People, the Student Organization for Black Unity/Youth Organization for Black Unity, the African Liberation Support Committee, the Revolutionary Workers League, the Black Radical Congress and most recently, a board member of the Left Forum."*
Comrades, colleagues and friends of Rod Bush have created two panels at the Left Forum celebrating his life and legacy. Please join us. 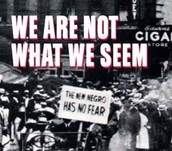 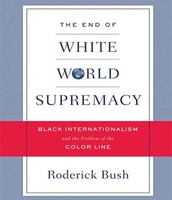 A Community Memorial will be held on Sunday, June 8th, 4 pm at Flatbush Reformed Church (corner of Church and Flatbush Avenues). For more information and to RSVP: http://bit.ly/RBinvite

Panels related to Dr. Bush’s scholarship and practice will be held at the Critical Sociology conference in San Francisco, on August 18th.

A website has been created with access to Dr. Bush's writings, and as a place to share note reflections, tributes and letters to Dr. Bush or to upload photos or videos of him. Please visit rodbush.org and sign up to stay in touch.

For more information on these activities or to become involved in the project to sustain the engagement of Dr. Bush’s life work, please email Dr. Melanie Bush at melanie.e.l.bush@gmail.com.

Follow Robyn Spencer
Contact Robyn Spencer
Embed code is for website/blog and not email. To embed your newsletter in a Mass Notification System, click HERE to see how or reach out to support@smore.com
close