www.history.com
The Romans revolutionized land transport by paving a network of roads that spanned across the empire.

I believe that Roman engineering has had the biggest influence on modern times.The Romans were famous for their engineering. The Romans were the best builders of many things such as aqueducts, bridges, and roads. These were great inventions back then and the methods they used were brand new. These same ideas and methods are still used today. Everyone, every day, everywhere use roads. The roads today aren't made out of stone and mud but it is the same general idea the Romans had. This is an example of how the Romans great techniques have influenced modern engineering. Another example of how they have influenced modern engineering is bridges. Bridges are still the best way to get across small bodies of water. Romans had the best techniques and they are still used today. Bridges and roads are still huge parts of modern engineering and because of that I believe that it is the most important Roman legacy. 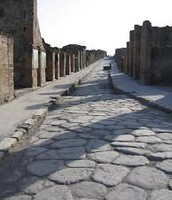 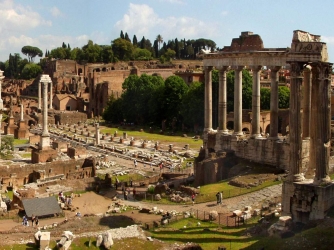 www.history.com
Find out more about the history of Ancient Rome, including videos, interesting articles, pictures, historical features and more. Get all the facts on HISTORY.com

Follow Batman Oates
Contact Batman Oates
Embed code is for website/blog and not email. To embed your newsletter in your email, click HERE to see how or reach out to support@smore.com