How did men and women exchange roles?

How did men and women exchange roles?

A women from the roaring 20s

In the 1920s women had new forms of freedom. Short hair and short skirts became the new trending styles around, job roles changed, more skin was showing, women went out more, they drank illegal alcohol and smoke cigarettes. Flappers were the new deal for women. Because women were now allowed to vote they thought they had more freedom and took advantage of it by living by their own rules. 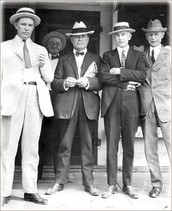 What did the men do?

The roles of men didn't change much from previous eras. Of course men had more rights than women so men were still kind of in charge but not fully. Men had the right to be traditional or modern which ever they prefer. Men were in charge but had a rough time of being intimidated by women because of the way the women were overcoming men jobs and taking over. Men were also caught between 2 worlds whether they should be a traditional man or go out and be modern. 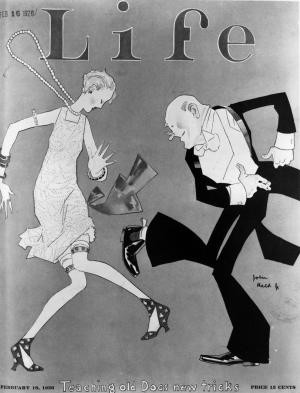 In the roaring 20's the music everyone listened to was jazz. The 1920s were known as the jazz era. Here's a taste.
Lee Morse - Tain't No Sin To Dance Around In Your Bones (1929)

How did we know this?

www.shmoop.com
Historical analysis of Gender in The 1920s. The 1920s through the lens of Gender