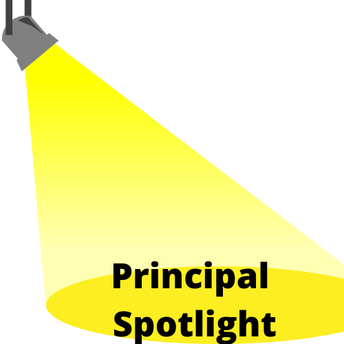 The other day I dismissed a kindergarten class for a teacher who needed to leave early. One of her students was very excited because he was going to his older cousin's house after school, and his cousin let him play his video games. When I told him that he should not be playing those kinds of games because they were not for little kids; he replied, “Oh, it’s ok, he lets me!” Often teachers come to me expressing their concern about how some of our students are entering into a fantasy world created by the video games they play at home. It’s a rather scary world of violence and adult situations that have no place in a child’s world. These kids have been so influenced by the games that they take on these roles in the classroom and on the playground. And it is no wonder; to these kids what they see is really not make-believe. Children do not have the developmental ability to distinguish with any level of certainty between real and fantasy until the age of 8 and 9. We can easily distinguish between reality and fantasy, but children cannot. Children under the age of 9 think that what they see on the screen is real. I know this is hard for us to grasp because we know it is fake but kids don’t. They really don’t. We can tell them it is not real, but they are not developmentally wired to understand it yet. Research clearly shows that playing a lot of violent video games is related to more aggressive thoughts, feelings, and behaviors as well as being less caring and helpful towards others.

This concern caused me to do some research on my own. I discovered something quite startling. Did you know that the three main draws to video games are the same three practices teachers use every day to teach children because they have been shown to be highly effective methods to help kids learn? These are: be highly engaging and interactive, reward the behavior you desire, and repeat behaviors over and over until the skill is mastered. Certainly, a recipe for success if you are teaching double-digit addition, but how scary to think it is the same recipe used to teach kids to master a violent video game.

Parents have the most important role to play. When you limit the amount of time as well as the types of games your children play, they are less likely to show aggressive behaviors and develop appropriate levels of empathy toward their peers. The patterns and expectations you develop with your children when they are young are much easier to continue, as they grow older. If you would like some support or suggestions on ways to limit your child’s video game playing, please feel free to contact us at school. We don’t promise to have all the answers but we will sure do our best to find them. 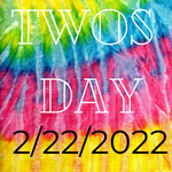 In the month of February, there is a special day. It is "Twos-Day!" February 22, 2022, falls on a Tuesday. Prairie will be celebrating with great 'Two's-Day' activities. 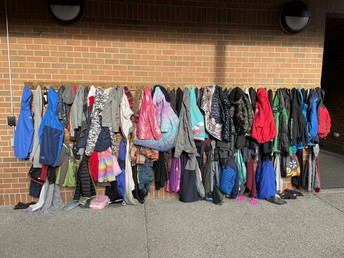 Has your student lost a coat, sweater, or lunch box? Parents are encouraged to stop by after school to look through our lost and found. 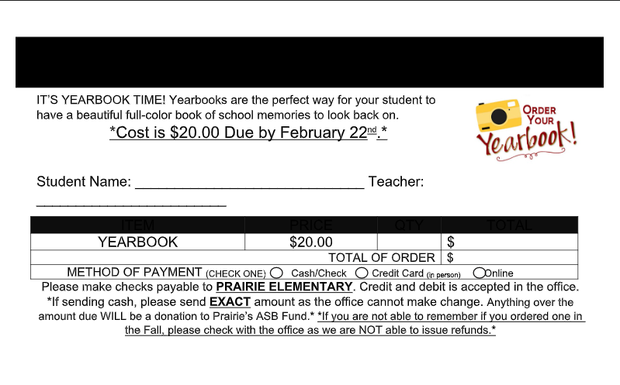 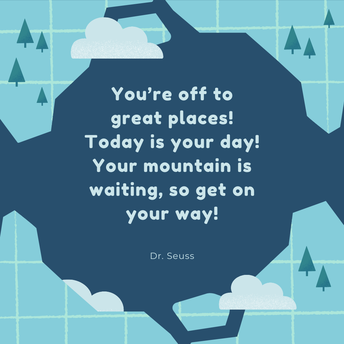 On March 2 we will have a school-wide dress-up day. Here is a small list of possible dress-up ideas. 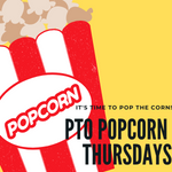 Students have the opportunity to purchase a popcorn treat for just 50¢. Popcorn punch cards are available for purchase so that you never forget those pesky quarters again! Huge thank you to our PTO for providing this again as our students look forward to it with great anticipation!

For families living outside of their school attendance area, it is time to renew your students' out-of-area requests for the 2022-2023 school year.

Visitors/Volunteers need to sign in at the office on the kiosk and get a visitor’s badge. Only staff members are allowed on the playground.

When dropping students off in the morning, they should be dropped off at the curb and then they will head to either breakfast or recess. If your students need help getting to class please bring them to the office. 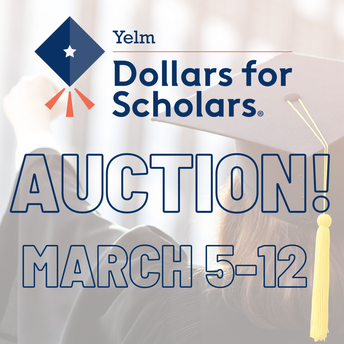 Yelm Dollars for Scholars will hold their annual auction March 5-12 to directly support Yelm High School graduates pursuing further education and training in the form of scholarships. The program has raised and distributed $2.6 million in scholarships over the last 26 years and the DFS team is eager to see you again in March.

Live Auction: The live event is scheduled for 5 pm March 12 at the Yelm Community Center. This is a ticketed event with a provided dinner, and it is set to be a great night out with an incredible community. Get your tickets before they sell out!

Online Silent: Leading up to the live auction will be the renowned silent auction. Bidding will open on March 5 and close at 10 pm on March 11. Create an account early to get notifications! 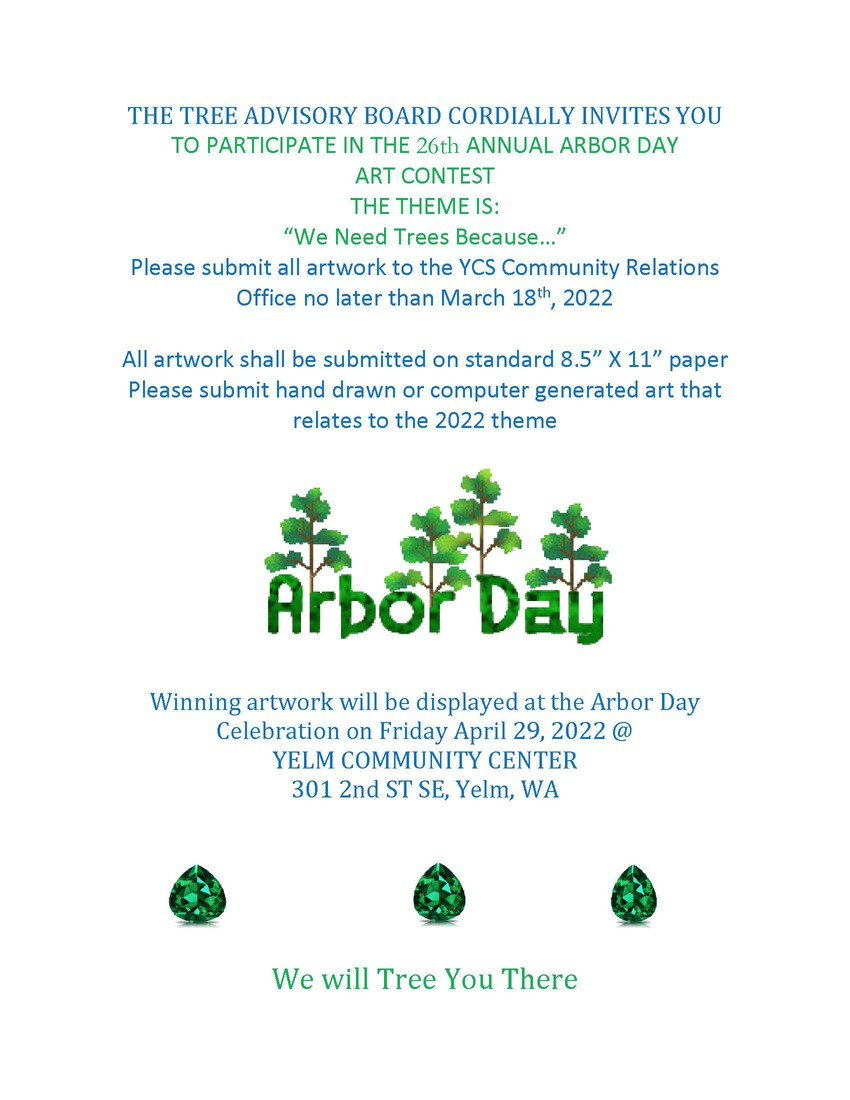 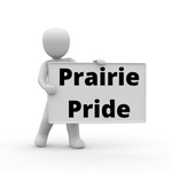 Prairie Assemblies have been a long-standing tradition. In our current environment, we are not able to have parents attend. To stay connected with our families we will be posting the assembly each Friday on our website.