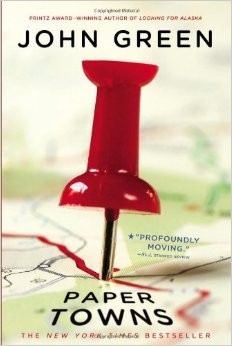 I chose this as one of my themes because this is shown by the characters a lot throughout the book. Quentin is the protagonist and the narrator of the story. He has a crush on his neighbor Margo. Throughout the book Quentin becomes more attached to Margo. He just remembers her from when she was younger. They run into some problems and Quentin changes his point of view on Margo. He then figures out who the real Margo is and is way different than what she used to be when she was younger. However he still tries to help her out.

When Margo first showed up at Quentin's house and asked if he would help her out. They grew apart and weren't as close as they used to be. Therefore he couldn't decide if he should help her or not on this adventure. He ends up going and helps Margo out on this 11 part adventure. However they ran into some problems that could have got them in major trouble if they were caught.

How do the themes relate.

These two themes relate because if Quentin didn't make the decisions he made he would have never found out who the real Margo was. Also with Quentin not know how Margo really was made him get attached and that made him want to find her when she went missing. Therefore he thought she left him a lot of little clues that would lead him to find her.

Follow Rachael Adams
Contact Rachael Adams
Embed code is for website/blog and not email. To embed your newsletter in your email, click HERE to see how or reach out to support@smore.com