Robbie is using Smore newsletters to spread the word online.

Get email updates from Robbie:

The Giants’ season is well underway, currently holding an overall record of 3-4 and a conference record of 3-2. We have faced strong competition from both the North and South sides of the Central Suburban League, showing improvement every step of the way. Our guys continue to battle each day, striving for growth as we try to maximize each opportunity we have together. The Giants have 2 wins against Vernon Hills and losses to Niles North, Glenbrook South, and New Trier. This past weekend, the varsity split against Maine West, while the JV team earned a victory in their first game of the season. In this abbreviated season, we only have 2 weeks left. We have crossovers with Maine South and Evanston coming up, along with doubleheaders against Deerfield and Maine East. We are hoping to reschedule another game with Niles North that was postponed from earlier this season. Our current roster, coaching staff, and remaining schedule can be found below.

This season, we have started a new tradition, The HP Chain Gang. The HP “Chain” is awarded after a game to a player that exhibits energy, effort, hustle, enthusiasm, and passion. Once awarded, the player gets to keep the chain until the next game, while signing their name to the chain to keep a running list of all members who have earned it from the season.

Our seniors have continued to lead throughout the season, embodying our concepts while providing a “Senior Speech” during various moments to express their own appreciation, connection, and understanding of each specific concept (Unity, Passion, Excellence, Unselfishness, Discipline, Thankfulness, Loyalty, Accountability, and Humility). With each game, practice, opportunity, we continue to maintain the mantra of Keep Moving Forward. 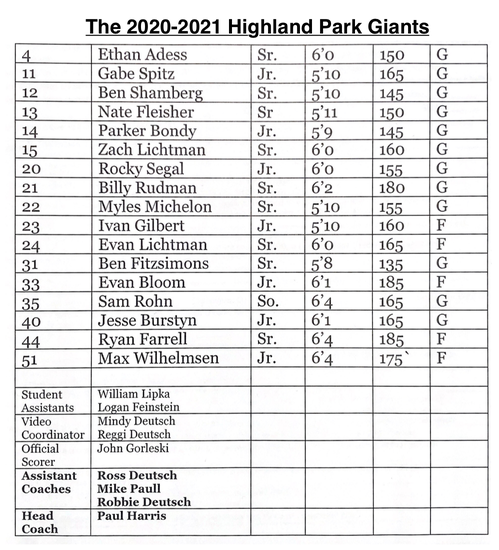 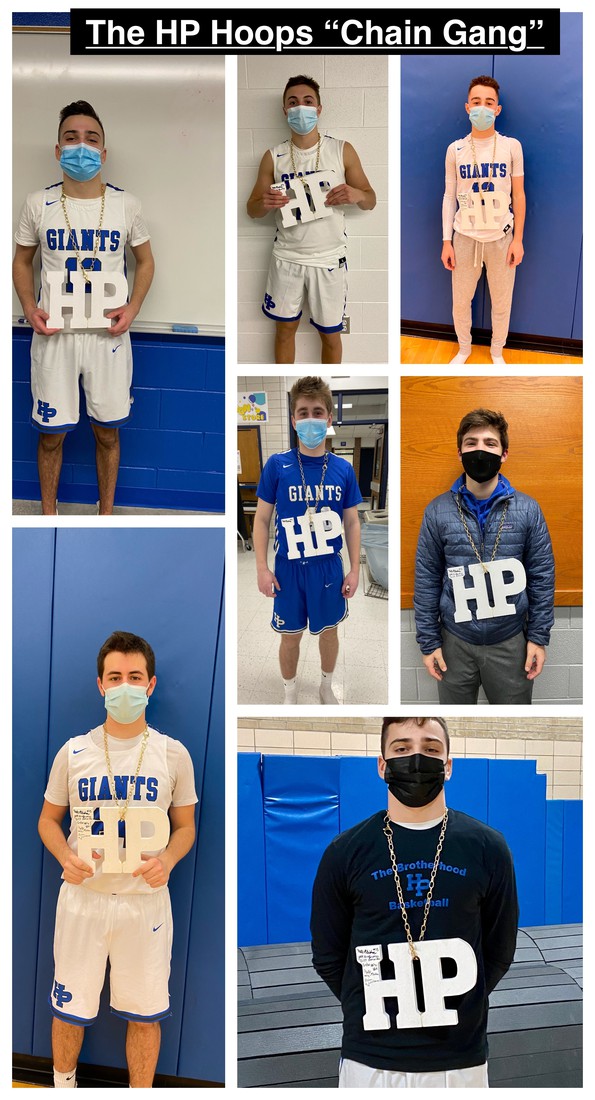 The January Newsletter provided a GIANT reminder of how strong our alumni support continues to be. Our alumni connection is what makes our program so special and unique, and to have it be illustrated in such a widespread way is truly extraordinary. In the last newsletter, we had 178 alumni views from 56 different locations across the country (picture included below). HP Basketball spreads far and wide, coast to coast!

Our other Alumni spotlight this month is Coach Josh Olian. Josh is part of the HP Basketball Class of 2010, and is now in his 3rd season as a volunteer coach. Josh is the epitome of a giver, always looking to help the program in any way possible. Whether it’s keeping practice on schedule or doing the scorebook at games, there is no task Coach Olian isn’t willing to take on. We are thankful for Coach Olian’s unselfishness and his loyalty to support the program! 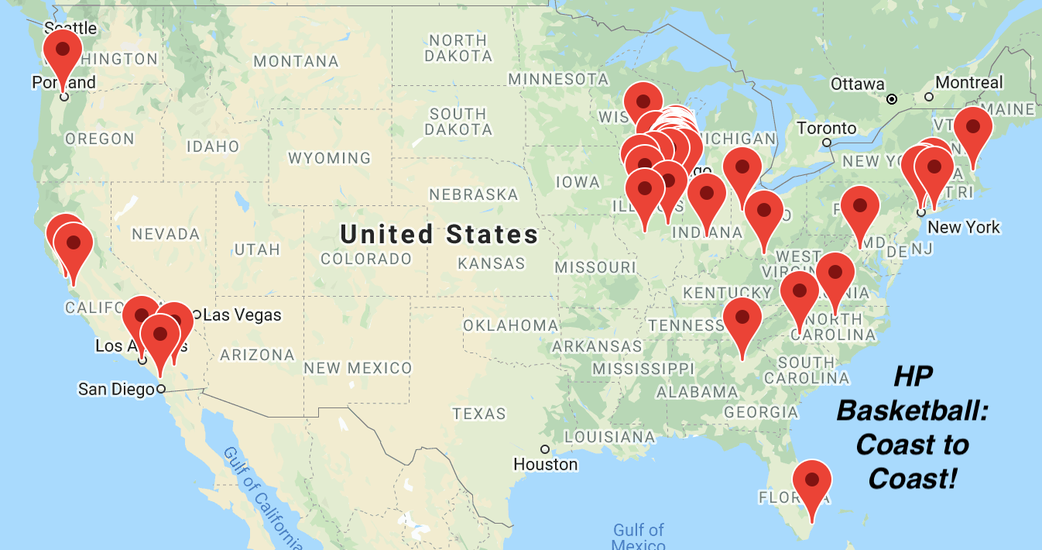 In practice last week, during a Blue-White scrimmage, we had the white team make an unexpected comeback to defeat the blue team which was capped off by senior #24 Evan Lichtman draining a 3-pointer to beat the buzzer. This was a memorable moment for not only the white squad, but the entire team, as it was a great way to end the day and conclude a strong week of practice. This sparked Coach Harris to share a few other memorable “buzzer-beating” moments throughout the history of Highland Park Basketball. These buzzer beaters included shots from Eric Schreiber (1999 season) and Jake Norcia (2012 season). Credits to Coach D and Coach Harris for the YouTube links!
Highland Park Basketball 1999 buzzer beater
Norcia half ct shot in OT
Norcia hits full ct shot to end 1st qtr 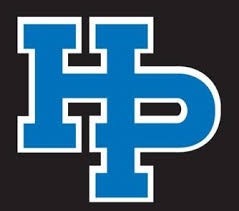 Robbie is using Smore newsletters to spread the word online.

Follow Robbie Deutsch
Contact Robbie Deutsch
Embed code is for website/blog and not email. To embed your newsletter in a Mass Notification System, click HERE to see how or reach out to support@smore.com
close