Pharmacists dispense prescription medications to patients and offer expertise in the safe use of prescriptions. They also may provide advice on how to lead a healthy lifestyle, conduct health and wellness screenings, provide immunizations, and oversee the medications given to patients.

Employment of pharmacists is projected to grow 14 percent from 2012 to 2022, about as fast as the average for all occupations. Several factors are likely to contribute to this increas 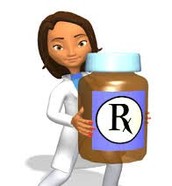 3 COLLEGES THAT OFFER YOUR MAJOR