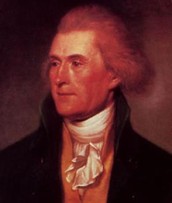 What did Jefferson have to do with Education?

Thomas Jefferson attended College in Williamsburg, Virginia at the College of William and Mary. Jefferson always thought school was so important but when he went to college he saw that other people at the school didn't take it as seriously as him as this made him frustrated. Jefferson took his schooling seriously and thought it was very important for all to learn reading, writing, and arithmetic. Jefferson had written his ideas for public education in his book called “Notes of the State of Virginia” where he proposed a plan for the public school system. Jefferson proposed a plan for a system of limited state public education for boys only, no girls allowed.

“Do you want to know who you are? Don't ask. Act! Action will delineate and define you.” ― Thomas Jefferson

A school in Kansas is lacking textbooks and students arent able to have their own. They have to share or make photocopies. Some classes only have one book and the teacher has to make copies so each student can do the assignment.

Jefferson believed that each person should learn how to read write and learn math. He made it important to make his point and never give up on his dream. 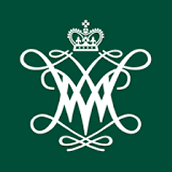 Jefferson created the idea for school districts and that each of them would be with in miles of each other, like we do today for instance. In today's modern world the school systems are different in many ways but are some ways the same. Everyone would learn reading, writing and arithmetic as we all do. But now we have standardized testing and the varies by state. study.com
You probably know that Thomas Jefferson was a founding father, the drafter of the Declaration of Independence, and the third president of the...

Why is Public Schooling an issue?

Public Schools in some areas are lacking the resources that are needed to teach students, at some schools they don't have enough money to by paper, crayons, or even decorations. My father taught in the public school system in Miami-Dade County for 2 Years, while my father was teaching he found that you basically had to follow a script and there were so many rules for teaching kindergarten. (My father has been teaching kindergarten 18 years) They didn't have P.E. or Recess. My father later moved on to working a a private school and there approach is very different. The students had free time and were able to chose what they wanted to do, and there is a lower number of students. A lot of people can't afford private school so public is there only option. I think the next president needs to take action and get the resourses for the public schools so that children at that age should be playing and having fun, not taking standardized tests. This is a major issue that our next president needs to work on. Jefferson wanted everybody to learn reading, writing, and math, but some schools cant even afford books. 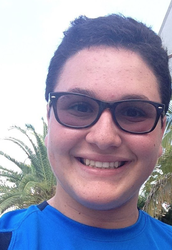