Also the online bulletin is available at:

Gossip- it's hurtful and it's everywhere. In this digital age it also occurs more quickly and to a larger audience. Once the words are out there, it is nearly impossible to "take it back." Here is what "It's My Life- PBS Kids" says about Gossip:

Gossip And Rumors: Why It Hurts, Why It's Wrong

Let's say you have a piece of wood, a nail, and a hammer. Pretend the wood is a person, and the nail is a nasty rumor about that person. If you hammer in the nail, you're obviously hurting him or her. If you then pull out the nail-well, there's still a hole in the wood, and the damage has been done.

There are many reasons why that nail of a rumor can be so harmful:

Words hurt as much as a punch
Sometimes more, because a punch may be painful, but at least it's over pretty fast. Rumors are, quite simply, a form of bullying that's sometimes referred to as "relational aggression." When a person or a group makes up a rumor about someone or decides to spread nasty gossip, it's usually to hurt someone, break up a friendship, or make someone less popular. It's the same thing as teasing, only it's done behind someone's back instead of to his or her face.

Gossip and rumors can be a form of exclusion
When you spread a rumor about someone, you're sending a signal that the person is outside of the group, and somehow less worthy of friendship than others. You're making fun of that person or pointing out negative things about him or her. This can let others think that it's okay to make the person feel inferior, and make him or her an outsider.

Gossip and rumors can destroy trust
We need to be able to trust our friends, and gossiping and rumors can break this trust. If you tell a personal secret to a friend, and he turns around and blabs it to someone else, you might feel like you'll get burned if you ever get close to him again.

True or not, private is private
Let's say your mother tells you that your friend Susannah's parents told her that they're getting a divorce. You don't feel bad about passing it around because, after all, it's a fact, right? Wrong! Perhaps Susannah isn't ready for people to know about her parents splitting up. It can be very painful and humiliating when other people know things about us that we want to keep private. It can make us feel like we've been violated, like something that is supposed to be just ours is now out in the open for all to see-and to judge.

Believing rumors can lead to bad choices
Letting a rumor influence your behavior is like letting someone else make a big decision for you. Let's say you hear that the Principal plans to call a Snow Day tomorrow because a blizzard's coming. Expecting a day off, you don't do your homework. The next morning, the blizzard turns out to be nothing more than a drizzle, and school isn't cancelled after all. Doh! You get zeroes on your assignments.

Here's another example: the gossip grapevine has it that the new girl in school is snobby, so you avoid her. Years later, you and the girl become friends, and you learn that she's not a snob at all! You missed spending a lot of time with a cool person because you judged her based on a rumor.

Gossip is a negative behavior that usually makes things worse instead of making things better. 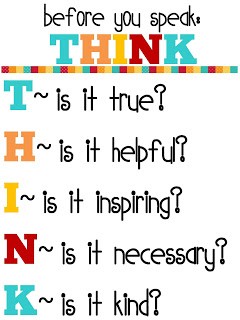 "Goals that are not written down are just wishes." - Fitzhugh Dodson.

Have you heard of SMART Goals? I challenge you to write down 3 SMART goals- one for school, one for your family, and one for your fiends. 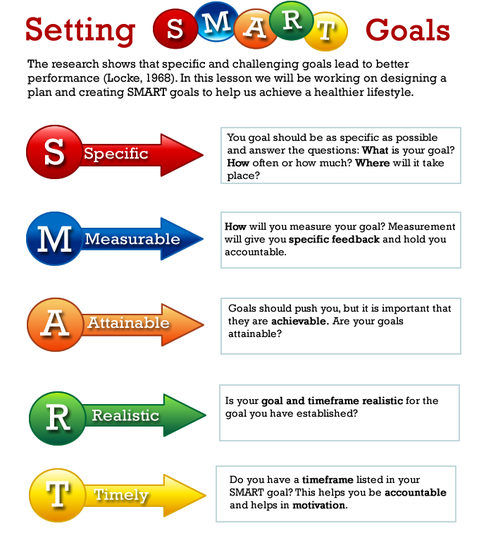