#HUSHpodcast ~ Theater of the Mind

#HUSHpodcast ~ Theater of the Mind

In Radio, Everyone Creates Their Own Image

More than any other medium, radio relies on the listener to imagine scenes and characters. This makes radio one of the most intimate of storytelling devices and mimics a sense of our ancestors sitting around the fire and swapping tales. The Shire's Audio Drama Team, a group seventeen students from all over the St. Croix Valley, played on this concept of "Theater of the Mind" by drawing their own renditions of the characters. Here's a sampling of their creations. 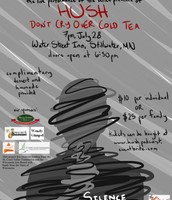 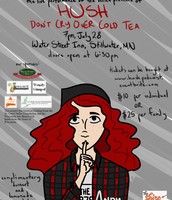 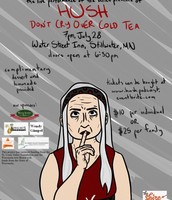 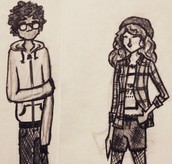 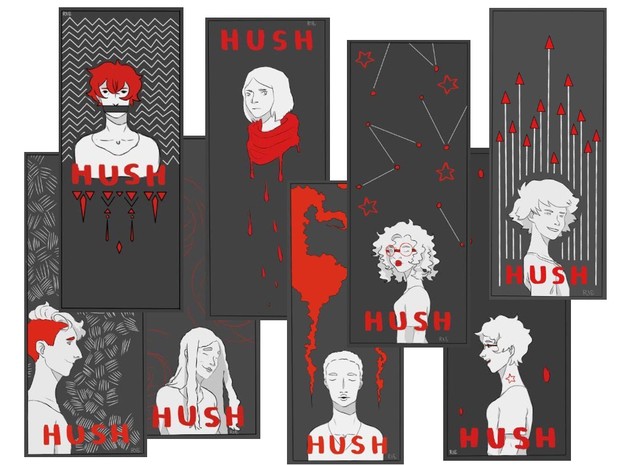 #HUSHPodcast: When Characters Have Social Media 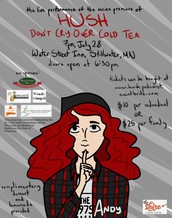 Join us for the live recording of the radio play "Don't Cry Over Cold Tea" on Thursday, July 28th at 7 PM at the Water Street Inn in Stillwater. Complimentary dessert and lemonade provided. Doors open at 6:30 PM.

The recorded production will air on the radio program Voices in the Valley on KLBB 1220 on Saturday, August 6th at 10 AM. After broadcast, the episode will be made into a podcast and become a part of the podcast series HUSH.

"Don't Cry Over Cold Tea" is written, produced and performed by secondary students on The Shire's Audio Drama Team who come from all over the St. Croix Valley on both sides of the river.

For more information, visit the event page on Eventbrite.
Get Directions

Mulligan's Stew, Coconut Encrusted Shrimp, Lobster Mac and Cheese, Walleye Fingers and many other culinary delights can be found at Charlie's Restaurant. Enjoy a lovely meal before the show finished off by complimentary desserts during the live performance of "Don't Cry Over Cold Tea". Show your ticket to "Don't Cry Over Cold Tea" to receive $5 off your purchase of $30 or more. Coupon only valid July 28th, 2016.

We are truly grateful for the support and encouragement of the St. Croix Valley Foundation, Water Street Inn, Kowalski's Markets, real estate consultant Wendy Gimpel, and The Idea Pad. It's thanks to YOU that this all happens 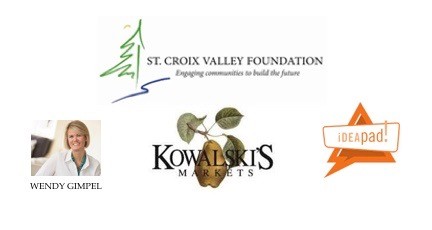 This project received funding from the St. Croix Valley Foundation and the Wisconsin Arts Board with funds from the State of Wisconsin. Thanks to Kowalski's Markets and real estate consultant Wendy Gimpel for their sponsorship, to the Water Street Inn for their hospitality, and to The IdeaPad for sharing with us an amazing creative space. Special thanks as well to the Stillwater Lion's Club and Spice & Tea Co. for their support.