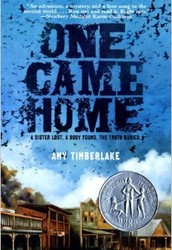 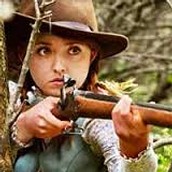 Thirteen year old Georgie is a young lady who likes to speak her mind no matter what people think. She is a very good shooter, the best in her town, with her grandfathers rifle. Georgia is always determined to do what she believes in. She is tall, smart, and kind. 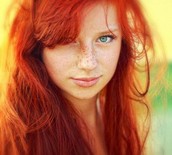 Agatha is a teenage girl with bright red hair is Georgie's older sister. She is now old enough to go to college but her family doesn't have enough money to send her to the school she wants to go to. Agatha loves her friends and family very much but is going to do anything to follow her dreams. 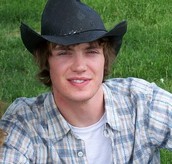 Billy is a neighbor to the Burkhardts and is about the same age as Agatha. He is a tall, smart teenage boy. He and Agatha used to be in a relationship together. Billye helps Georgie try to find Agatha. 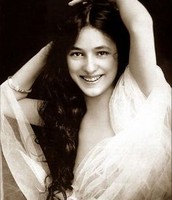 Ma is Georgie and Agatha's mother. she owns a store in the town they live in.

This story takes place in 1872 in a town known as Placid, Wisconsin. It is a small town with dirt roads and not many people live here.

Georgie has a problem with speaking her mind. When she blurts out something about her sister Agatha, that was none of her business, Agatha runs off with "pigeoners" . The sheriff returns to town a few days later with an unidentified body. everyone assumes the worst, that the body is Agatha, due to the blue-green dress that was found on the body. Georgie though, does not believe that her sister is really dead and is determined to find her. Georgie and Billy Mcabe set out to find where Agatha really is. They get caught up in a bunch of danger when looking for Agatha. Billy and Georgie stumble upon something that they shouldn't know about. Then, two men get angry that they found this stuff and start chasing them so they wont tell anyone. They had to figure out a way to stay alive so the to men wouldn't kill them. Once they finally escape and return home safely, Georgie is still very upset that they didn't find Agatha. She begins to loose hope that Agatha is sill even alive. Then, a couple of days later they get a letter in the mail. It just so happens to be from Agatha and it says she is alive and well. She just ran off to go follow her dreams and do what she wants to do in life. Now everyone is happy to know that Agatha is okay.

Amy grew up in Hudson, Wisconsin. She has written three books and has won the John Newbery Honor Award, Golden Kite Award, and the Edgar Award. She won the Nwebery Honor Award for One Came Home in 2014. She writes to entertain people. Besides writing, her other passions are cooking and taking photos. Amy Timberlake hopes to continue writing more books in the future.

I really enjoyed this book. I thought that it took me on an adventure back to the past. This book is filled with many exciting events. The fact that this book draws the readers attention the whole way through makes it an award winning book. i believe this book definitely fits the criteria to be a Newbery Honor book.