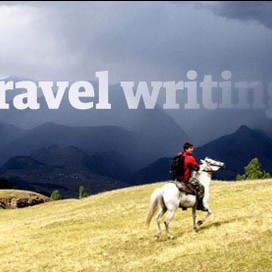 Westlake is using Smore newsletters to spread the word online.

Get email updates from Westlake:

I will be traveling to the beautiful city Berlin, Germany from April 16th to April 30th. The travel process starts from Denver, Colorado then to Newark, New Jersey where a four hour layover is expected. Soon after I will board the plane again and with patience I will reach my desired destination,Berlin,Germany.The cost for two passengers is $2,638.40. The travel cost for just one person is $1,184 plus tax and additional fees. Food is for purchase from Ten to Sixty dollars depending on which meal is being served.

Overall Price:$2,638.40 plus food and entertainment

I have chosen to stay at the Maritim Proarte Hotel Berlin during my long stay in Berlin. Though Hotwire.com had much to offer with cheap prices, Kayak.com had higher rated hotels and cheaper prices for such high class stays. The hotel I chose has much to offer including air-conditioning, fast high speed internet, a pool with a breath taking view of the entire city, an amazing sauna great for relaxing, a satellite TV, and even more than what I can describe. This 4.5 star hotel also offers concierge services, babysitting, currency exchanges, and two divine restaurants. All of this is accessible at only $120 a night plus food and other recreational activities.

The Hard Rock Cafe has much to offer with its amazing selection of food with costs starting anywhere from $27 to over a hundred dollars. The staff is friendly and knows how to speak English. Berlin also is one of the only European cities to lack in closing hours. Drink up and relax to a warm meal while you can!

The Berlin pass is rather expensive, at the minimum of $104, but offers SO much! With two to three days at your limit you get access to over 50 breath taking museums and attractions including, The Anne Frank Center, The Church of St. Nicholas, and The Charlie Checkpoint Museum where you can learn almost everything about the Berlin Wall. You get to also sightsee the wonders of this grand city through a river cruise! If you're willing to pay for such a great deal, then the key to beauty and rich history is yours.

Want a night to remember? Spend an even at Charolttenburg Palace. Though a bit pricey at a cost of $105 it's worth it. Start the night off with a self-guided tour in the palace known for its amazing art gallery and beautiful decor. After the tour enjoy a three course candle lit meal in the cozy theater accompanied by a breath taking performance.

Hungry For A Taste Of Berlin?

One of the most famous restaurants in the world and one of the greatest places to party in Europe, the Hard Rock Cafe in Berlin is a must for all tourists and a great place to stop by for food.

Back To The Past!

At your choice of two or three days you get an endless list of sightseeing options that will take you all across Berlin and back into a dark but beautiful past.

The Sound Of Berlin

Welcome to Charlottenburg Palace! Enjoy the three course candle lit meal experience and relax to the amazing performance of dancers, singers, actors, and an orchestra. Also treat yourself to a self-guided tour in this palace of wonders.

Berlin, Germany alone is known to have a very deep, dark, but rather amazing past. In the 1930's Adolf Hitler and the Nazi's came to power. This was a major factor of how World War Two was sparked. Many bombings and air-raids took place during 1943-1945 which demolished most of Berlin due to the war. Later on as years passed, another major issue arose, the Cold War. The Cold War was a sustained state involving mainly military, political, and economical tensions between the powers of the US, NATO, and others against the Soviet Union and its allies. Due to tensions rising higher, in August of 1961, the Berlin Wall was built, dividing Germany in two in an effort to block off the enemy. At the end of the Cold War in 1989, The Berlin Wall was destroyed. Germany became an entire country once more.

The culture of Berlin and Germany itself is rather different than others. Berlin holds many gay and lesbian festivals every year. All sexual orientation is accepted in Germany. My destination is also a hot spot for young adults. Many of the youth live or visit Berlin for the well excepting environment, party life, and or for the music, art, film, and pride festivals.

At Times Of War

A photo of World War Two during battle in Berlin.

Many native Germans sit on the Berlin Wall before its mighty fall. 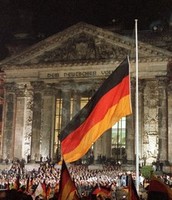 Many gather near the capital of Berlin to celebrate the event of permanently removing the Berlin Wall.

Problems to anticipate and solutions suggested

Honestly, Berlin has a bit of a messy transportation system. Stay out of the streets when walking. The streets can get crowded with cars and no German will stop for you. Many recommend taking a bicycle. In Fact many Germans prefer to ride bikes. It’s much cheaper and less of a struggle to try and squeeze yourself in one of the many packed buses. It also saves you the time of searching for a parking space and finding a gas station. (Finding a gas station in Berlin is like finding a needle in a haystack.) Just be careful! Some bike riders can peddle at lightning fast speeds.

Be aware of scammers and the issue of pick-pocketing. It is likely you'll come across a few of them during your stay. Some people will try and sell you tickets, others will steal your belongings by distracting you, and if you get really unlucky, you might get mugged. A smart solution to all of this is to carry cash only and to not keep it in your back pockets. People who pickpocket usually aim to steal from the back pockets from your pants. Carrying cash can also eliminate the possibility of your credit card and or your ID being stolen. Another solution for your stay in Berlin is to carry a can of pepper spray. Though it does seem a bit ridiculous, this idea maybe a must for all women who chose to travel alone at night. Many criminals chose to mug at night. Roaming the streets alone or with just a friend can increase the risk of an attack. It is rare, but it's better to be safe then to risk your life. My final tip for all the adults out there, don't get too drunk! Many will take the advantage of your stupidity if they get the opportunity.

With all my choices it was extremely difficult to choose, but after some smart decision making I knew where I wanted to go, Berlin, Germany. I choose to hop on to a United Airlines plane and I even got the chance to discover the wonders of Newark, New Jersey during my four hour layover. Once in Berlin I checked into my hotel and relaxed in the amazing sauna! The next day later I treated myself to a river cruise tour, thanks to my Berlin Pass, and had lunch at the Hard Rock Cafe. The rest of my trip included museum visits, restaurant stops, and a LOT of walking. The buildings and nature were all are just so beautiful! I managed not to get pick-pocketed but traffic was a bit of a messy issue. All in all, this was a trip I will never forget.

Westlake is using Smore newsletters to spread the word online.