shaffer is using Smore newsletters to spread the word online.

Get email updates from shaffer:

The international space station took ten years to build and with 46 flights in to space 36 us and nine Russia missions. With the help
of 100,000 people 16 countries all around the world.We use the ISS for experiments like biology, human biology, physics,astronomy, meteorology , microgravity and space environment.The ISS is as big as a football field.

The astronauts have to work out for two hours a day because of the low gravity, there missions last about six months. It takes a day to get ready to go out into space and takes about seven hours they have a total of 1,705 hours in space.The ISS has been visited by 196 people from eight different country's. 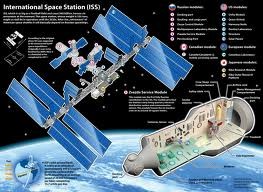 shaffer is using Smore newsletters to spread the word online.

Follow shaffer malone
Contact shaffer malone
Embed code is for website/blog and not email. To embed your newsletter in a Mass Notification System, click HERE to see how or reach out to support@smore.com
close