Sanaa is using Smore newsletters to spread the word online.

Get email updates from Sanaa:

Argentina and Canada in 2040

Argentina and Canada in 2040

To enter or immigrate to Canada you must have 67 points or higher. If more immigrants come into Canada it will help our economic growth. Canada looks for skilled workers, with that they could help make Canada a even more developed country. They use there knowledge and experience to get a job. In 2015 the Canada's Citizenship and immigration Minister announced the new "Express Entry". The Express Entry is a faster way to bring in more immigrants focused on meeting Canada's economic and labour needs. In 2040 more refugees will be entering Canada, due to fear or cruel inhumane treatment(or even death in his/her country. Canada comes in the top 10 safest countries, people will want to come and live peacefully in Canada.

populationpyramid.net
Population Pyramid of Argentina in 2015 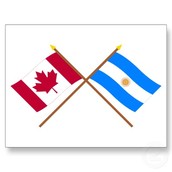 Ten facts about Argentina - All about Facts - Utubetips

Sanaa is using Smore newsletters to spread the word online.