kaden is using Smore newsletters to spread the word online.

Get email updates from kaden:

Where is the resource found?

The resource is found in the air there is colder air over water.

How is the resource formed?

Wind is air in motion. It is produced by the uneven heating of the earth's surface by the sun. Since the earth's surface is made of various land and water formations, it absorbs the sun's radiation unevenly. Two factors are necessary to specify. One 5th of the air is oxygen made from plants. 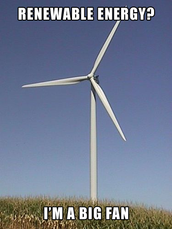 How is the resource used? 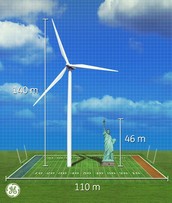 what cool facts can you find about wind energy?

Wind turbines are big. A wind turbine blade can be up to 260 feet long, and a turbine tower can be over 328 feet tall — taller than the Statue of Liberty.

The United States’ wind power capacity reached more than 61 gigawatts by the end of 2013. That’s enough electricity to power nearly 16 million homes annually — more than the total number of homes in the entire state of California — and represents nearly a 20-fold increase in capacity since 2000.

what is one innovative alternative energy form you discovered?

kaden is using Smore newsletters to spread the word online.