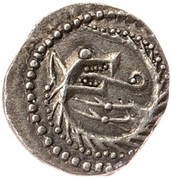 Wergild- money paid to the relatives of a murder victim in compensation for loss and to prevent a blood feud.

Wergild- the value of a man's life, payable to his family by his murderer. The accused doesn't always have to pay with his life as a consequence for his guilt in a murder (economic sanctions may be paid to the court). 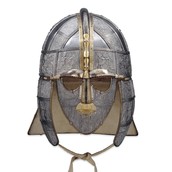 Wergild- a type of "blood price" paid in compensation for a man's death in order to prevent a blood feud. In other words, compensating for a man's life with money. 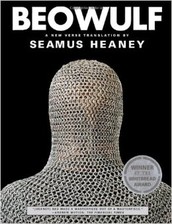 "Then the gold hilt was handed over to the old lord, a relic from long ago for the venerable ruler. That rare smithwork was passed on to the prince of the Danes when those devils perished; once death removed that murdering, guilt-steeped, God-cursed fiend, eliminating his unholy life and his mother's as well, it was willed to that king." (l. 1677-1684)

"Now and then some trivial argument would break out, and one of them would kill another one . . . and they'd consider the case and they'd either excuse him, for some reason, or else send him out to the forest to live by stealing from their outlying pens like a wounded fox." pg. 32 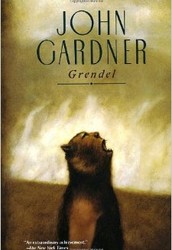 In Beowulf, the connection between someone's life and its monetary value based on their strength or heroism is much more prominent than in Grendel. Though in Beowulf there are no exact examples of wergild in a man-to-man interaction, there are many describing the deathly interactions of man-vs.-monster. After killing Grendel's mother, Beowulf is able to bring to Hrothgar an extravagant sword he found in her lair. This is the price of her death, her worth; she was a formidable opponent, and so the sword is of high quality as well. Beowulf's death, as a result of his fight with the dragon, is its treasure.

In Beowulf, the "cost" (though not monetary) of Grendel's death is a man close to King Hrothgar, whom Grendel's mother kidnaps and kills from the mead-hall. Similarly, in Grendel, there is never a mention of money as compensation for a man's death; when one man kills another in the meadhall, he men either "excuse him" or "send him out to the forest" to live in isolation. Grendel, as well, kills without thought of compensation. Therefore, Grendel does not deal so much with upholding the value of wergild, but rather with abandoning it.