Clarendon is using Smore newsletters to spread the word online.

Get email updates from Clarendon: 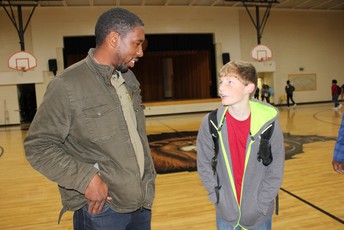 Dr. Conyers is a graduate of Manning High School and attended North Carolina Agricultural and Technical State University where he graduated with a Bachelor of Science in Bioenvironmental Engineering.

“I owe a lot to Coach (Michael) Haynes,” Dr. Conyers said. “He told me about the USDA scholarship and I was able to go to college on a full ride.”

After college, Dr. Conyers earned a PHD in Mechanical Engineering and Materials Science from Duke University. He moved to New Orleans after securing employment with NASA Stennis Space Center, working as a structural dynamicist. While in New Orleans, Dr. Conyers interest in BBQ re-emerged. His mastery of old fashioned South Carolina style whole hog pit-cooked barbecue has garnered him lots of attention, including an episode of the Cooking Channel’s Man Fire Food.

During his visit, Dr. Conyers stressed to our students to be careful on social media.

“Use your cell phones as a tool, not just a way to check social media,” he said. “Whatever you do on social media, Whatever picture you take or tweet you do, it goes somewhere. That is a recorded memory forever. It may come back to haunt you later in life.”

He also thanked the students for using social media, with a chuckle, “I own stock in FaceBook so, I appreciate y'all using it.”

He thanked his parents for encouraging him to study hard and the importance of education. “I wouldn’t be where I am today without them.” 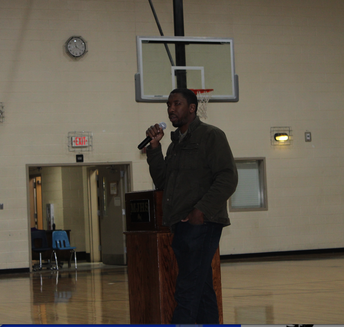 Dr. Conyers says he is so proud to be from Manning, SC and enjoys coming home and giving back 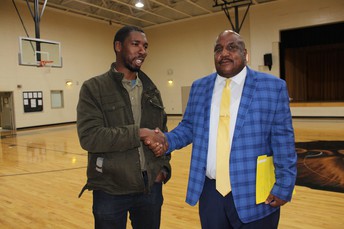 Coach Michael Haynes thanks Dr. Conyers for his visit. 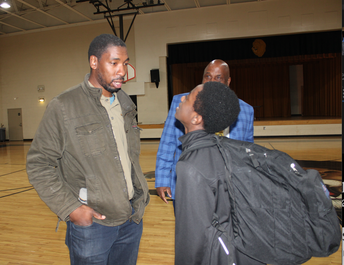 Students speak with Dr. Conyers after the assembly to ask questions.

Juniors at MHS received their class rings on Tuesday, October 22 in the lecture hall of Manning High School. Parents were presented with their child’s class ring by Mrs. Moultrie-Goldsmith and in turn, the students were presented with their rings by their parent(s)/guardian along with the meaning of the class ring and its significance in the life of a high school student. Mrs. Bramlett, junior class advisor facilitates the program for over sixty juniors. Several parents received parent rings in conjunction with the students receiving student rings. Light refreshments were served as the conclusion of the ceremony. 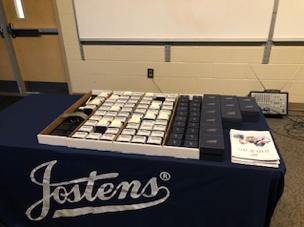 Class rings prepared to be presented to students. 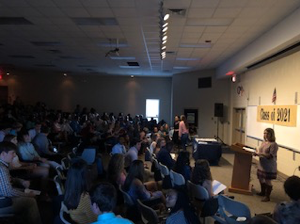 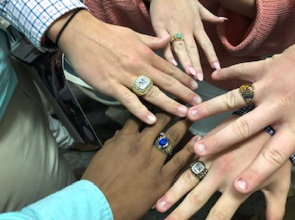 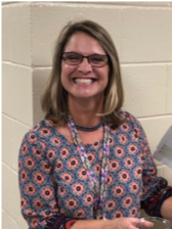 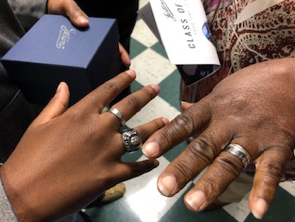 Parent and student display the student ring and parent ring. 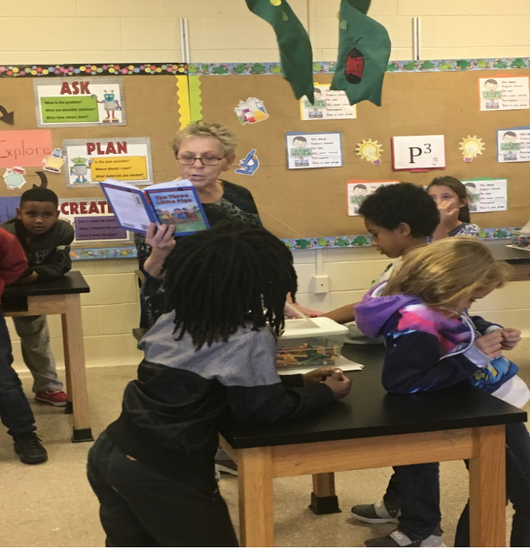 This picture is from the STEM Lab at Manning Primary School. Ms. Ann Ward-Thigpen read to the students from Mrs. Sashanna Dwyer-Drummond’s 3rd Grade Class an alternative ending to the "Three Little Pigs". Students were asked to sketch a house to build. Once the sketches were completed the students could start building the house with their materials. Students learned about the careers of an architect and how to work with builders to build structures. Students also learned that some materials work better than others.

Clarendon is using Smore newsletters to spread the word online.

Follow Clarendon Two
Contact Clarendon Two
Paste in your blog/website to embed.
Aa Aa Aa
High Contrast Mode
Use the box below to choose the language: