ward is using Smore newsletters to spread the word online.

Get email updates from ward:

Events in the French Revolution

Events in the French Revolution

Noblemen were making speeches, and declaring their love of liberty and equality on the night of August 4, 1789. They joined other members of the National Assembly which made the commoners equal to the nobles and clergy. The following day, the Old Regime was dead. In 1791, Louis XVI and his family tried to escape from France to the Australian Netherlands. His attempted escape increased the influence of his radical enemies in the government.

In September 1791, the new constitution was completed by the National Assembly which Louis XVI approved. This constitution took away a majority of the kings authority. Even though that happened, the king still had the authority to enforce laws. Even though the new government was created, the previous issues still endured. Although this new government was established, emigres, nobles, and others who had fled France had hoped to undo the Revolution and to reestablish the Old Regime. 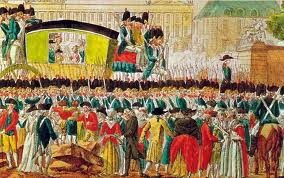 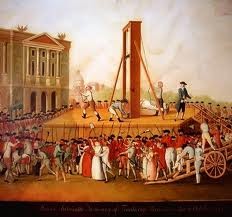 In 1788, Louis was forced to reinstate France's National Assembly which quickly diminished the king's powers. In July of the following year, the mobs of Paris stormed the hated prison at the Bastille. "Feeling that power was shifting to their side, the mob forced the imprisonment of Louis and his family." (Website) Louis attempted escape in 1791 but was captured and returned to Paris.

The French Republic had more enemies besides foreign armies. France and the Jacobins shared many enemies. For example peasants, priests and rival leaders. They did not know how to contain these enemies which led to a central issue. Maximilian Robespierre gained power in 1793. Him and his followers were in suit to build a "republic of virtue" by getting rid of every evidence of France's past. That led to a big controversy. 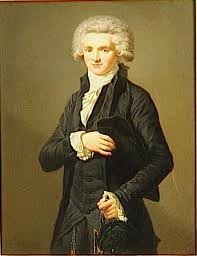 End of the Terror

In July of 1794, a few of the members of the National Convention rebelled against Robespierre. They had ensured that he be arrested and then executed. On July 28, 1794 the Reign of Terror had ended. That was the worst phase of the French Revolution. This ended because of the event when Robespierre went to the guillotine. After Robespierre's death, the French's opinion changed dramatically. Different classes of people were tired of the unreasonable prices for salt, bread, and other needs for life. These were the affects of the end of terror.

ward is using Smore newsletters to spread the word online.