With many Dr. Seuss Characters

With many Dr. Seuss Characters

What The Story is about

This is a musical about a young boy named JoJo who lives with his parents Mr.Mayor and Mrs.Mayor on the the smallest planet Whoville. An elephant named Horton discovers it but the rest of the jungle animals don't belive Horton and then things become exciting... 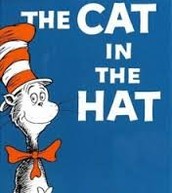 Oh the Thinks you Can Think

The Cat in the Hat is a quirky fun animal how is very fast paced and keeps things moving. He makes friends with JoJo and quickly gets JoJo thinks going.

Gertrude is a bird with a one feathered tail. She loves Horton and always tries to impress him. She even grows her tail. 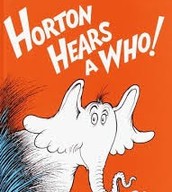 A Persons a Person no Matter How Small

Horton is a kind elephant who tries to save Whoville even if people are mean. He makes friends with JoJo and the two of them compare thinks.
MET - Seussical the Musical (Trailer)
Paste in your blog/website to embed.