-Nothing But The Truth-

-Nothing But The Truth-

Golden Dawns... The New Thing To Buy* By: Tangerine Produce

Luis Cruz is a young man who lives with a family who loves the tangerine business. He has invented a new type of tangerine called the Golden Dawn. This delicious fruit has no seeds and has more juice. It's sweet too! "We are working on keeping them alive through the freezes" says creator Luis Cruz. Lets hope that they make it because no one wants to miss out on trying these amazing tangerines! Only $5.99 per lb!

The Death Of Luis Cruz- What Really Happened By: Tino Cruz

Luis Cruz, the creator of the golden dawn's is dead. He was found by his father lying in the middle of the grove after he did not show up to get his younger siblings from school. Some people want to go further into investigation but the doctors think it's only because he might have been hit in the head with all of the frozen branches falling in the grove causing aneurysm. Luis dedicated his life to the new tangerines so it makes sense. Everyone please say a prayer for Luis and his family tonight, we will all miss him.

Antoine Thomas came to my house crying with Coach Betty Bright and all he said at first was, I lied! It turns out that Antoine lives in Tangerine and is not eligible to play at or go to school at Lake Windsor HIgh. With this shocking news all records he has gained on this team will be erased. Thank you for telling the truth Antoine. He says he was feeling sick at heart and wanted to reveal what he had to. 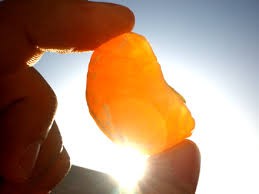