Dev is using Smore newsletters to spread the word online.

Get email updates from Dev:

The Hunger Games by Suzanne Collins is about a girl named Catness who voulenteerd to be tribute for her sister in the Hunger games wich is the fight till death there are 12 districts and in each they pick one boy and one girl a total of 24 people and the bot selected from distric 12 is Prim this book is an action, and thriller you will be sitting on the edge of your seat while reading this book.

When the Hunger Games started there was a group that killed everyone one by one and then they would figh each oth but when they went for catness she climbed a tree and dropped a bee hive and killed one of the group members then they stopped going for her. 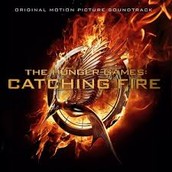 Dev is using Smore newsletters to spread the word online.