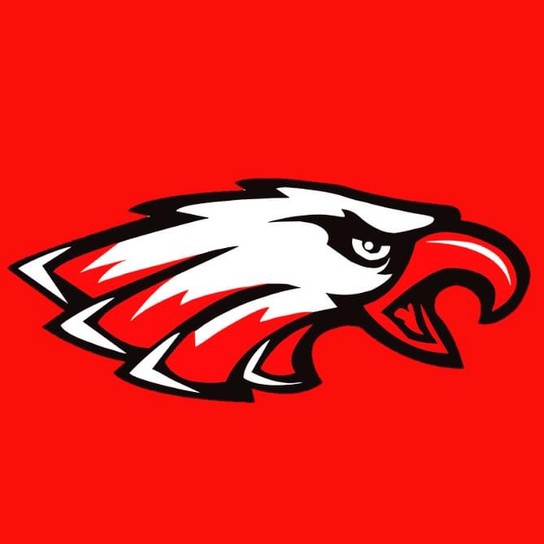 Argyle is using Smore newsletters to spread the word online.

Get email updates from Argyle:

Home of the latest news, photos & videos in Argyle ISD

Home of the latest news, photos & videos in Argyle ISD 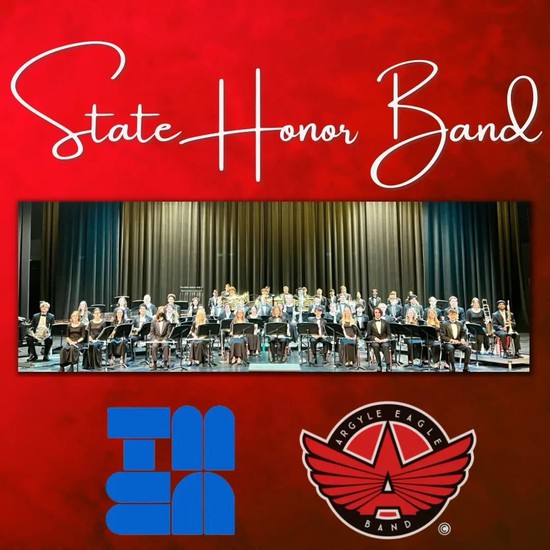 Huge congratulations to the Argyle Wind Ensemble as it was named the 2022 Texas Music Educators Association Class 4A Honor Band! This is equivalent to winning the State Marching Contest.

Last spring, the Wind Ensemble prepared and recorded literature for the TMEA honor band competition. The submitted recordings were adjudicated by a panel of esteemed directors at each round. Schools must finish at the top of each round to advance to the next.

The Argyle Wind Ensemble finished first at Area, first at State Prelims, and was named the 4A State Honor Band (Champion) in the final round. 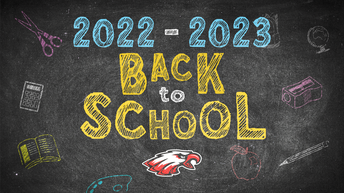 Argyle ISD students return to school for the 2022-2023 year on Monday, Aug. 15. To help prepare our Eagle families for the new year, we have provided important back-to-school information on the Argyle ISD website that includes school supply lists, school start times, bus information and more.

Please visit Argyle ISD's website for all this vital information related to the start of school. 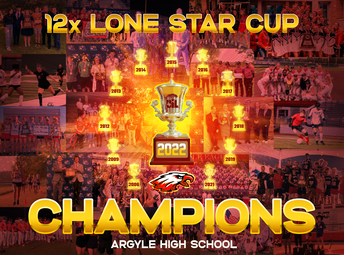 Argyle High School has a few of these! AHS continued its tradition of excellence during the 2021-2022 school year.

Argyle was officially announced Friday, July 1, 2022 as the University Interscholastic League Lone Star Cup Class 4A state champion. The Eagles won this year’s championship in record-breaking fashion. Argyle scored a state-record 168 points, marking the most points in the history of the award (all classifications) dating back to its start in 1997-1998. 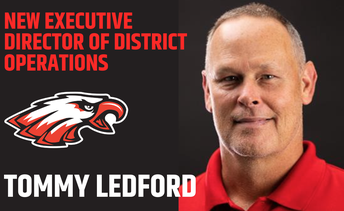 The Argyle ISD Board of Trustees approved the hiring of Tommy Ledford as the new Executive Director of District Operations during the Monday, July 18 regular meeting. This is a new district leadership position that was added to start the 2022-2023 school year.

"Tommy Ledford is an outstanding choice as the Executive Director of District Operations," Argyle ISD Superintendent Dr. Telena Wright said. "Mr. Ledford has demonstrated a depth of knowledge in maintenance and transportation and will continue to be a true asset to the district in this new role." 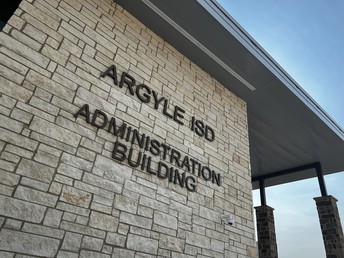 During Monday's regular School Board meeting, Trustees approved the purpose and the charge of the 55-member committee. The committee is comprised of parents, teachers and staff in Argyle ISD and will soon host its first meeting.

CLICK HERE to read more about the HS Advisory & Planning Committee, including a list of the members. 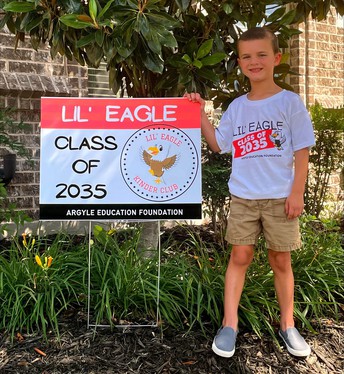 The Argyle Education Foundation's Lil' Eagle program is ready to soar this August. The program welcomes all the youngest Eagles into Argyle ISD and all money raised goes back to support the teachers and staff of AISD.

Join the program and receive... 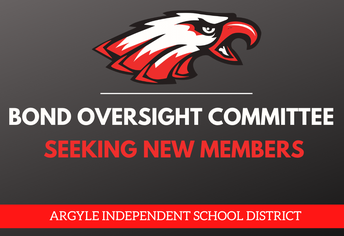 Interested in serving on a committee? The Bond Oversight Committee is seeking new members.

Parents, Argyle ISD staff and community members are invited to apply for consideration on this volunteer committee, which reviews the district’s implementation and expenditures of the 2017 and 2022 bond projects.

The BOC will meet every two months in-person at the Argyle ISD administration building and the first meeting will be held later this summer. 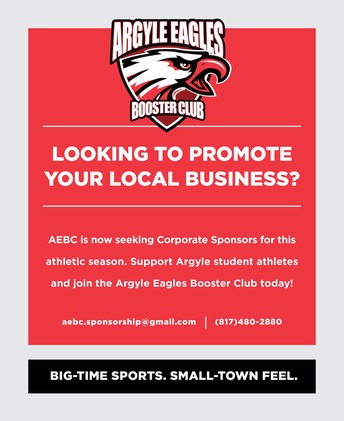 Looking to Sponsor and Advertise Your Business?

Deadline for commitments is Friday, July 29! 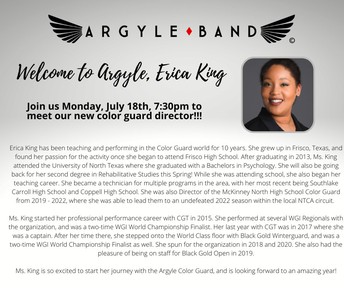 Join us with a big Argyle welcome to the new Argyle Band Color Guard Director Erica King! She has been teaching and performing in color guard for 10 years. She became a technician for multiple programs in the area including serving at both Carroll and Coppell.

The band held a meet-and-greet with King earlier this week! Welcome aboard!

Students will be emailed parking information and the link to register for a parking pass on TUESDAY, JULY 26. Please encourage your student to check their AISD school email regularly to be aware of the details regarding registering for a parking pass and what items are necessary to complete this process.

Parking registration will be completed online using the link emailed to AHS students and will open on WEDNESDAY, JULY 27 at 8 AM. 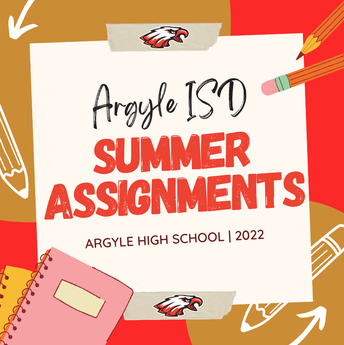 Looking for high school summer assignments? Not to worry, they are posted on the Argyle High School website. These links also include the AHS summer reading assignments. 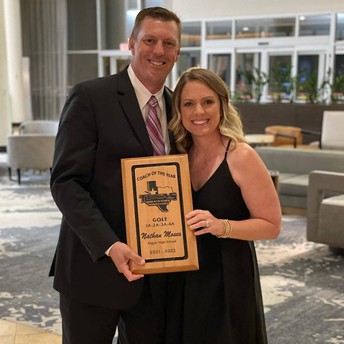 What an honor for Coach Nathan Moses! He was named the Class 1A-4A Texas Girls Coaches Association Coach of the Year!

Moses led the Lady Eagles to the Class 4A state title in 2022 for the second consecutive year. During his tenure, he has elevated the Lady Eagles program into a perennial power and will lead the team into the first year of Class 5A competition during the 2022-2023 school year. 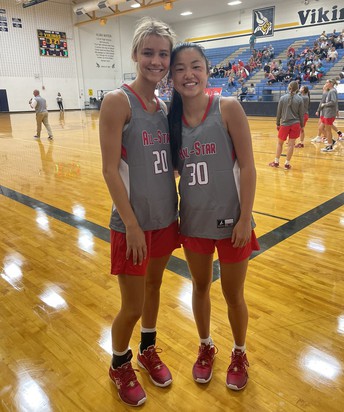 Lady Eagle guards Madi Lumsden and Ashlin Crabtree both played on the Class 1A-4A Red team that was coached by Joe Crabb from Stamford High School. Crabtree finished with 13 points and Lumsden had five points and six assists helping lead the Red team to victory.

Both players are returning starters this upcoming year for the Lady Eagles. Argyle finished as a Class 4A state semifinalist in 2021.

Argyle ISD is proud to partner with local businesses and organizations in the community. Through the partnerships, the district is able to provide additional resources for teachers, staff and students in the district.

The partnership opportunity provides businesses and organizations an exclusive opportunity to connect with our district in so many ways. We would love to partner with you! 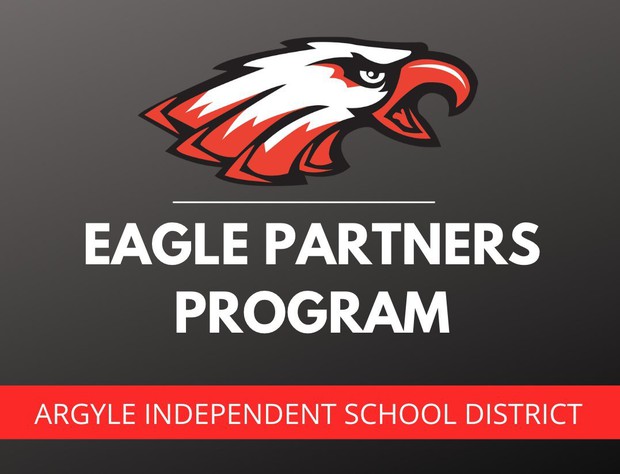 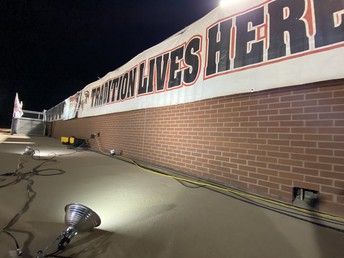 Argyle ISD is a fast-growth public school district in the Dallas-Fort Worth area with more than 4,400 students and 500 employees. The District includes five campuses. Argyle ISD is a 12-time UIL Lone Star Cup Champion. The Eagle Extra! Newsletter is produced by the Argyle ISD Communications & Marketing Department.

To submit stories or a possible photo of the week for consideration, contact Rick Herrin, Argyle ISD Director of Communications at communications@argyleisd.com.

Argyle is using Smore newsletters to spread the word online.