"From Stettin in the Baltic to Trieste in the Adriatic an

"Iron Curtain" has descended across the continent.

Behind that line lie all the capitals of the ancient states

Sofia; all these famous cities and the populations

around them lie in what I must call the Soviet sphere,

and all are subject, in one form or another, not only to

Soviet influence but to a very high and in some cases

increasing measure of control from Moscow."

In 1947 George Kennan authored the "X" article in Foreign Affairs Magazine laying a policy of containment that the United States would follow for decades. The origin of the "X" article was the "long telegram" that state department official Kennan had sent to his superiors in 1946.

In 1948 the Soviets and East Germans attempted to shut down access to West Berlin, inside of East Germany. The Western response was the Berlin Airlift that kept West Berlin open and free.

The Truman Doctrine was a containment policy first applied in Greece and Turkey between 1946 and 1949.

The North American Free Trade Agreement (NAFTA) was signed into law in 1994. It created one of the world's largest free trade zones between the United States, Mexico, and Canada. There has been wide disagreement in evaluating its results between labor and business groups.

The General Agreements on Tariffs and Trade (GATT-1994) was signed by over one hundred nations. It created the World Trade Organization (WTO) to regulate international trade and provided a

"..."substantial reduction of tariffs and other trade

barriers and the elimination of preferences, on a

Since the terrorist attacks on September 11,200, there has been great domestic and foreign policy emphasis on stopping terrorists.

The Patriot Act (2001) was passed to provided for means to stop terrorist actions in the United States. Major tenets of the Patriot Act included greater access to wiretaps and intensified surveillance of both individuals and groups.

The Transportation Security Administration (TSA) was created in 2001 to provided security for air travelers and currently employs over 40,000 security agents.

Wars were fought in Afghanistan to end safe havens for terrorists and Iraq to rid Iraq of what we believed that they had - "weapons of mass destruction".

The United States' naval base at Guantanamo Bay was turned into an incarceration facility for "enemy combatants". 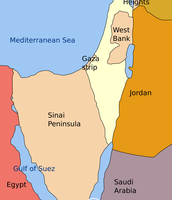 In June of 1967 war broke put between Israel, Egypt, Syria, and Jordan. Hostilities had been intermittent since Israel's creation in 1948.

The Six Days War was a total victory for Israel gaining the Sinai Peninsula (Egypt), the Golan Heights (Syria) large areas on the west bank of the Jordan River (Jordan), the Gaza Strip, and East Jerusalem. An additional result of the war was over 200,000 Palestinians fleeing land now controlled by Israel.

Since 1967, up to and including today, Israelis living in these areas have been deemed as settlers by the Israeli government or oppressors in the "occupied territories" by the majority of the Arab governments.

In 1973 Egypt and Syria invaded Israel on the Jewish Holy day of Yim Kippur (Yom Kippur War) and experienced some early successes. The Untied States and Soviet Union became involved with the heavy resupplying of each side (eg - USSR - Egypt). Eventually, Israeli defense held.

Today (2015) some of the major difficulties stopping a formal peace agreement in the Middle East are:

1. The status of East Jerusalem - both the Palestinians and the Israelis want it

2. The status of Palestinian refugees (from the six days war). Can they return and are they owed monetary damages?

3. The status of "Israeli settlements" or "occupied territories" on the west bank of the Jordan River.

For decades American companies extricated most of the natural wealth from Latin and South America (including Cuba) by companies (Oil refineries in Cuba and United Fruit in much of the rest of Latin America), leaving Cuban workers and the economy little to reap from their own natural and human resources.

Additionally the United state propped up brutal dictators such as Fulgencio Batista who staged a military coup in 1952 and was responsible for public assassination of thousands while president.

In 1959 Fidel Castro overthrew Batista and eventually established a Communist state in alliance with the USSR.

In 1960 the United States instituted a full trade and travel embargo against Cuba.

In 1961 a CIA trained group of Cuban exiles invaded and attempted Cuba and attempted to overthrow Castro through an invasion at the Bay of Pigs.

In 1962 hostilities between the United States, Cuba, and the USSR escalated to the point of near war with installation of Soviet missile bases in Cuba. The Cuban Missile Crisis ended with the USSR dismantling their bases and the United Sates agreeing to remove NATO missiles from Turkey.

Since the 1960s, the relationship between Cuba and the United States has been extremely strained for many of the following reasons (not exhaustive):

1. US Operation of the military base at Guantanamo Bay on Cuban Soil without the permission of the Cuban government

3. The ongoing trade and travel ban

4. Cuban aid to groups the United States considers terrorists. The United States labeled Cuba a state supporter of terrorism in 1982 and recently (2015) lifted that designation.

5. The political strength of the Cuban exile population in Florida

Recently (2105) The United States has taken Cuba off of its list of state sponsors of terrorism and the two countries are taking steps (very slow steps) to normalize relations. 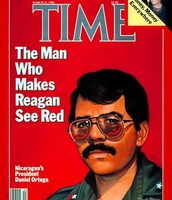 The Unites States supported the overthrow of what it perceived to be left leaning or Communist governments. This included Guatemala in 1954, Brazil in 1964, Chile in 1973, and significant illegal support (violation of the Boland Amendment) of the Contras in Nicaragua by President Reagan in the 1980s.

Manuel Noriega ruled Panama from 1983 to 1989 and was forcibly removed from power and his country by the United States' military. Noriega was tried under multiple drug trafficking, racketeering, and money laundering charges. Noriega was released form prison in the United states in 2010.

Since the middle of the 20th century the United States has had strained relations with many western hemisphere nations.

Woodrow Wilson moral diplomacy or "missionary diplomacy" was a significant departure from Teddy Roosevelt's "gunboat diplomacy" (eg taking of Panama Canal). However, refusing to recognize a Mexican government that came to power by force (immoral) proved to be ineffective.

"The definite policy of the United States from now on is

one opposed to armed intervention"

JFK's Alliance for Progress (1961) sought to improve both economic and political cooperation among Latin American nations and the United States and promote freedom and guarantee non-imperialistic actions.

"..to build a hemisphere where all men can hope for a

suitable standard of living and all can live out their lives

in dignity and in freedom. To achieve this goal political

freedom must accompany material progress...Let us

once again transform the American Continent into a

vast crucible of revolutionary ideas and efforts, a tribute

to the power of the creative energies of free men and

women, an example to all the world that liberty and

progress walk hand in hand. Let us once again awaken

our American revolution until it guides the struggles of

people everywhere-not with an imperialism of force or

fear but the rule of courage and freedom and hope for

the future of man."

President Carter - Linkage 1976-1979. Limkage was "...linking trade, arms control, and improved relations with Soviet behavior in world affairs and in the regime's human rights policies." (AmericanForeignRelations.com). For example, after the Soviet invasion of Afghanistan, the United States boycotted the 1980 summer Olympic games in Moscow.

Helsinki Accords - President Ford - 1975. The Accords attempted to both create better relations between the east and west as well as provide a minimum standard of international human rights.

further the lines of communication between peoples of

East and West. ... We are not committing ourselves to

anything beyond what we are already committed to by

our own moral and legal standards and by more formal

treaty agreements such as the United Nations Charter

and Declaration of Human Rights. ... If even a part of it

succeeds, the lot the people in Eastern Europe will be

that much better, and the cause of freedom will advance

at least that far." 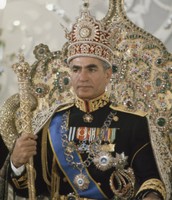 In several instance the Untied States has backed, for long periods of time, brutal dictators who are eventually overthrown and expelled form their nation.

Fulgencio Batista - Cuba came to power in a coup in 1952 - overthrown in 1959. Batista was compliant with whatever the the United States governments and corporate America wanted from him. He was responsible for the deaths (executions and assassinations) of thousands of his countrymen. Batista was replaced by Fidel Castro.

Anastasio Somoza DeBayle was the last of his family to rule Nicaragua for over 60 years. The Somozas were noted for repressive rule and the death of thousands of their countrymen. Additionally, they looted billions of dollars from the country of Nicaragua. Somoza was overthrown in 1979 by the Communist Sandinistas.

Reza Pahlavi, "The Shah of Iran" orchestrated a coup, with the aid of western intelligence agencies, over Mohammad Mosaddegh who had been chosen Prime Minister of Iran (1951-1953). Responsible for long standing oppression of his people the Shah was overthrown by a religious group led by the Ayotollah Khomeni in 1979.

Ferdinand Marcos led the Philippines form 1965 -1986, 1972-1981 under martial law. Marcos government re[pressed free speech (only state run press) and confiscated many private businesses to be distributed to his friends and family.

The Marcos government was responsible for the arrest, torture, and execution of tens of thousands of his countrymen. Additionally, Marcos took hundreds of millions of dollars of his country's wealth.

Although it did not avert World War II, The Washington Naval Conference (1921-1922) was the first successful attempt at creating a treaty to reduce dangerous weapons. The naval conference agreement sought to reduce the number of capital ships.

JFK - 1963 Nuclear Test Ban Treaty . The USSR and the US agreed to cease testing above ground, under water, and in space. As JFK said in a commencement address at American University the spring of 1963. In 1996, 71 nations signed a comprehensive Nuclear Test Ban Treaty. However it was defeated in the United States Senate.

"If we cannot end our differences, at least

we can help make the world a safe place for diversity."

In 1972 President Nixon and Soviet Leader Leonoid Brezhnev signed what became known a the Strategic Arms Limitation Treaty (SALT). This treaty banned the development of anti Ballistic Missile systems and significantly decreased the number of short range missiles. Nixon and Kissinger's new detente with the USSR led to future agreements.

SALT II was negotiated by President Carter and President Brezhnev. It would have further limited existing weapons and the building of future nuclear weapons. It was never ratified buy the United States Senate.

Through the Intermediate Range Nuclear Forces Treaty (INF - 1987) President Reagan and Soviet leader Gorbachev agreed to the destruction of over 2,500 atomic weapons.