Hazel is using Smore newsletters to spread the word online.

Get email updates from Hazel:

Effects of ocean acidification on gastropods and shellfish

Effects of ocean acidification on gastropods and shellfish

To observe the affects of an egg in three different solutions, all with different pH levels. These solutions are distilled water, vinegar and half distilled and vinegar. 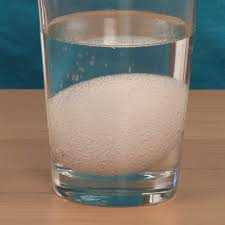 2. What species are currenlty being affected the most by changing pH levels?

Marine organisms, like corals, muscles and others with shells with CaCO3 would be affected the most by changing pH levels, because their shells would be disolving.

3. What is causing ocean acidification?

Through conducting this experiment, it was learnt that the shell of an egg could dissolve in solution like vinegar, with a lower pH level; as said in the background information.

As discussed in the questions the change in pH levels in the world's oceans could have a dramatic effect on animals with Calcium Carbonate (CaCO3) as their shells. Their shells would start to bubble up and dissolve making the shell rubbery. This would mean that some animals wouldn't be able to survive on these conditions because their characteristics aren't suited for different conditions like these. If this change in with the pH levels changing in the world's oceans, soon these animals, like muscles with Calcium Carbonate as their shells would start to decrease.

Hazel is using Smore newsletters to spread the word online.