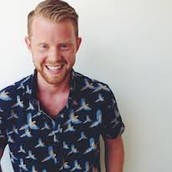 George McGraw is an entrepreneur, innovator, human rights activist, and cultural change agent. George is the Founder and Executive Director of DIGDEEP. By day, you can find him at DIGDEEP HQ in Downtown LA or catching a flight from LAX.

With a B.A. in Political Science and Philosophy from Loyola University and a graduate degree in International Law from the United Nations University in Costa Rica, George has quickly become a well-known expert in water issues. His unique perspective on the massive global water crisis inspired him to create DIGDEEP, a one-of-a-kind human rights nonprofit dedicated to water access. DIGDEEP helps developing communities build and manage their own water utilities, while teaching young Americans to use their own resources more intelligently via educational programs like the 4Liters Challenge. In addition to its projects in East and West Africa, DIGDEEP is the only global water organization bringing clean water to communities in the U.S. -- where more than 1.7 million people still don’t have it.

George wants to change the way everyone thinks about water. He lectures at well-known universities around the world (including schools in Kashmir, Japan, and the U.S.) and is a contributing author for the Huffington Post, RealClear, and various law reviews. He’s been featured by dozens of popular news outlets like NPR, CBS and Fast Company and has been invited to speak at events hosted by the Clinton Global Initiative, TEDx, the World YMCA and Ford Motor Company. Previously, he worked for several foreign governments and consulted for the U.N. Development Programme in Afghanistan.

Watch "Why You Don't Care About Water: George McGraw at TEDxMalibu" Video at TEDxTalks

tedxtalks.ted.com
Water access may be the most difficult problem humans have ever faced. Still, Americans use hundreds of gallons of water every day without thinking. If we can learn to love our water, it just...

Follow DSIL Global
Contact DSIL Global
Paste in your blog/website to embed.
Aa Aa Aa
High Contrast Mode
Use the box below to choose the language: