Neelam Gupta Appointed to School Board

Middle & High School Proposed Plans: Give Us Your Feedback

Updated Guiding Principles for Reopening During a Pandemic 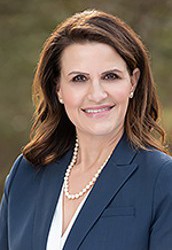 We are sending The Summer Current a few days early because like many of you, our summer schedules are slightly different, and this week necessitates sending The Summer Current today. Our team has been working very hard to solve the incredibly complex puzzle of reopening schools while abiding Oregon Department of Education requirements. Foremost in our thinking is the health and safety of staff and students, alongside the intention to provide supports for our most vulnerable learners. In our planning, we are consulting regularly with our Education Associations, and getting input from families and staff. Today we also have some new developments to share below, from new appointments and new hires, to recommitments for creating a culture of belonging and educational excellence. Thank you for your continued engagement as we create the roadmap for reopening LOSD schools for the 2020-2021 school year. 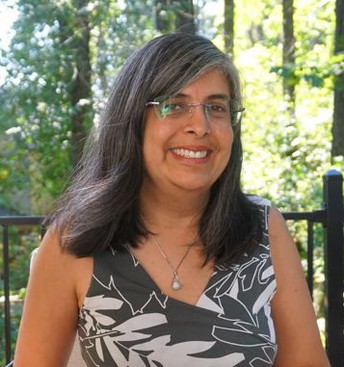 Neelam Gupta Appointed to School Board

The LOSD School Board unanimously voted to appoint Neelam Gupta to director position 2, and Director Sara Pocklington to board chair. Their terms begin immediately in replacing Senator Rob Wagner who was serving as board chair. The board also unanimously voted to appoint Director Kirsten Aird as vice chair, effective July 1, 2020, when Director Liz Hartman’s term as vice chair ends.

Gupta, who has a 30-year history with Lake Oswego, brings to the school board significant district, school, community and professional experience. Most recently, she served as co-chair of the Lake Oswego School District’s Diversity, Equity, and Inclusion Advisory Committee, co-chair of the Learning Levy campaign, co-treasurer of the Lake Oswego Junior High Parent Club, and vice president of the Lake Oswego Schools Foundation. Gupta was slated to serve as the president of the Foundation, but will step down from that position to serve on the school board. Gupta also volunteers with LO for Love, Respond to Racism, Hunger Fighters and National Charity League. Professionally Gupta is a strategic health care leader who has made a career of advancing equity for diverse communities in cross-sector, multi-million dollar initiatives.

Gupta was appointed by board members Vice Chair Hartman and Directors Aird, Pocklington and John Wallin. She was selected from a pool of 24 applicants and three finalist interviews conducted on Monday, June 15. Gupta will serve on the board for the next school year; position 2 will be up for election in May 2021 for a four-year term.

Position 2 was made open with Senator Rob Wagner's resignation. Wagner was recently elected Majority Leader of the Oregon State Senate. Because of the demands of his new role during this critical time in our state, Wagner resigned from the School Board, effective June 22. During his three year tenure on the school board, Wagner put diversity, equity and inclusion front-in-center as part of the board's decision making process. He helped form the DEI Advisory Committee. Wagner helped pass an increase in the local option Learning Levy which helps fund nearly 15 percent of the district's operating budget.

“We are extremely proud of Rob and thankful for his service,” said Hartman. “Rob set the tone with his passion for equity and leadership in advocating for each and every one of our students. With the appointment of Neelam to the board, I am confident we will continue championing an equity mindset and advocating for the anti-racism movement in our LOSD community.”

The School Board meets next on Monday, July 27.

The Lake Oswego school board of directors approved an anti-racism resolution condemning racism and committing to being an anti-racist district. This anti-racism resolution furthers LOSD’s work in diversity, equity and inclusion by emphasizing the work of intentionally eradicating systemic racism in our instruction and institution, to cultivate a community of belonging. A resolution is more than words. It affirms values, prioritizes resources and creates accountability.

In June 2019, the school board approved LOSD’s Equity Policy, setting the stage to further our work in educational equity. The anti-racist resolution signals actions that the work of anti-racism action will be a greater focus for LOSD moving forward.

As parents, educators and community members, we have a responsibility to support our young people in understanding the world. This antiracist resolution is an important step outlining steps toward that goal. 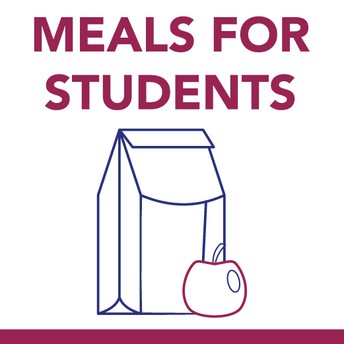 LOSD is able to extend its meal service through Aug. 24. Grab-and-go meals are available for pick up once a week on Mondays, 10:30-11:30 a.m., from one location at Lake Oswego High School. Students may to pick up four days of meals at this single pickup.

Christopher Coleman has been hired as the new athletic director and assistant principal for Lake Oswego High School. He is replacing Brigham Baker, who has been hired as the athletic director and assistant principal position for West Linn High School. Both will start officially in their new positions July 1, 2020.

“We will miss Brigham in a big way but are confident that he will do a great job at West Linn just as he did a great job here,” said Rollin Dickinson, principal, Lake Oswego High School. “Fortunately, we are bringing in Chris Coleman, who is outstanding. Chris is excited to be joining us, and we are excited to welcome him. We know he will be a positive force.”

Middle & High School Proposed Plans: Give Us Your Feedback

Oregon Department of Education guidance requires that each person in a space have a minimum area of 35 square feet assigned to them and strive to be at least six feet apart. Our middle and high school buildings are not large enough nor do we have enough staff qualified to teach secondary subjects to host all students at the same time while meeting this requirement. Constructing temporary classrooms, such as tents and portables, is time-delayed by at least six to nine months due to procurement/permitting and cost-prohibitive at a minimum of $300,000-$500,000 per four classrooms.

Please provide your feedback with this survey by Monday, June 29 at 10 a.m. Your input will help inform the direction LOSD heads on the road to reopening.

Updated Guiding Principles for Reopening During a Pandemic

Thank you to the more than 1,650 families and staff who provided feedback to the first draft of the Guiding Principles for Reopening Plans. Eight-four percent who responded agreed with them as written; 15 percent suggested some changes. We incorporated these suggestions into the following final LOSD Guiding Principles for Reopening During a Pandemic:

Two-thirds of the respondents favor Option A. When filtering only 5th grade respondents,a majority still favor Option A. Based on the feedback, LOSD is making plans for all K-5 to attend school every day. We are working through the details and will have an elementary update soon. 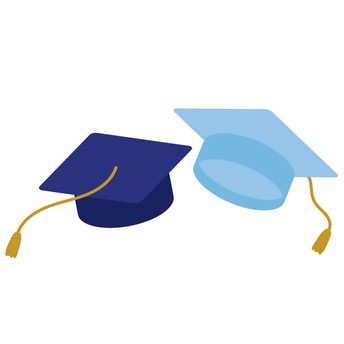 In light of the success of the drive-through gradations, it’s not surprising that a vast majority of our graduates and their families do not wish to participate in a second ceremony. We conducted a poll to be sure, and because of your feedback, we have decided to not proceed with hosting a second ceremony this July.

Also weighing in on our decision is the uncertainty of being allowed to host an event with more than 25 people. The earliest Clackamas County could enter phase two is July 10, and because Clackamas is now tied to Washington and Multnomah Counties, there is no guarantee we will be approved in time for the planned date.

We are grateful our graduates, their families and teachers and staff had the experience of the spirited drive-through graduations. 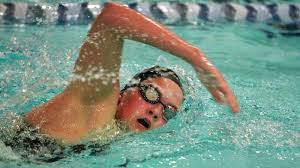 All outside facilities on school campuses, including fields, tracks, and courts, will open for school-related and individual recreational activities on Monday, July 6. Due to capacity constraints, campus use will be limited to students and authorized staff during school-related activities. 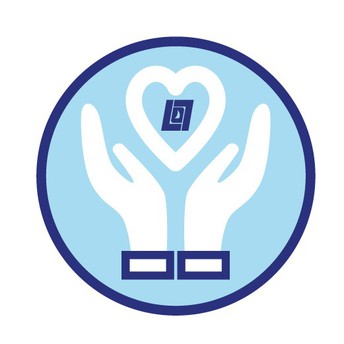 While school is out for the summer, the LOSD Wellness Team of counselors, social workers and psychologists has prepared an updated list of resources for students and families. Please click here for resources for mental health and social-emotional supports.

Are you looking for someone to tutor your students? Many people, including students, reach out to LOSD offering assistance. Each year LOSD updates its list of approved tutors. Click here to access that list.

Hunger Fighters, located on the Lake Oswego High School campus, is continuing its Saturday pickup from 1-3 p.m. and Wednesday from 4-6 p.m.

Clients who pickup groceries will receive perishable items as well such as produce, bread, dairy or eggs. Hunger Fighters cannot currently provide such items to delivery clients, but it is working towards that goal.

Hunger Fighters has started a delivery program for homebound, immunocompromised and at-risk individuals and families in Lake Oswego. Requests must be submitted by Thursday to receive a delivery of non-perishable groceries on Saturday. Visit www.hungerfightersoregon.org and click the link to submit a request. 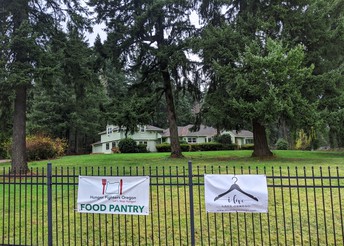 I Love Lake Oswego provides clothing and essential hygiene products to people in need. It has expanded its services to everyone in the community. Families should contact the service through its website, phone or email. Provide your needs and clothing sizes. Volunteers will either deliver the items, or make arrangements for pick up. 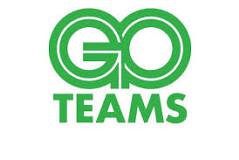 Clackamas County recently developed “Go Teams.” These staff members go out into the community to help individuals and families who are struggling with anxiety, unemployment, grief and a host of other emotional and social problems that are becoming more and more common during this time.

Parents who have concerns about a student’s well-being are encouraged to reach out to their principal, and to maintain strong lines of communication and partnership between students, families, staff, and other resources. 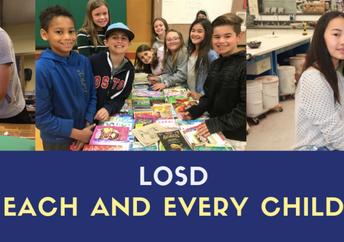 You are receiving this message because you are the parent or guardian of a student in the Lake Oswego School District.
We hope you will assist us in our efforts to communicate efficiently and economically by continuing to receive these messages.
Contact info@loswego.k12.or.us if you believe you have received this communication in error, or if you no longer wish to receive email communications from your school and the district.

If you need to change your parent email address, please contact your school.