Are You Chicken of Viruses?

Are You Chicken of Viruses?

A virus is much smaller than a bacteria or animal cell due to the fact that it has to go inside the cells or bacteria and also it is a simplified version of a cell.

Since they are simplified versions of a cell, they do not have most of the characteristics that cells have. They do not obtain energy or react to their environment and they also do not grow/develop. 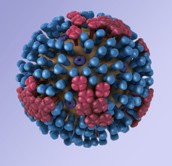 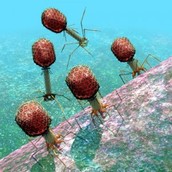 Watch Out for the Chicken Pox!

A person who obtains this disease will usually have symptoms such as:

The Chicken Pox disease is not a major health issue, especially in people who have good immune systems. Most cases are mild, but the disease results in about 100 deaths per year and about 11,000 hospitalizations. It is an air born disease and can be spread amongst people through touch. It usually lasts about five to seven days.

Some treatments can be at home, such as an oatmeal bath and calamine lotion. You can also take over-the-counter medications such as acetaminophen, but NEVER take aspirin as a child because it is associated with Reyes Syndrome and the liver. If the disease becomes more serious, consult your Health Care Provider. A doctor can give you antiviral medications.

You can prevent the Chicken Pox virus by getting the chicken pox vaccine. 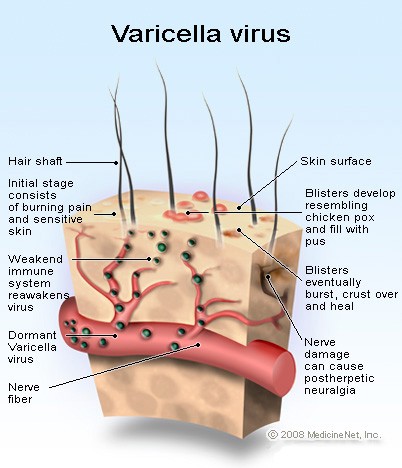 kidshealth.org
It's most common in kids under age 12, but anyone can get chickenpox. The good news is that a vaccine can prevent most cases.