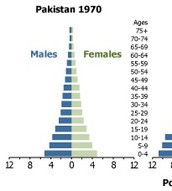 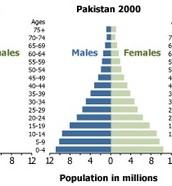 Pakistans population is growing at a steady rate and is entering about mid stage 4 population pyramid. 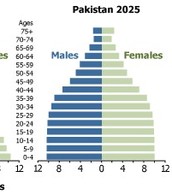 pakistan has a small variety of cultures. most of the country is primarily Islamic. family wise the amount of family members gives the entire social structure and identity.english and Urdu are the official languages. however about two-thirds of the people speak punjabi. 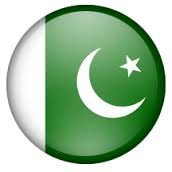 Aberrated Strategies: Of Snakes in the Backyard

the political leader in the mid 1900's , made a new "constitution" which forces all people to become Muslim. eventually the entire country changed the laws to become more of "divine laws" as apposed to just ore political/just laws.and instead of a military devised on political conflicts, following the cold war they turned more to an ideology type of government based on cultural beliefs.