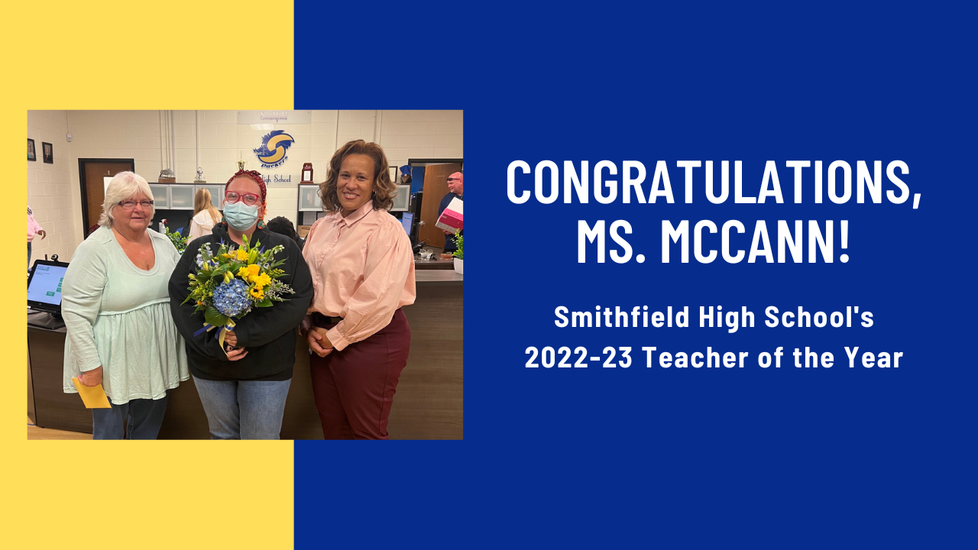 In honor of Breast Cancer Awareness Month, SHS went PINK on Thursday. Thanks to the SCA for spreading spirit with pink ribbons and temporary tattoos. 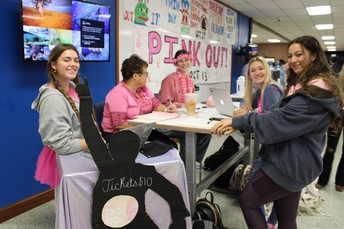 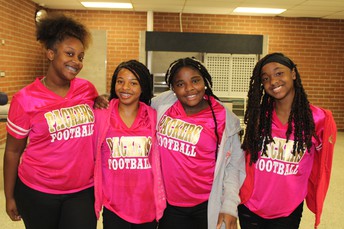 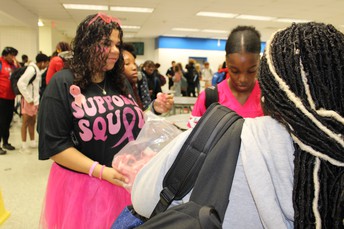 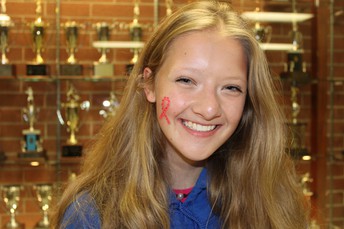 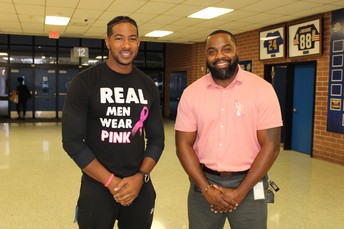 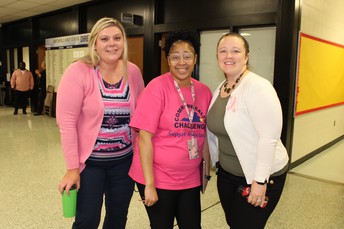 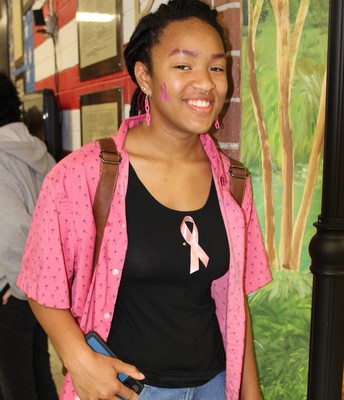 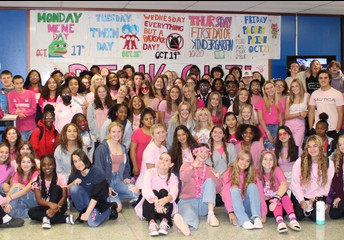 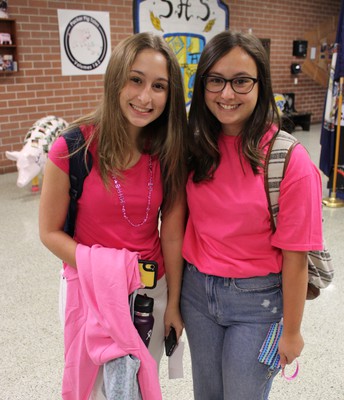 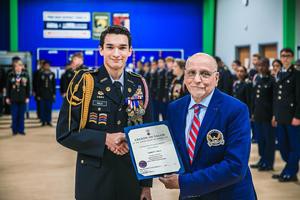 Cadet Captain Garrett Halle, a senior at Smithfield High School, was recognized recently with the Legion of Valor Award for 2022. Cadet Halle serves as the Battalion Commander of the Smithfield JROTC Packer Battalion. The award was presented to Halle by LTC (ret) Rich Rinaldo, a Distinguished Service Cross recipient. Only 1 cadet in approximately 4,000 cadets participating in JROTC is honored with this prestigious award.

Halle is a member of the SHS National Honor Society and the SHS Rifle Team. He was a member of the Fort Leavenworth High School JROTC National Champion Raider Team twice, and has received numerous awards, including the Special Forces Award of excellence and the Superior Cadet Award. He also served on the JROTC Leadership, Academic, and Drill Teams.

Halle is ranked in the top 7% of his class with a cumulative grade point average of 4.33. He is active in both his community and his church. After graduation, Halle plans to attend Brigham Young University on an ROTC scholarship and serve in the US Army as an officer after earning his degree.

Ms. Lanzalotto's class spent a sunny afternoon picking up trash and hanging out in the Social Area. 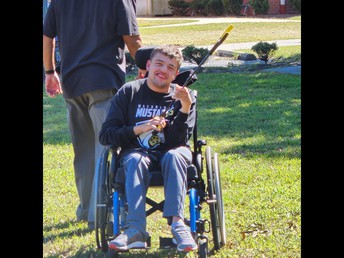 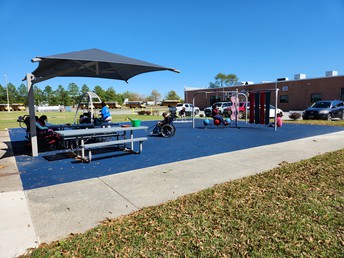 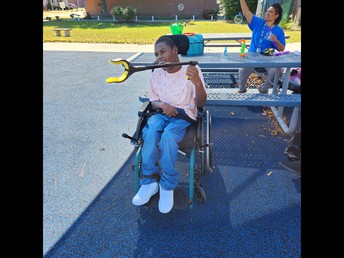 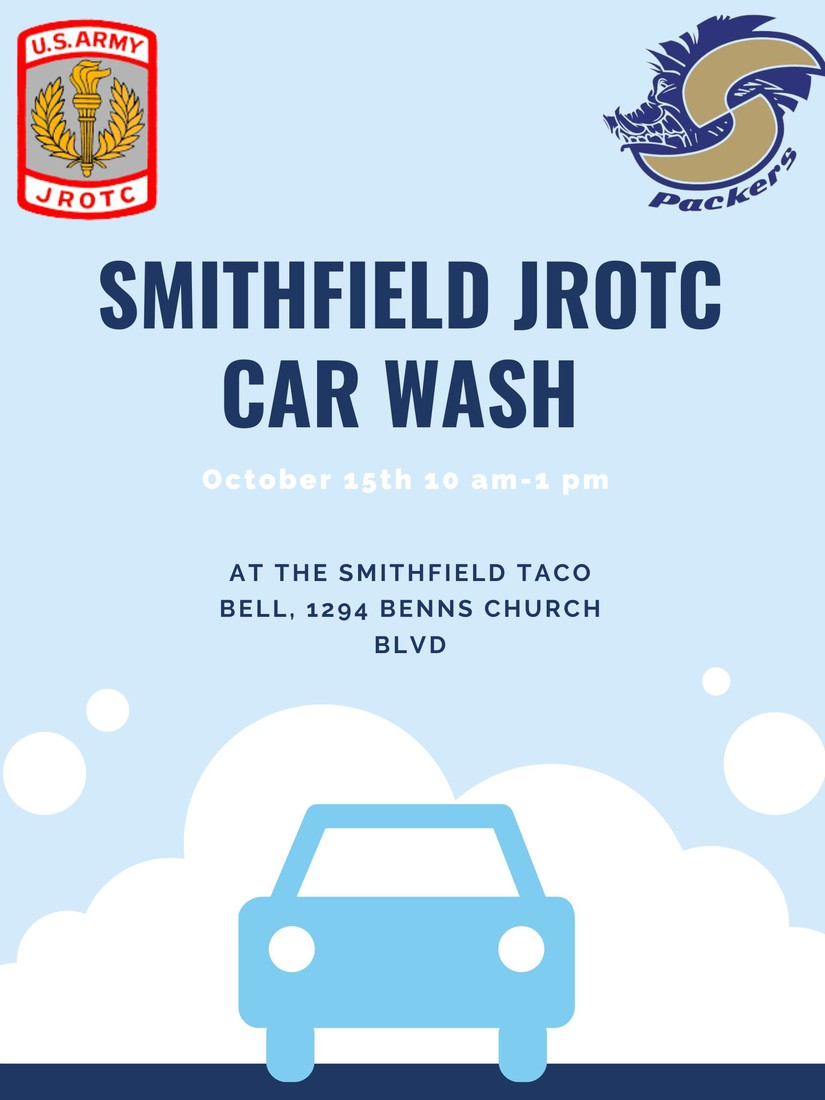 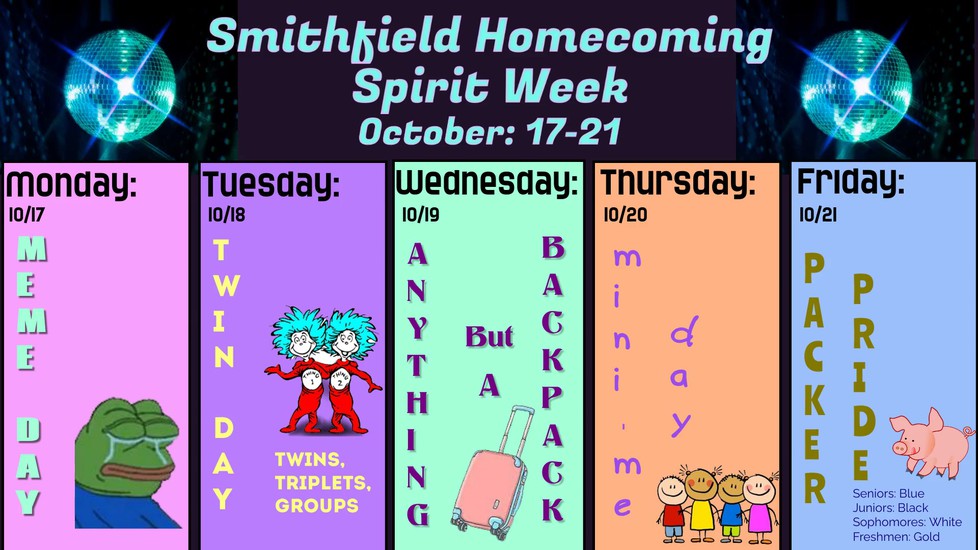 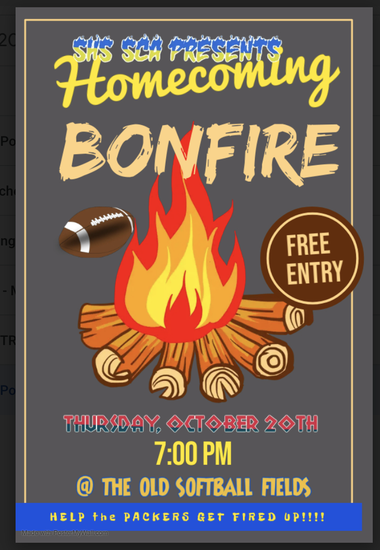 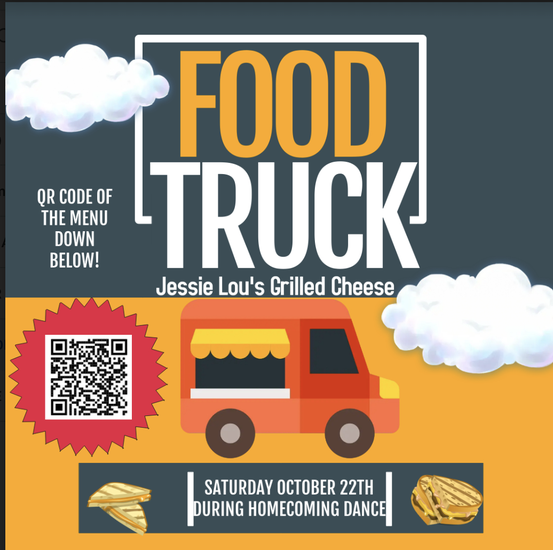 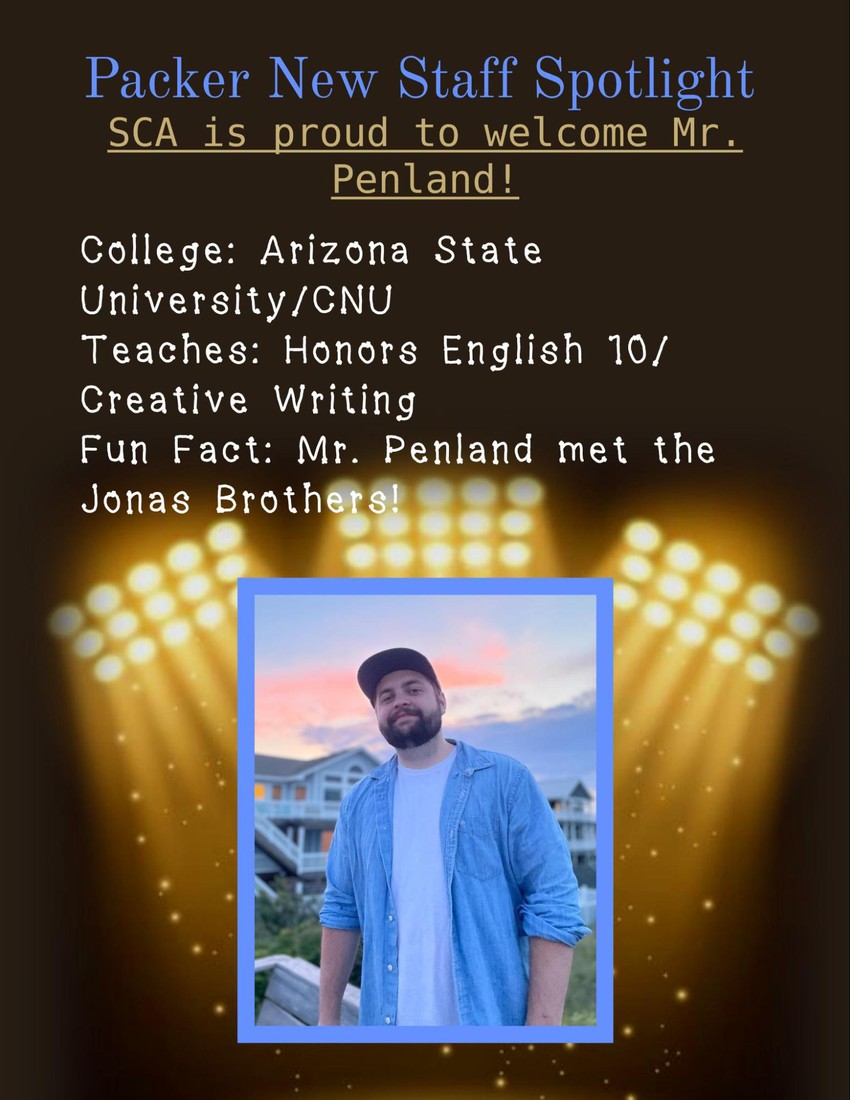 The Writing SOL for students enrolled in Honors English 11/English 11 is October 25 (multiple choice) and October 26. It is important that students get a full night of sleep, eat breakfast, and get to school on time. Students should wear comfortable clothing and consider bringing a sweater or hoodie. They should bring any prescription eyewear, their laptop fully charged, and their charger. Please contact your child’s English teacher for more information or for any questions you may have.

Picture re-takes for students in grades 9-11 will take place on October 27th. Any student who missed the September picture day or who wishes to take a new photo should participate. 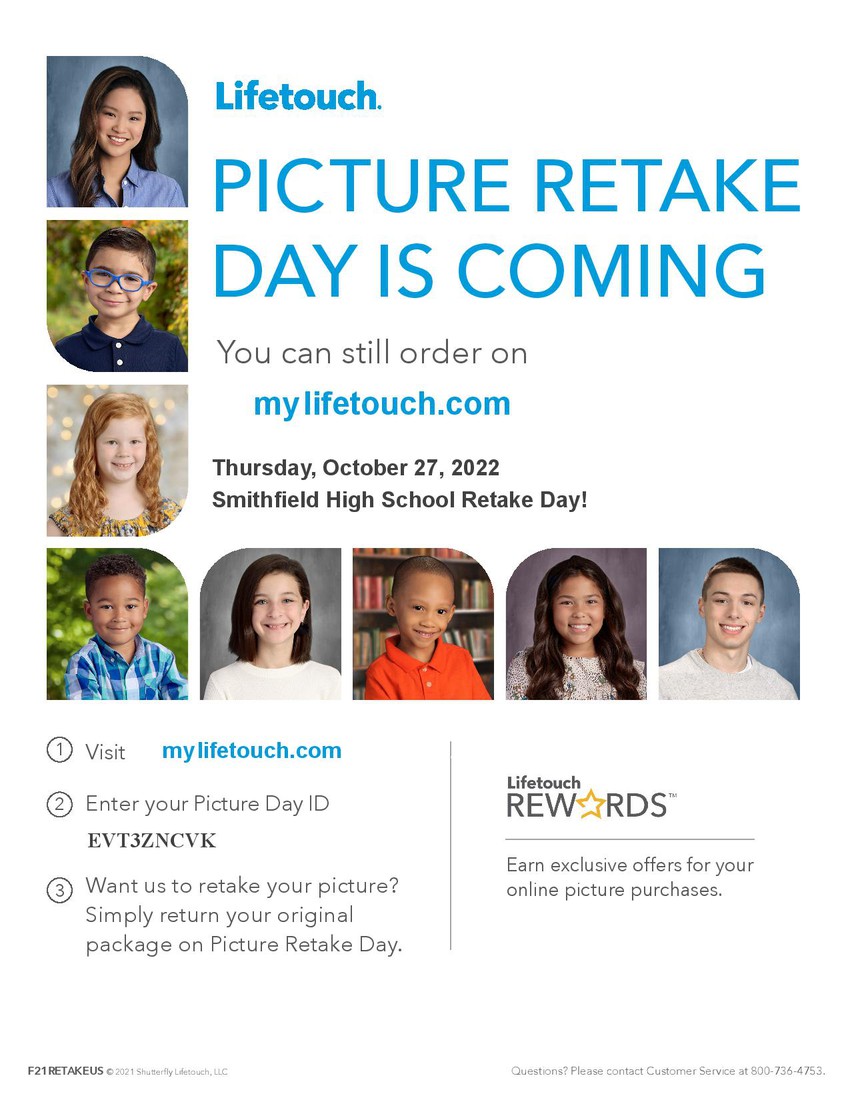 Seniors, now is the time to nominate your friends and classmates for Senior Superlatives! Nominations are due Nov. 1st. The Yearbook Staff is also compiling senior quotes to feature under your portrait in the yearbook. Please make sure all submissions are school appropriate. Quotes are due by Nov. 15th. Check out this link for more information about superlatives and senior quotes:

The deadline is quickly approaching for students to take senior portraits. Seniors who are not photographed, with their selected pose submitted, by November 1, 2022, will be excluded from the portrait section of the 2023 Packer Yearbook. Our goal is to feature every student in our yearbook! Portrait makeups have passed, so you will need to schedule an appointment with Lifetouch or an outside provider. The nearest Lifetouch location is in Virginia Beach. Contact information: 1-800-343-5735 or lifetouch.com.

If you choose to have your photo taken by Lifetouch, they will automatically submit your picture to us. However, if you plan to use an outside photographer, please have them email your selected portrait to Hattie Garrow at hgarrow@iwcs.k12.va.us. The portrait must be formal with a BLUE background. You must be photographed in a drape or tuxedo.

Parents/Guardians, please encourage your students to register and pay for AP exams by Friday, November 4, 2022. If you have questions, please contact Terri Krohn at tkrohn@iwcs.k12.va.us 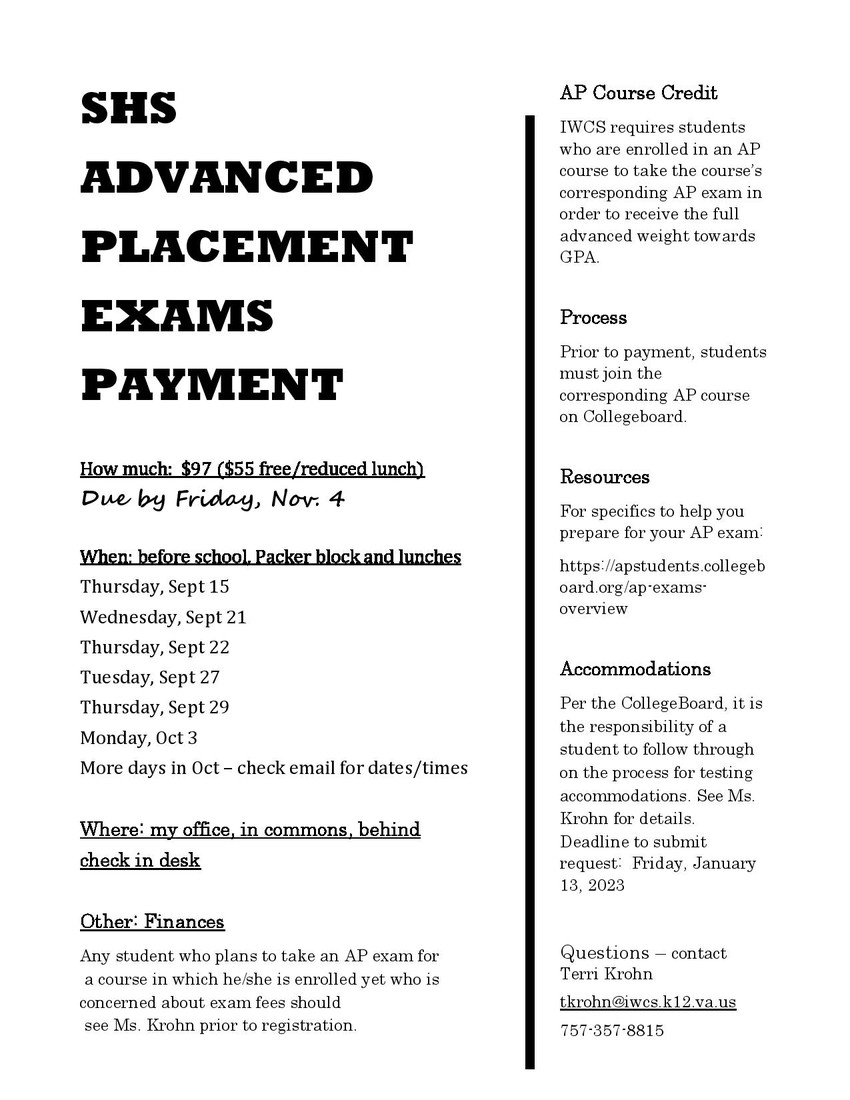 Please make sure you sign up for your grade level Google Classroom with your class code to assure that you still get messages until you graduate. 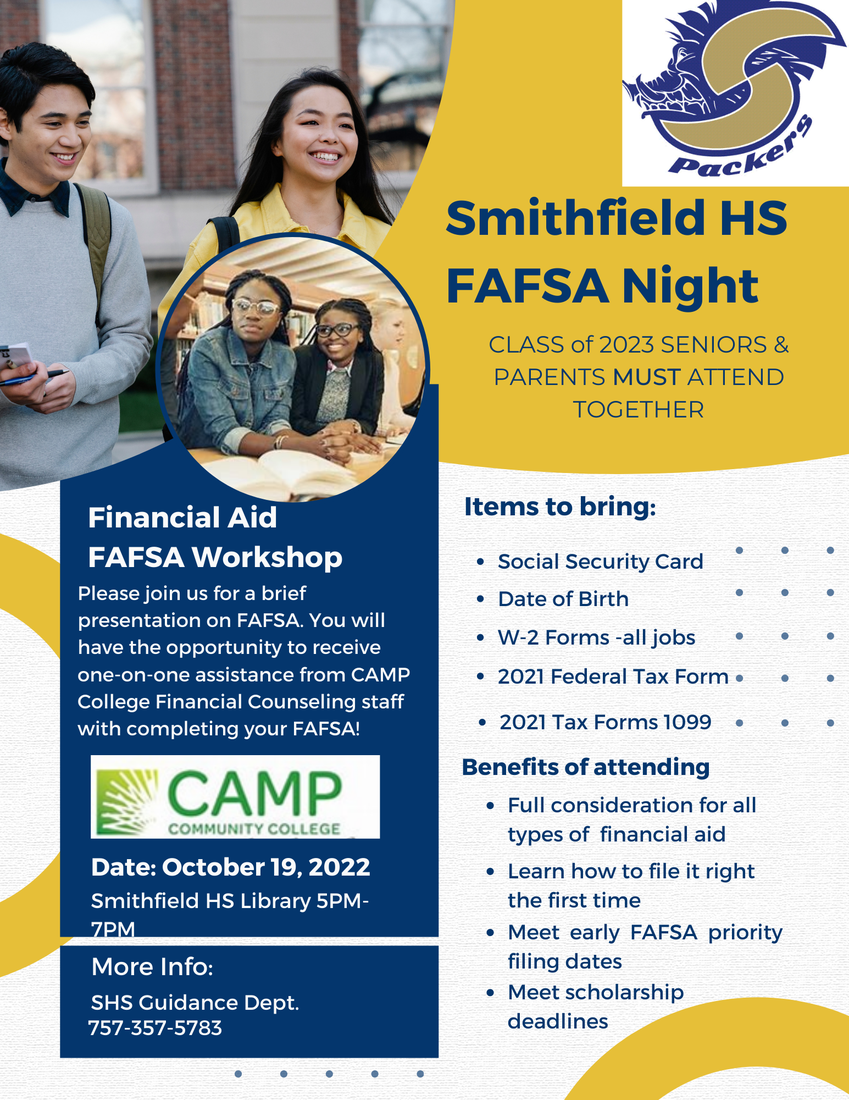 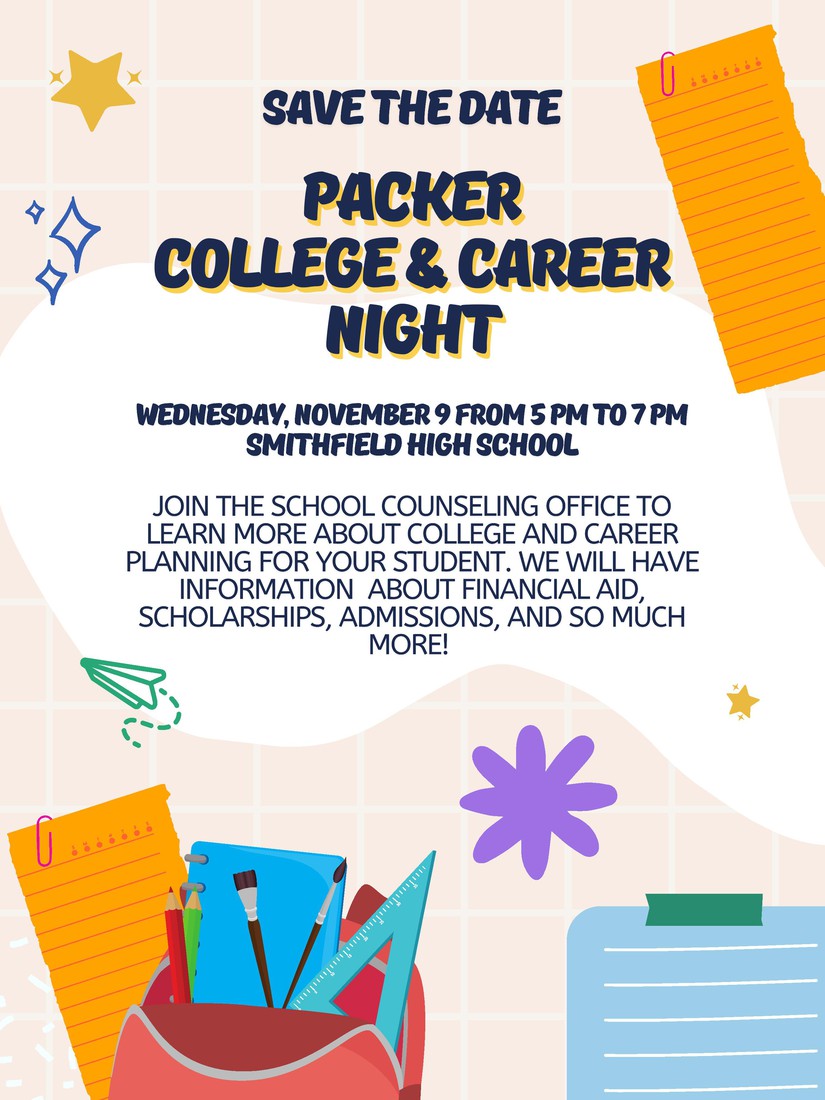 Photos Needed for the Yearbook

We want to include your memories from the summer, the first week of school, and the Isle of Wight County Fair in the yearbook. Please fill out the Google Form linked here to submit your pictures for the yearbook. Submit as many photos as you like.

Click the link below for more information about purchasing a yearbook ad recognizing a member of the Class of 2023. 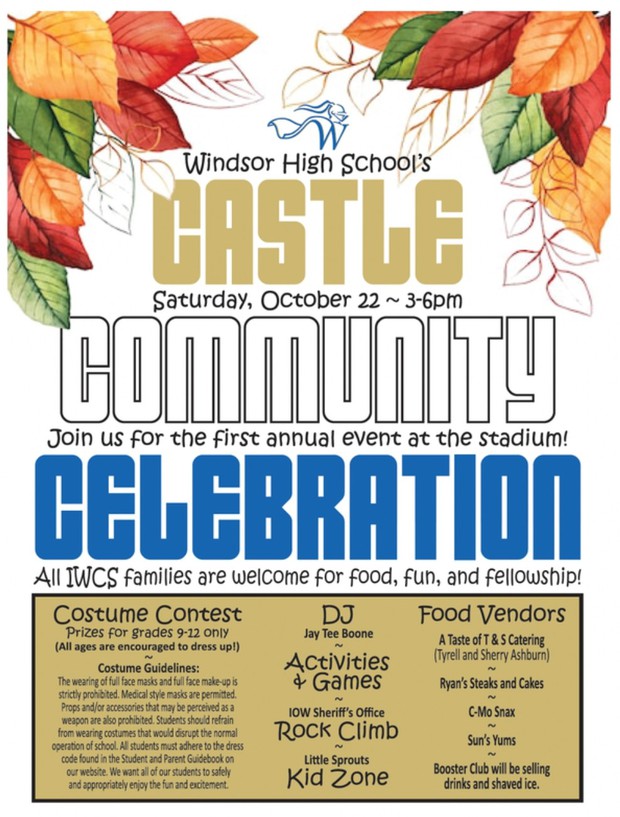 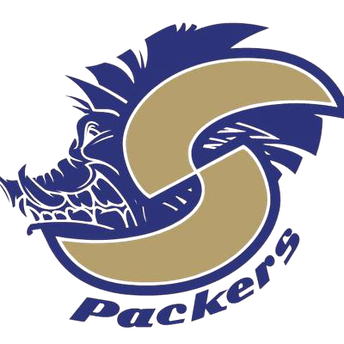 @OfficialSHSPack
Patricia Cuffee, Principal
14171 Turner Drive, Smithfield, VA, USA 757-357-3108 shs.iwcs.k12.va.us/
Embed code is for website/blog and not email. To embed your newsletter in a Mass Notification System, click HERE to see how or reach out to support@smore.com
close