From November 4th to the 8th students bought bracelets from the Spanish Club to support the Pulsera Project. For the past 5 years, Big Spring has raised money for the Pulsera Project. This project employs artists in Central America to make bracelets to then sell to over 2,800 schools; including Big Spring. The money will go towards the artists and the housing, healthcare, scholarships, social enterprises, and other programs that will benefit communities in Central America. This year the Spanish Club raised $475, which is 95 bracelets. Photos done by Laura LaRose 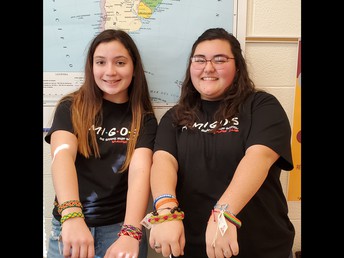 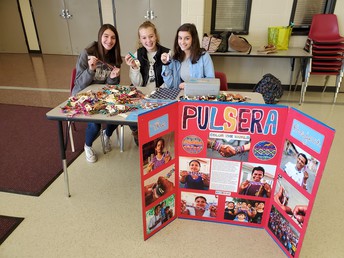 The Cavalcade of the Bands

The Cavalcade of the Bands is a championship event for the marching band. On November 9th and 10th Big Spring’s marching band participated in the event. Eleven marching bands competed and Big Spring took home fifth place with a score of 87.5 points.

Every year on Veteran’s Day Big Spring honors veterans with a wreath ceremony. All students and staff came out to the flag pole to watch the ceremony. Local veterans volunteer their time to change Big Spring’s American Flag. T.E.M.P.U.S. Club hosts this event, they have two representatives from every class, a male and a female, to change the wreath. A local veteran, Tedd Wheeler, spoke about his experiences in the military, including those about his twin brother Todd Wheeler who was also in the military who recently passed away. Three women whose husbands were in the military and have passed away were honored at the ceremony and made an honorary T.E.M.P.U.S. member and given a customized blanket.

On Veteran’s Day, T.E.M.P.U.S. Club seniors went on a field trip to Penn State Mont Alto to support local veterans. The veteran speaker at the event was Wilbur Wolf III who’s father, Wilbur Wolf Jr., was celebrated at the event. Wolf III served in uniform for over 32 years, including 10 years of active duty in the U.S. Army and 22 years in the National Guard. As a Mont Alto graduate, Wolf Jr. was honored at the ceremony with a plaque. Big Spring’s Cantabile also attended and performed two songs in support of the veterans.

On Friday, November 15th the Big Spring band had their fall concert. The concert band performed six pieces of music, including the “Concerto for Faculty and Band” which allowed teachers to play a part in the band. After the concert band finished their amazing performance the marching band got to perform their 1969 moon landing inspired show one last time.

On November 20th, Big Spring will be welcoming three career speakers. The speakers include Miranda Fisher for Sports Medicine, John Tuttle for Engineering and Military, and J. Micheal Adler for Real Estate and Business. These speakers are volunteering to give up their time to educate students on their career path, how they made it to where they are now, and advice for the students.

On November 21st Big Spring’s Craft of Acting class took a field trip to Messiah College to watch their “She Stoops to Conquer” performance. Messiah College partners with nearby schools to allow students to come to see their shows for $1. Big Spring students were able to get a feel for the production by going backstage, on the stage and set, and being able to meet with the cast after the show. Students will have an opportunity to see more shows by Messiah College this year! 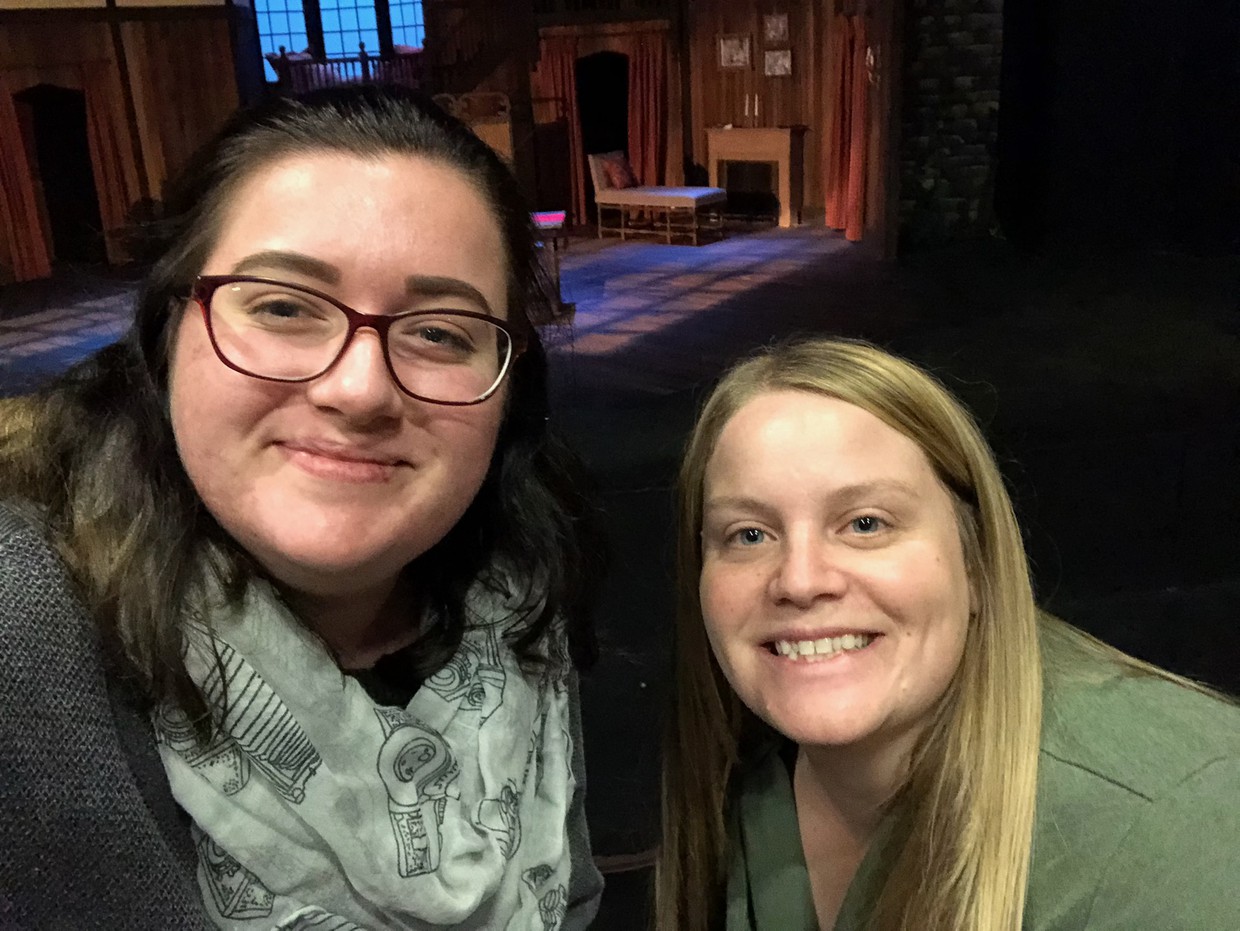 Sixteen Big Spring students went to Redland on November 25th and 26th for the Cumberland Country Chorus Fest. These students learned the concert on the 25th and then performed the 26th. To get to perform, these students were chosen as some of the best singers in the country. “You get to meet high schoolers from all over and build friendships that last. I got to see what it was like working with a professor in music and seeing what it would be like getting to do it as your major.” said senior Madalene Hoffman about her experience at the chorus fest.

Students of the Quarter

Forty-eight students were honored by Big Spring for being Students of the Quarter. One student at each grade level would be chosen by teachers for subjects including Agriculture, Art, Business, English, Health & PE, Mathematics, Music, Science, Social Studies, Tech Ed. and World Language. Twenty students from Vo-Tech were also honored as Students of the Quarter. These students were rewarded by Big Spring with a breakfast sponsored by Belco Credit Union, a Certificate, and a coupon for a free drink at the Growler.

Follow William August
Contact William August
Embed code is for website/blog and not email. To embed your newsletter in a Mass Notification System, click HERE to see how or reach out to support@smore.com
close