payton is using Smore newsletters to spread the word online.

Get email updates from payton:

Vasco Da Gama was a Portugese explorer who discovered a ocean rout from Portugal to the east.

He was born to a noble family in Sines,Portugal in 1469.Vascos father was also a explorer.Vasco Da Gama sailed from Liston,Portugal on July,8 1497 to the east.He goes by two names patron King Manuel the first or Portugal.Vasco rounded Africas cape of good hope on November,22.A patron sent him to India in 1502-1503on this voyage he killed hundreds of muslims.Vasco died of illiness in India on December,24 1524 but he was burried in Portugal.King John the third sent him to India in 1524 as vice Roy died in coach in. 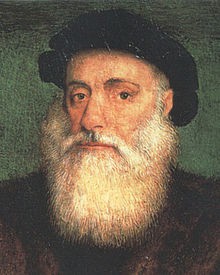 payton is using Smore newsletters to spread the word online.

Follow payton kale
Contact payton kale
Embed code is for website/blog and not email. To embed your newsletter in a Mass Notification System, click HERE to see how or reach out to support@smore.com
close