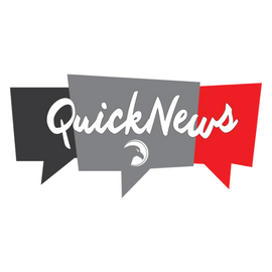 Quick is using Smore newsletters to spread the word online. 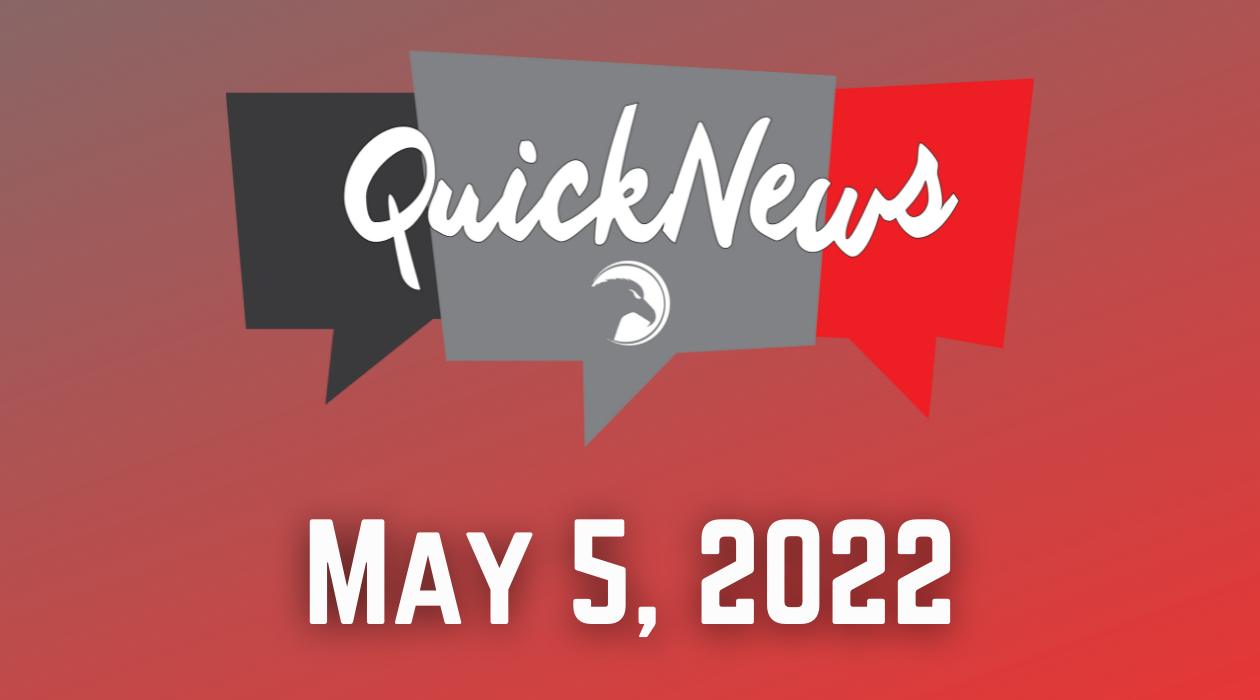 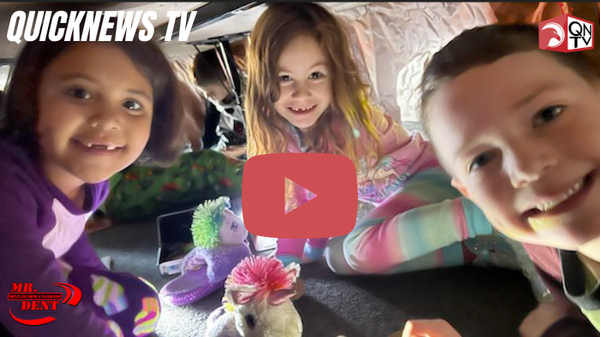 What a year of learning it has been at Mathews! From students making observations of disgusting critters 😳, to kindergarteners hibernating like animals in the winter 🐻, to 3rd graders learning why volcanoes explode 🌋 the teachers have been engaging their young minds with lessons that make them a part of the learning. 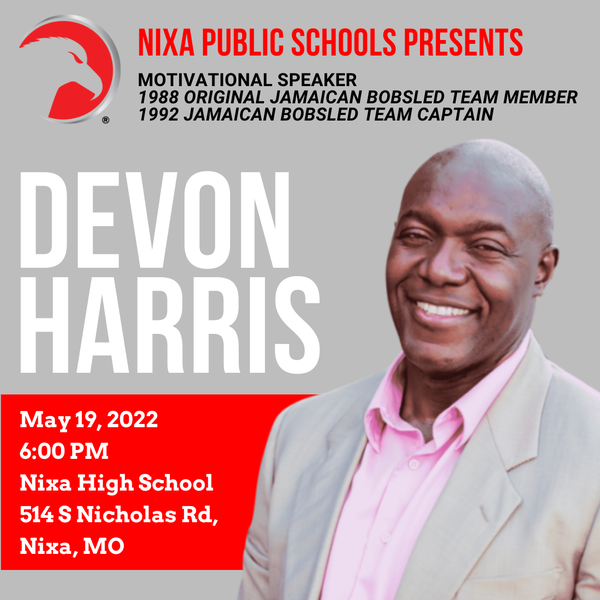 Devon Harris will be at Nixa High School commons on Thursday, May 19.

Raised in a violent ghetto environment in Kingston, Jamaica, Devon Harris is a graduate of the prestigious Royal Military Academy Sandhurst in England. He received a Queen’s Commission in December 1985 and served in the officer corps of the Jamaica Defence Force until December 1992 when he retired as a Captain.

He is a member of the first Jamaican bobsled team which competed in the 1988 Olympic Games in Calgary, Canada. Their exploits inspired the Disney blockbuster movie Cool Runnings. Devon also competed in and was captain of the 1992 Winter Olympic Games in Albertville, France and the 1998 Games in Nagano, Japan.

Tickets are free but they are required due to limited capacity. 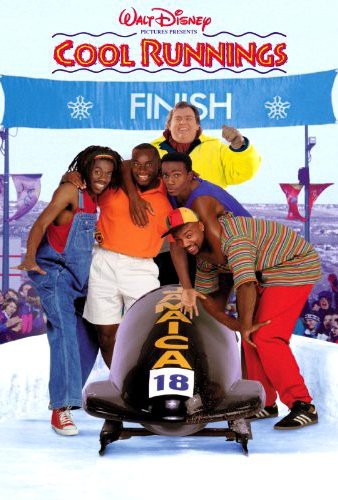 Join us for a private showing of the movie Cool Runnings on May 16 at 7 p.m. at the B&B Theaters in Ozark.

Your tickets will be able to be picked up between 8-4 p.m. on May 12, 13, or 16 from Faught Administration Center. Seating is limited. Tickets are non-refundable. 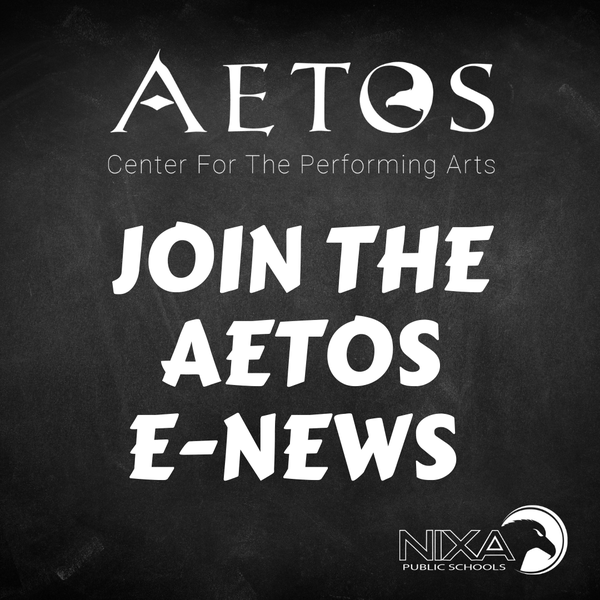 Nixa will be making the announcement for the national acts coming to Aetos for the 2022-23 inaugural season on May 10.

If you want to be one of the first to know all about the season line up, getting tickets, season passes, and joining the Aetos Guild, they can join the Aetos e-news. 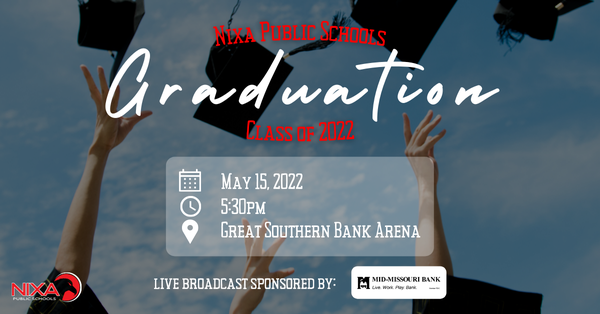 A live broadcast of graduation can be viewed on our Nixa High School: Class of 2022 Graduation Facebook event, CLICK HERE or on the Nixa Schools website https://www.nixapublicschools.net/graduation 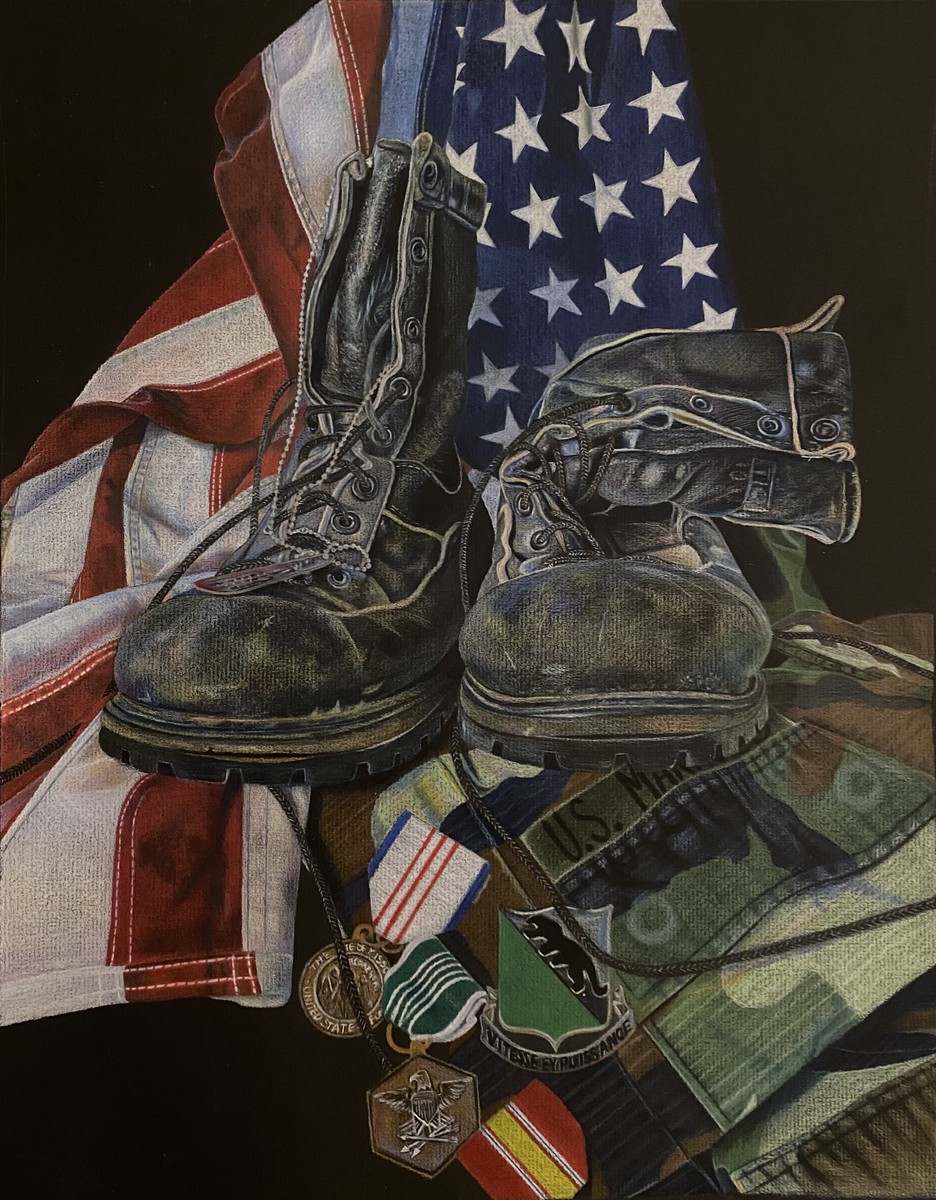 Kelsey Gifford won 1st Place in the 2022 Congressional Art Contest for her drawing "Home of the Free"!

Her drawing will hang in Cannon Tunnel in Washington, D.C. for a year with all the other winners from each district/state. 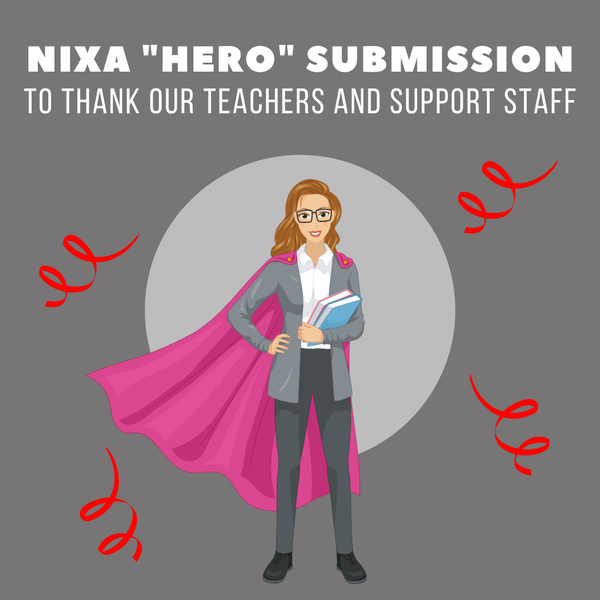 Nixa "HERO" Submission to Thank our Teachers and Support Staff

As the school year winds down, we are asking our Nixa students to help us show your teachers and support staff your appreciation. Showing your appreciation is simple.....you can write a poem, draw a picture, record a short message, or simply write a thank you note. It can be for a specific person or more of a general message to all our Nixa staff members. Extra bonus points for using the word "hero" in your message.

To submit a message, please complete THIS GOOGLE FORM. Be sure to include the student's name, age, and a contact number where a parent can be reached if needed. Submissions due by May 31st.

Written submissions can also be sent to the following address. Be sure to include the student's name, age, and a phone number where a parent can be reached during the summer. Mail submissions to: 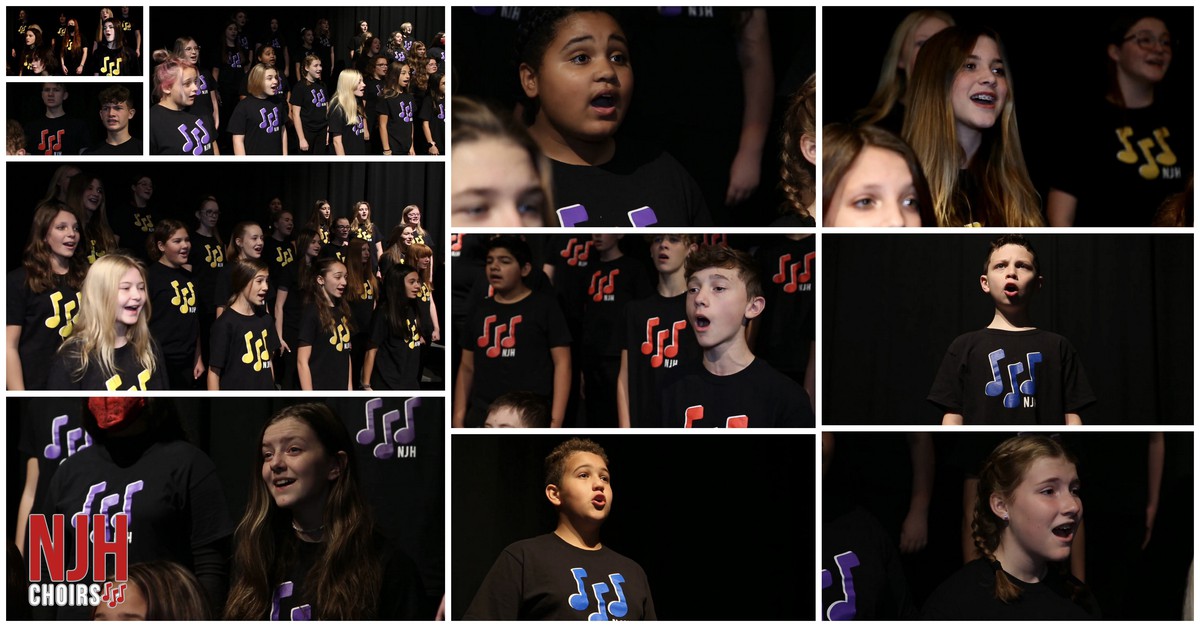 Come support the Nixa Junior High Choirs as they showcase the music they have been working on since January. There is no cost to attend and is open to the general public.

There will be four concerts in the NJH Auditorium on Monday, May 9 at the times listed below: 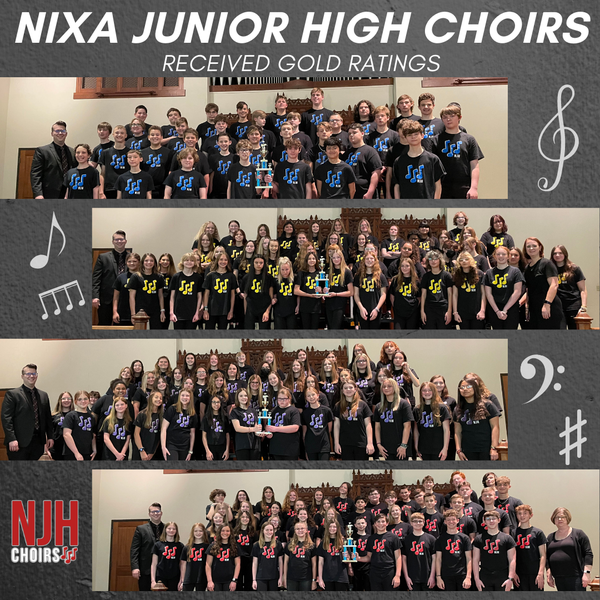 All four of the Nixa Junior High Choirs received a Gold Rating at the Boys Choir of Springfield Choral Festival!

Make sure to see these talented young singers next Monday at their concert. 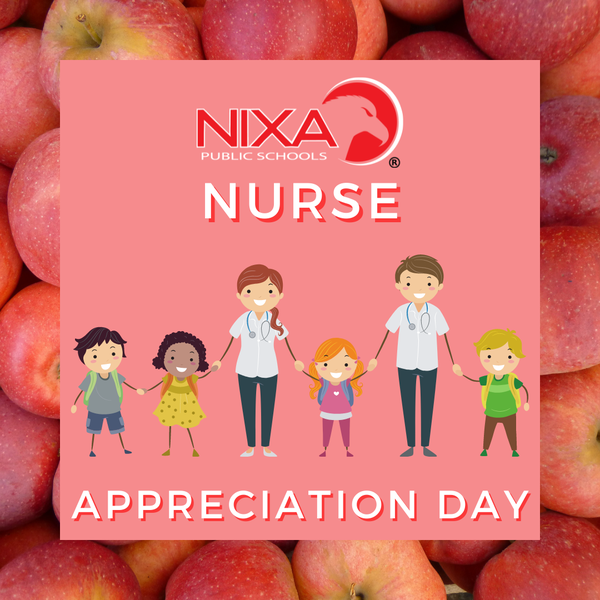 Today is 🩺 nurse appreciation day! Join us in showing our gratitude for our school nurses throughout our district. 🦅

Thank you for health, support, and compassion. ❤️ 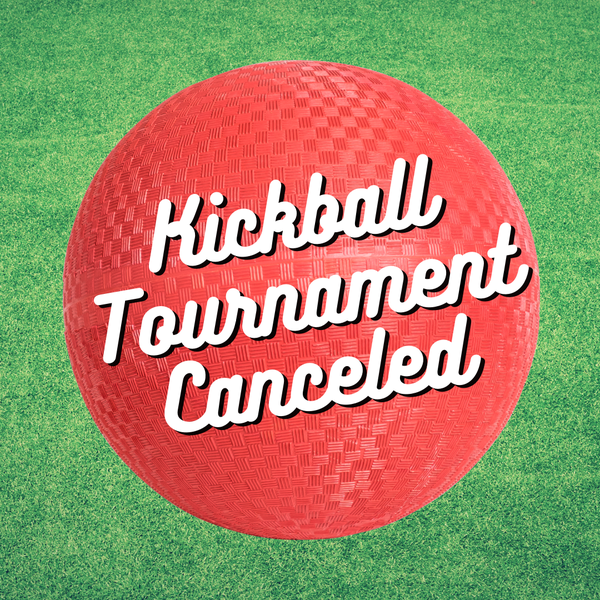 The Care to Learn Nixa kickball tournament on Saturday, June 18 has been canceled. 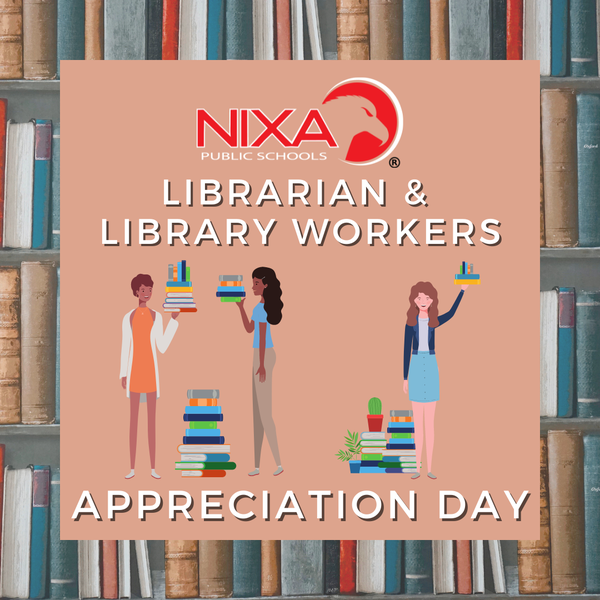 Tomorrow is 📚 librarian and library workers appreciation day! Join us as we celebrate librarians for all they do.

To put your business message in front of decision-makers. Just contact Tricia Chapman at 417-983-0314 or triciachapman@nixaschools.net 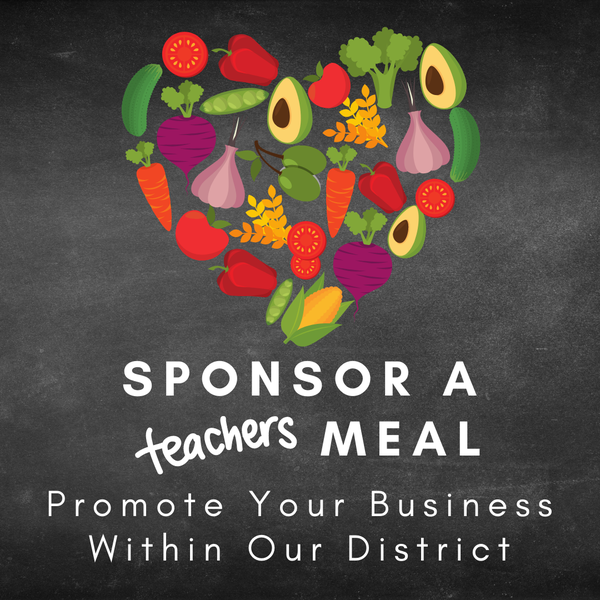 Would you like to treat teachers to breakfast or lunch this next school year?

While promoting your business? We have a spot for you! First come, first served. 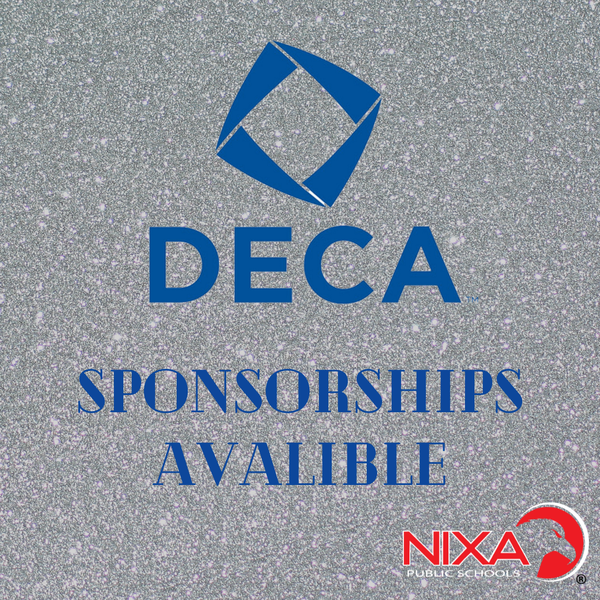 DECA is a new club to Nixa Schools. We would love your support to help them compete on several levels. 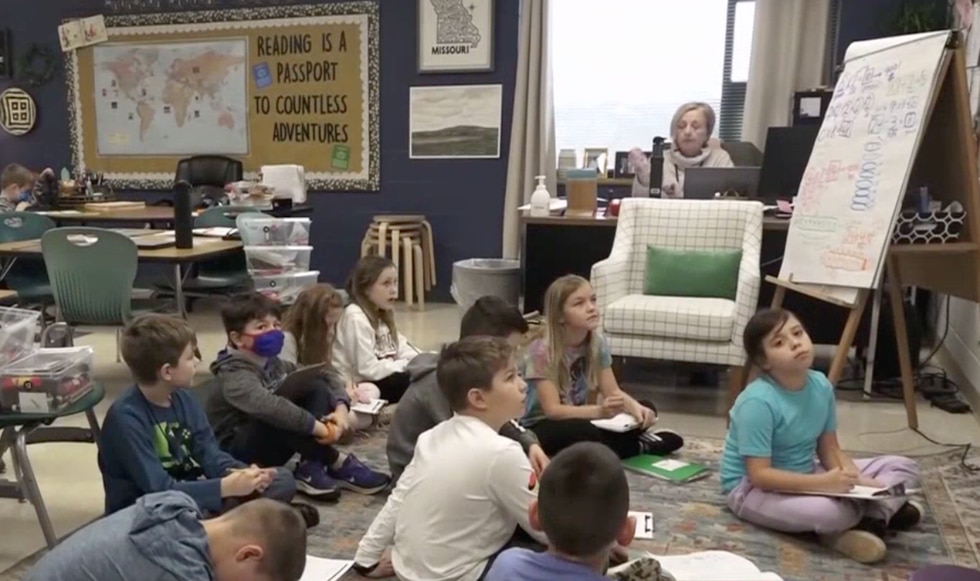 NIXA, Mo. (KY3) - School districts in the Ozarks have capitalized on federal COVID-19 spending. But what happens when the money stops flowing? The Nixa School District has received more than $8 million since October of 2020. District leaders say they are being very intentional about planning. 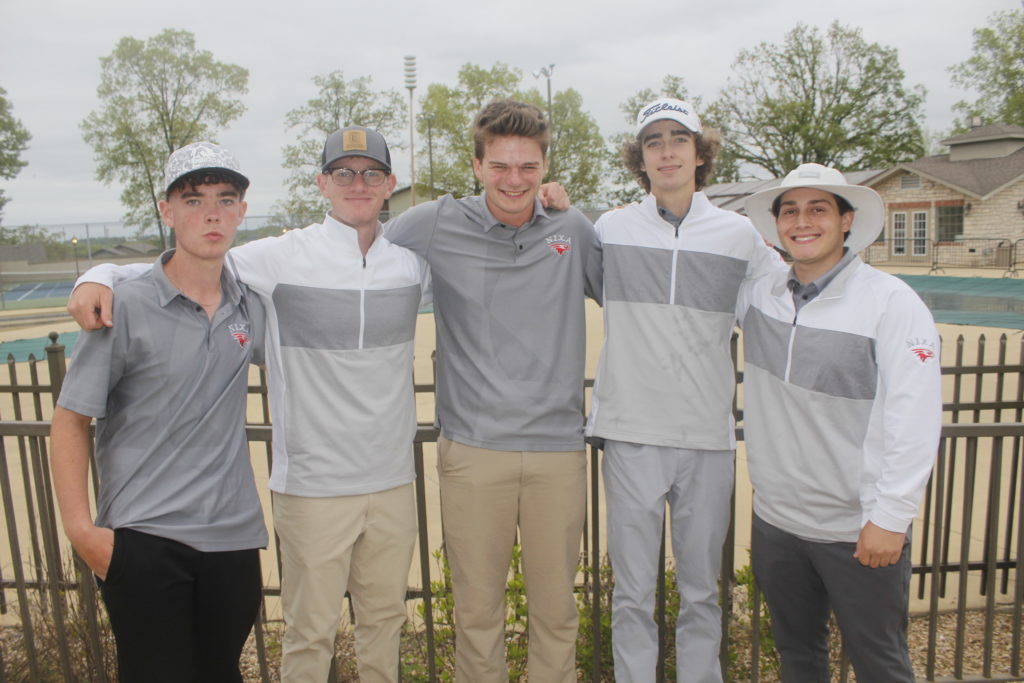 BRANSON - Joplin's Harry Satterlee followed up one of his worst shots of the COC Tournament with one of his best en route to claiming medalist honors. Satterlee birdied the par-four, 425-yard No. 18 hole to finish with a three-over par 73 that put him alone in first place by a single stroke. 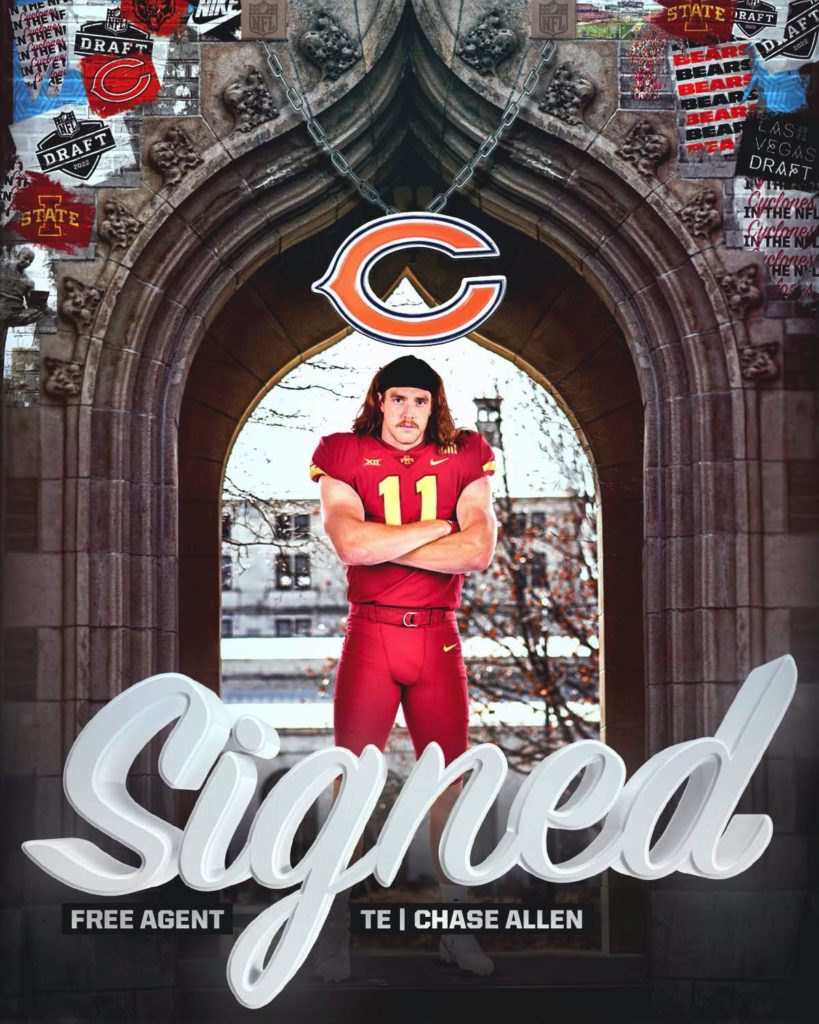 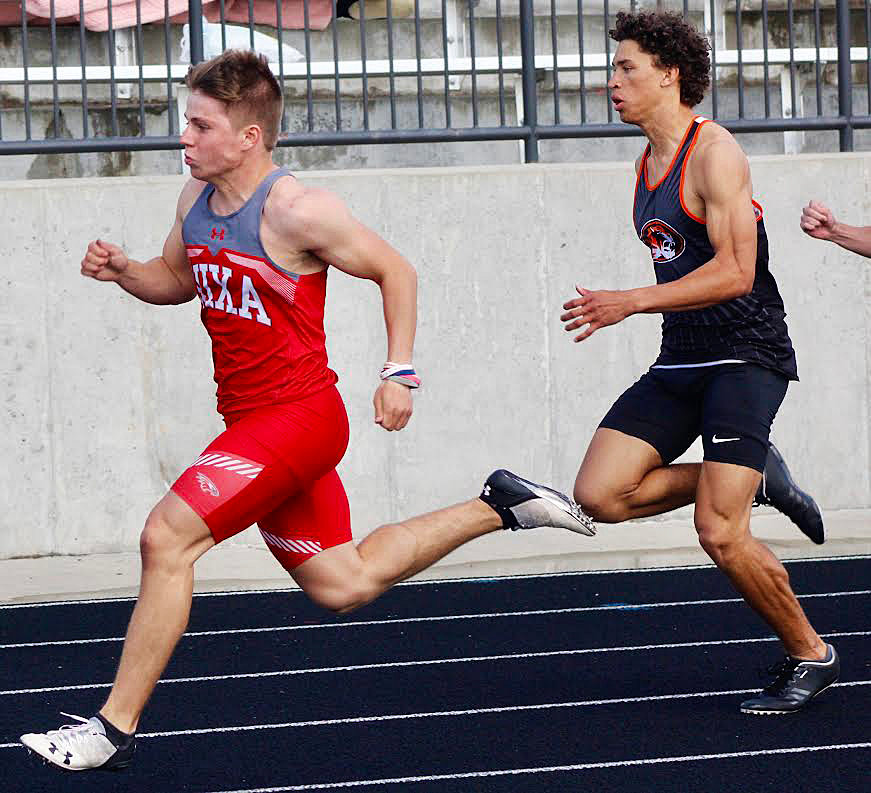 A healthy Austin McCracken is making up for a slow start to this season by making a late-season surge. The Nixa junior won the 100 in 11.17 at the Republic Relays last week. He posted a personal record time of 11.07 at the Southwest Baptist Invite earlier in the week. 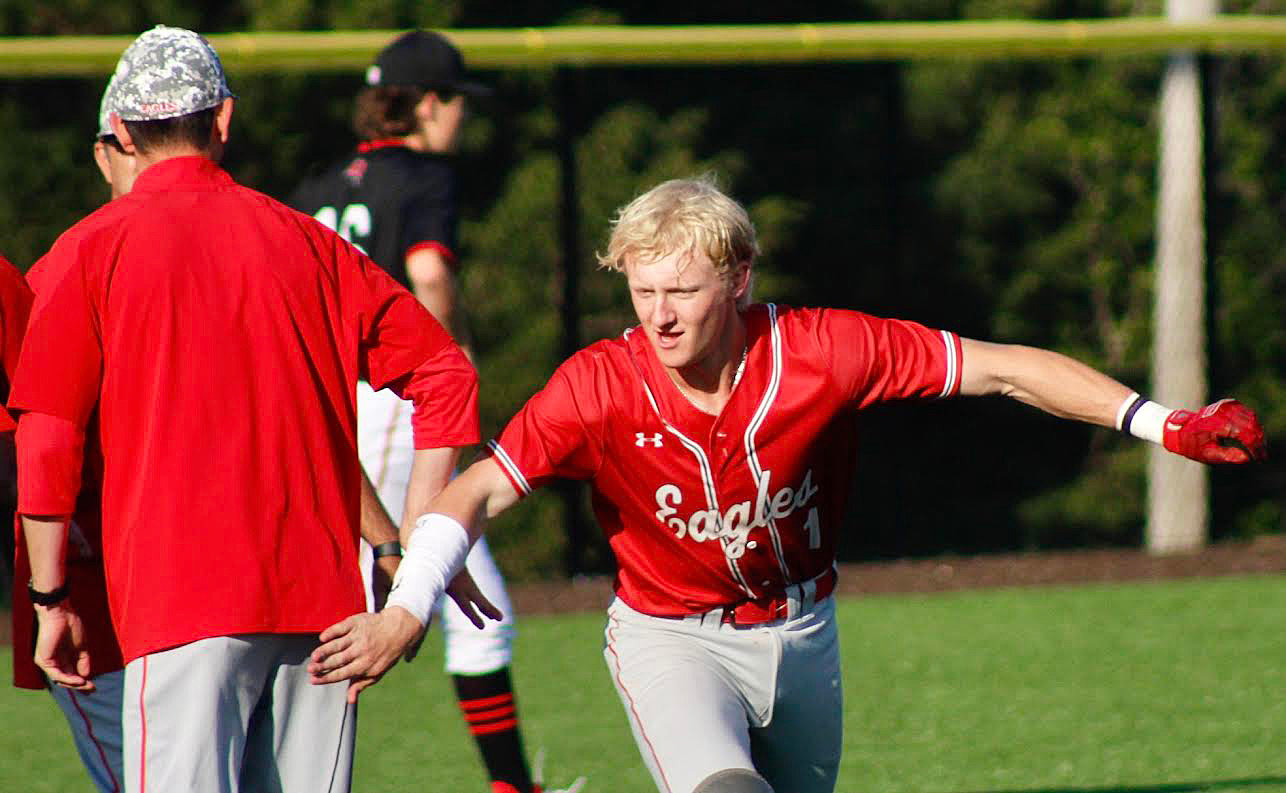 Nixa stayed undefeated in the COC by picking up wins against Branson and Webb City last week. Jackson Edwards factored in the Eagles' 7-3 win at Branson by driving in three runs. He had a two-run double in the first inning. "That at-bat went good, after I swung through the first two pitches," Edwards said. 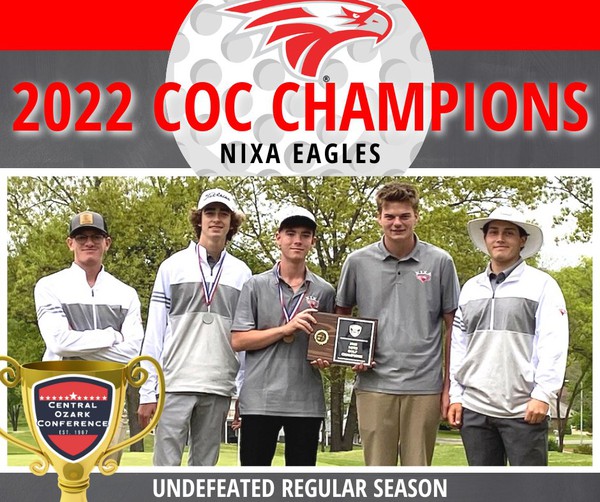 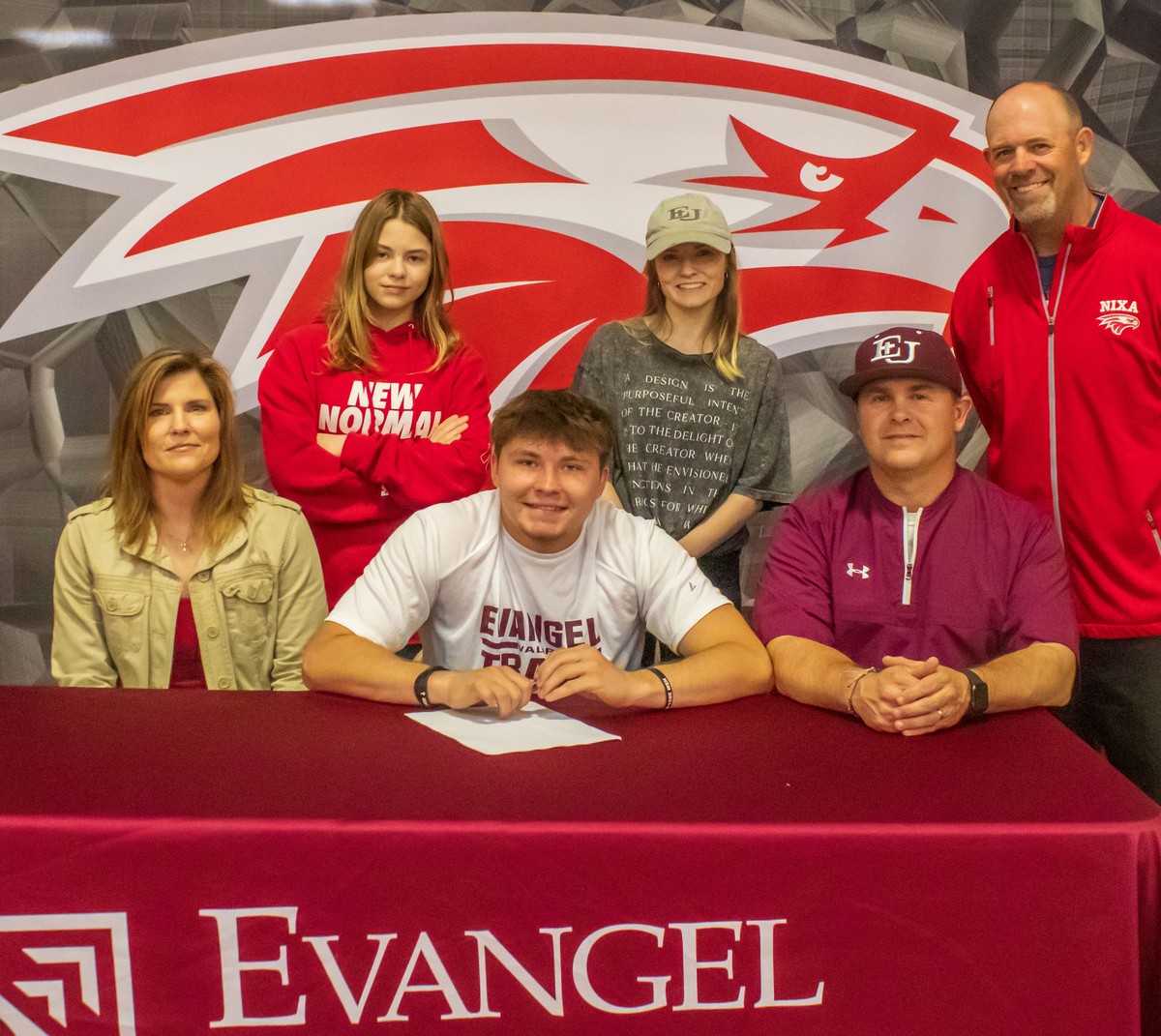 Congratulations to our four student-athletes on signing their National Letter of Intent to their respective universities yesterday! 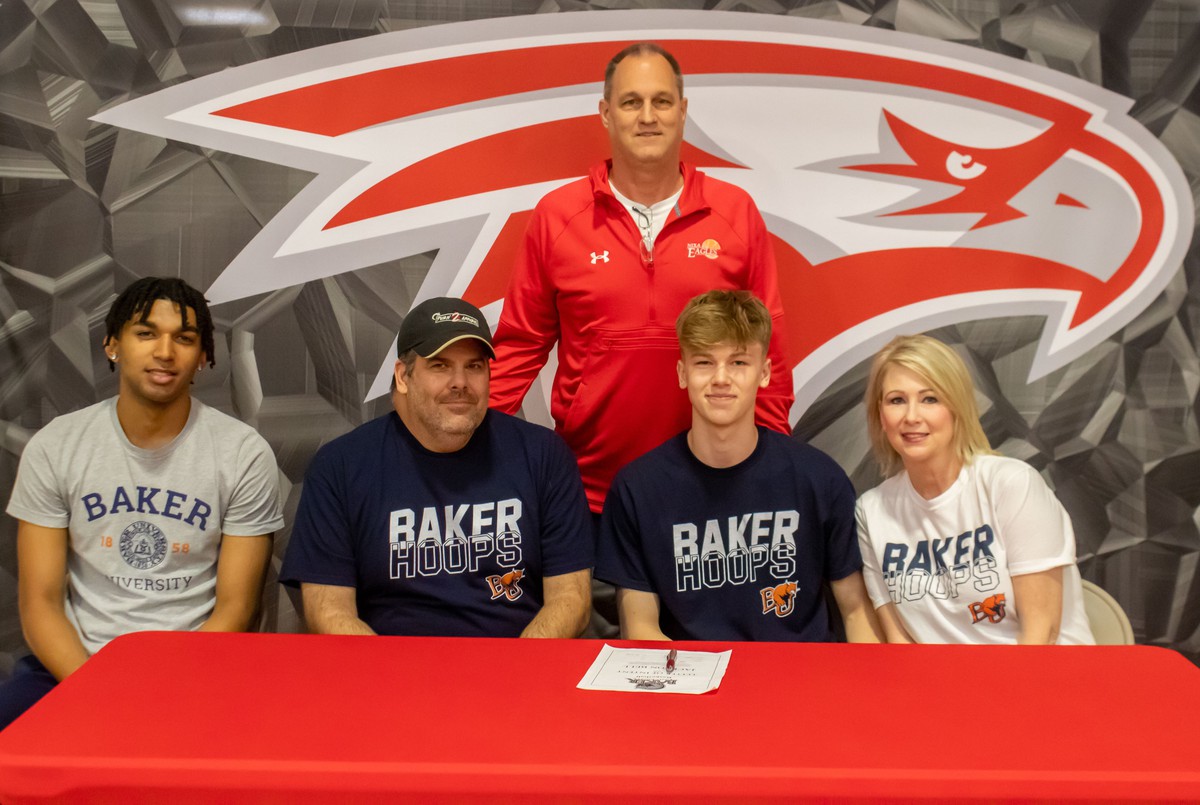 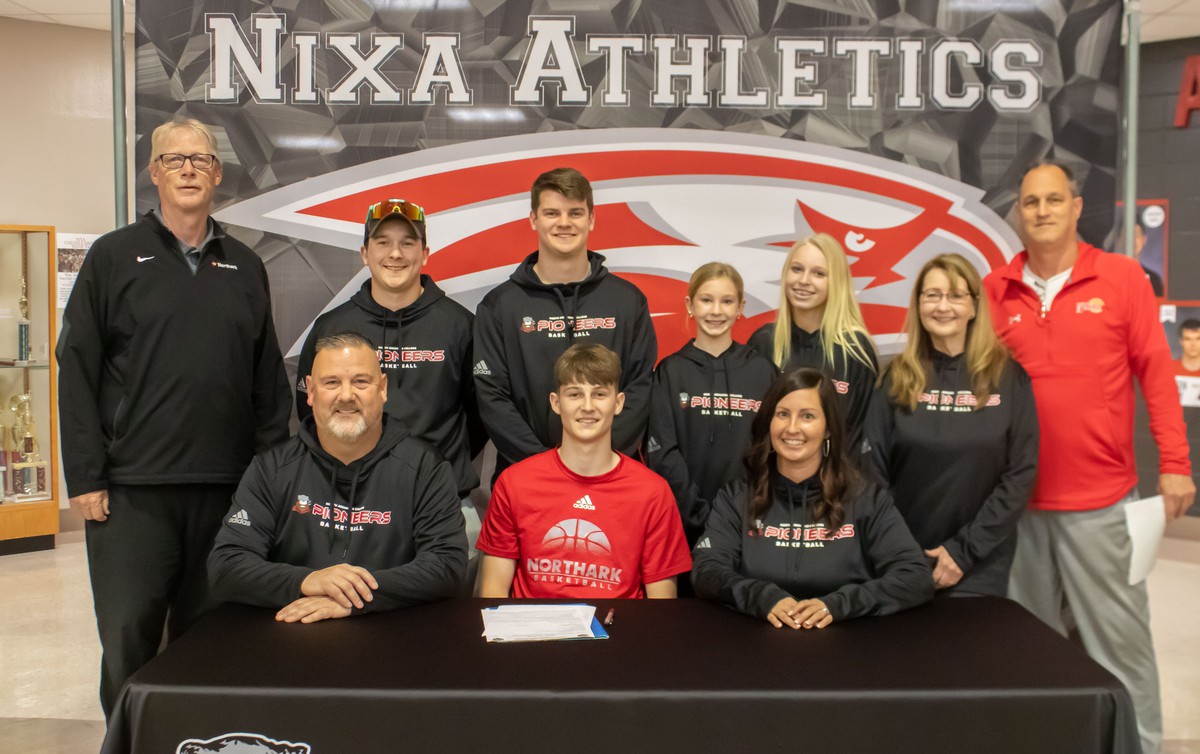 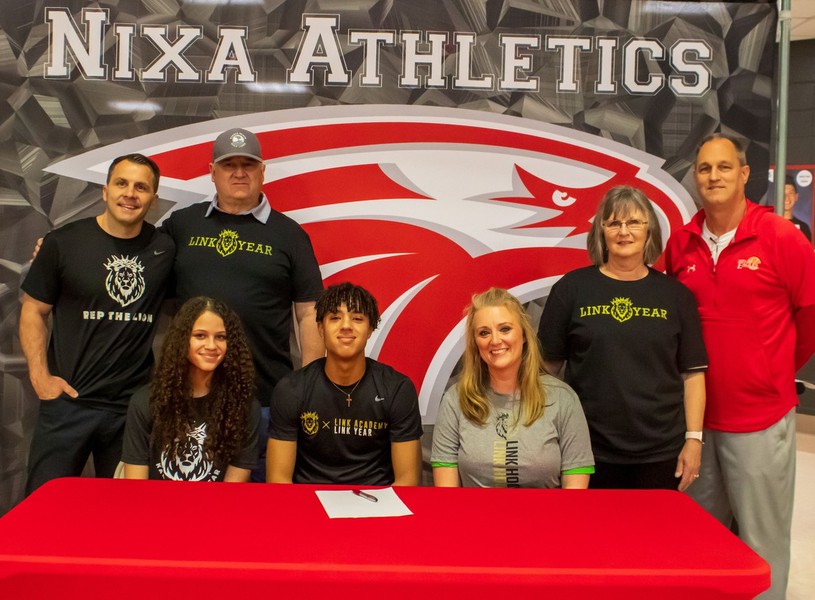 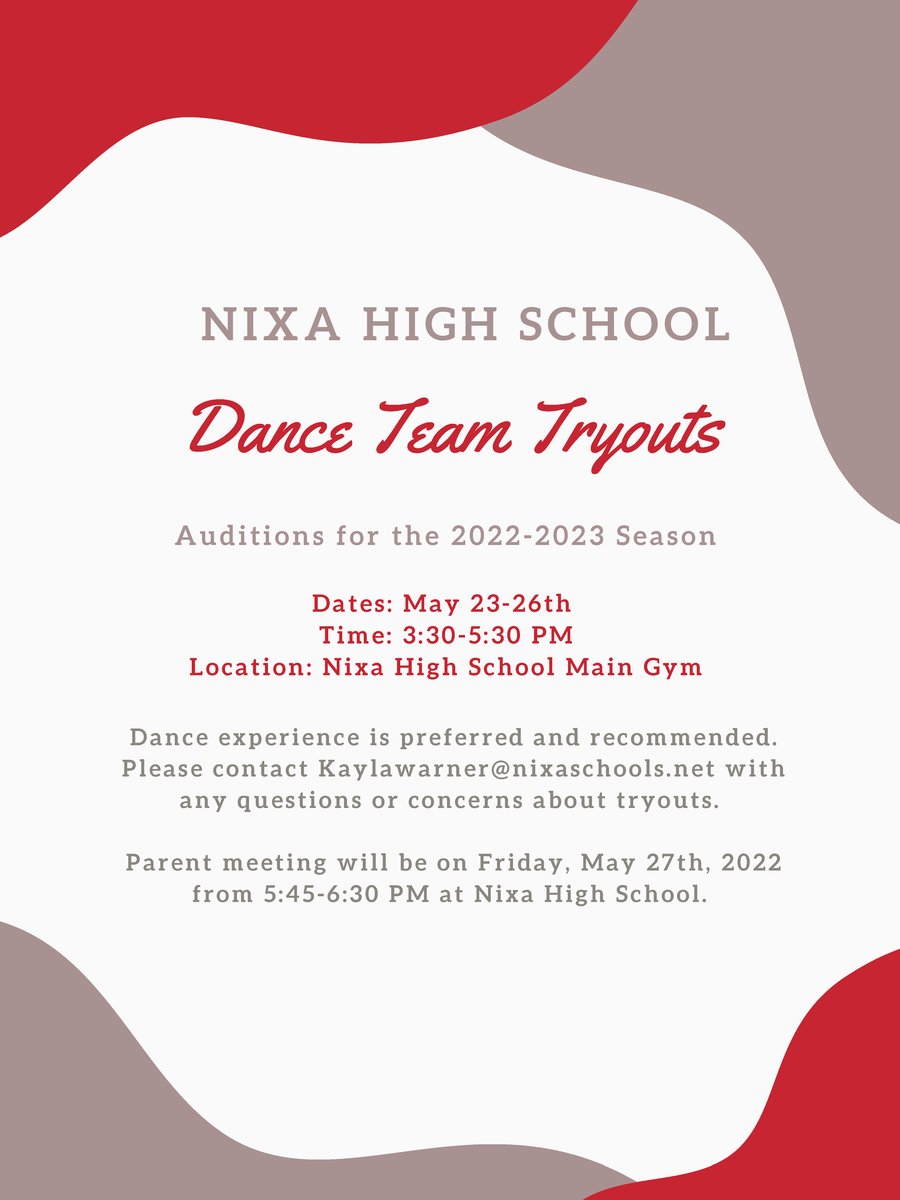 Dance experience is preferred and recommended.

Please contact Kaylawarner@nixaschools.net with any questions or concerns about tryouts. Parent meeting will be on Friday, May 27th, from 5:45-6:30 PM at Nixa High School.

Story Links The Missouri State High School Activities Association (MSHSAA) spring sports district tournaments are quickly approaching, with boys tennis beginning May 7, 2022. All district admission is $5. Below are the dates for the respective sport and additional information.