Waves - A uniformly advancing disturbance in which the parts moved undergo a double oscillation; any wavelike pattern.

Wave theory - A theory in physics: light is transmitted from luminous bodies to the eye and other objects by an undulatory movement.

How waves are used in everyday life: Most of the information that we receive comes to us in the form of waves. You rely on waves to bring you music and TV. You can cook with waves, talk to others and see things all because of waves. Waves transfer energy in different forms, some are very useful, while others can be deadly.

In a longitudinal wave the particle displacement is parallel to the direction of wave propagation.

2.Transverse Waves - In a transverse wave the particle displacement is perpendicular to the direction of wave propagation.

A. Spherical Wave has Waves of Constant frequency that create concentric circles that travel perpendicular to the point of origin. (picture to the right is a spherical wave.)

B. Plane Waves - Waves of constant frequency made up of planes that travel in parallel to one another (picture to the right is a plane wave)

Picture of a Plane Wave

A. Dual Pin Interference- Two spherical waves that combine to form a wave whose amplitude is the sum of the amplitudes of the interfering waves.

B. Double Slit Interference-When a plane wave passes through two slits and transforms into two spherical waves that interfere with each other.

D. Difference Between the Dual Pin and Double slit: In the Dual Pin the waves don't go through two slits to cause the interference. 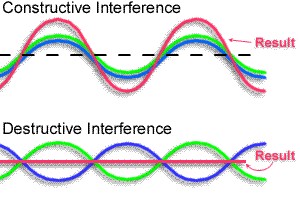 A. Wave Reflection - A change in the direction that a wave travels when it bounces off a barrier between two kinds of media

B. The angle that reflects off the bar is called an incident angle. The incident ray, the reflect ray, and the normal to the reflection surface at the point of the incidence lie in the same plane.

C. A ray of light observed approaching and reflecting off of a flat mirror, then the behavior of the light as it reflects would follow a predictable law known as The Law of Reflection

Diagram of Reflection and Incidence

Diffraction is the bending of waves, especially sound and light waves, around obstacles in their path. In picture A you can see a simple diffraction. It refracts the wave through the opening between the two blocks; As the blocks are moved further away they create a larger diffraction.

In picture B, it shows the tri-blockshows another form of diffraction.

In picture C, it shows the blocks at a 45 degree angle and yet again another example of diffraction. 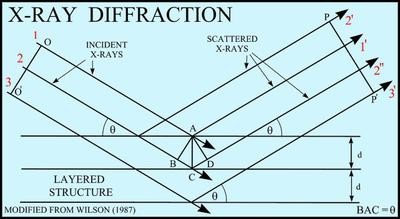 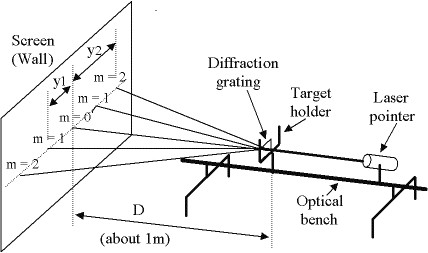 That was the Doppler effect - an apparent shift in frequency for a sound wave produced by a moving source. 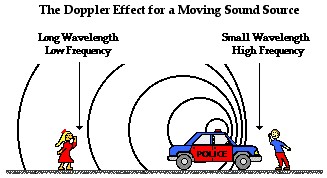