What is Gender Dysphoria?

Exploring the world of sex, gender and identity

What is Gender Dysphoria?

Exploring the world of sex, gender and identity

Ask yourself a few questions:

What is gender? Have you really thought about what your gender role means to you? Have you felt that the gender you were born with just doesn’t fit you?

Have you had discomfort fitting in to your role as a man or a woman? 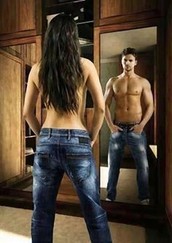 Why is this happening to me? Why don't I feel right in my own body? These are very common questions.

Science is still trying to decide how and why gender dysphoria occurs. Gender variance has been recorded in history throughout time all over the world. While we are unclear of the cause of gender variance, “there is scientific research linking it with the neuro-development of the brain prior to birth and no scientific evidence linking child abuse or other negative life experiences with transgenderism or transsexualism” (Reed, 2010). This is important to remember!! 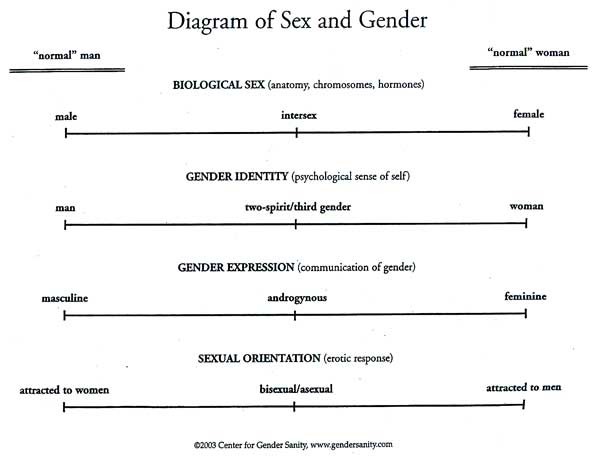 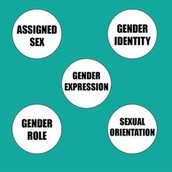 Did I choose this?

And other common misconceptions:

While we are not sure what the exact causes of gender dysphoria are, we do know that it is not a choice. It is simply another variation of human diversity.

This is just a phase: No, this is not just a phase or a mere disagreement with the gender roles that society has deemed “normal.” Actually, to be diagnosed with gender dysphoria, there must “be a marked difference between the individual’s expressed/experienced gender and the gender others would assign him or her, and it must continue for at least six months” (American Psychiatric Association, 2013, p. 4). Gender dysphoria causes major distresses in a person’s life; it is not something you’ll simply outgrow.

All children who display cross-gender behaviors are transgender: No, actually it is quite normal for a child to experiment and be curious about the other gender or even play with the other gender’s toys.

Does this mean I’m gay? No, people who have gender dysphoria are not homosexuals. Basically, “your internal sense of your gender is not the same as your sexual orientation” (Goldberg, M.D., 2014). Simply put, you’re someone who is attracted to the opposite sex, but you are not comfortable with your own sex or gender.

Transgender people can be “cured:” Shockingly enough, the medical community is divided when it comes to the idea that “gender variance in children should be or can be changed by psychological or psychiatric techniques” (Alan, Roberts, & Wells, 2012, p. 2). Some doctors feel that children can be trained to be comfortable in their gender roles; many do not because it can cause more distress, depression and confusion. Gender variant children should never be treated like they have a disease or mental illness that needs to be cured.

Questions to ask your doctor

Do I have gender dysphoria? 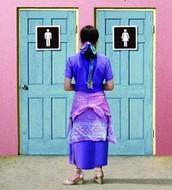 Ok, so I think I'm transgender, now what?

Build your support system!! Review all the treatment options available to you and that you are comfortable with. From talking therapy, to hormones, to surgery, there is a wide array of options to help you deal with any distress or disruption to your daily life.

I have treatment and support options!

Getting support is important! Recent reports estimate that “”that 71% of people with gender dysphoria will have some other mental health diagnosis in their lifetime” (Goldberg, M.D., 2014, p. 3). This includes anxiety, mood disorders, eating disorders, schizophrenia, substance abuse, suicide and more. This is preventable! Get help getting comfortable with you are and your choices.

Therapy: Therapy is intended to relieve the distress that gender dysphoria can cause. Talking with a licensed therapist can help the person decide what further steps they want to take; address any mental illnesses earlier; and finally help support you in all your possible options and decisions.

Puberty blockers: A young person in early puberty with gender dysphoria might ask to be prescribed hormones (testosterone or estrogen) that would suppress physical changes.

Hormones: Teens or adults may take the hormones estrogen or testosterone to develop traits of the sex that they identify with.

Finding the right support for you

When looking for the right counselor, look at their qualifications. Note important accomplishments including "experience, specialist courses attended and membership with any professional bodies related to gender dysphoria" (Drummond, 2013, p. 12). Finding the counselor who can guide you in the right direction and who is sensitive to the changes and struggles of transgender people is crucial. 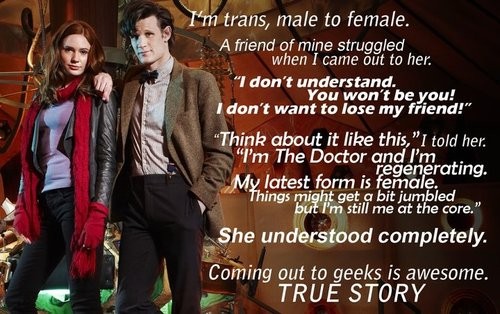 YOU ARE NOT ALONE!

There are support systems for everyone who is going through gender dysphoria, through all the stages!

Find support for you and your family at www.community.pflag.org/transgender 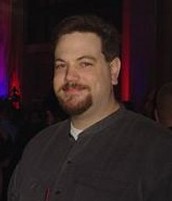 What is Gender Dysphoria: By Michael Mays

Drummond, A. (2013). Counselling for gender dysphoria. Retrieved from http://www.counselling-directory.org.uk/gender-identity.html

Goldberg, M.D., J. (2014, September 24). Gender dysphoria: What it is and how it's treated. Retrieved from http://www.webmd.com/mental-health/gender-dysphoria