Rochelle is using Smore newsletters to spread the word online.

Get email updates from Rochelle: 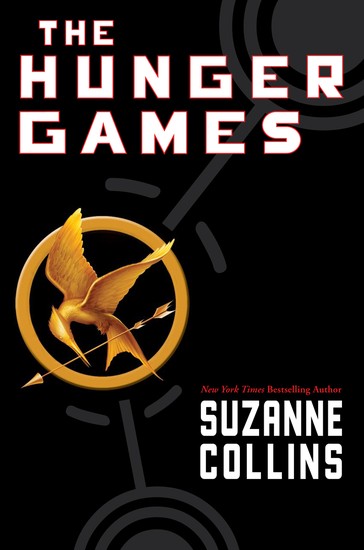 About The Hunger Games

The Hunger Games was published on September 14th, 2008. It is a young adult novel about sixteen year old Katniss Everdeen who takes over her younger sister's place in the Hunger Games. It sold 800,000 copies by February 2010. In 2012 the novel was turned into an American science fiction adventure film directed by Gary Ross. Every year the Capitol of Panem hosts an event called the Hunger Games where two "tributes" – a boy and a girl – are drafted from each of the twelve districts to be brought to an arena and fight to the death. The novel is the first out of The Hunger Games trilogy, followed by Catching Fire and Mockingjay. 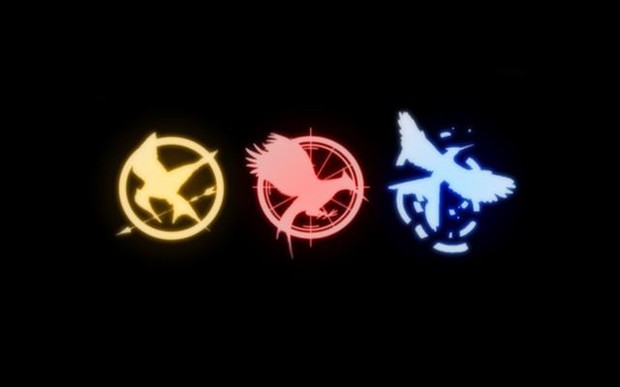 Katniss Everdeen: Protagonist. Hunts with her best friend, Gale Hawthorne. Hunts in a way to support her mother and younger sister. Father died during a mining explosion. Excellent at using the bow and arrow.

Peeta Mellark: 16 year old male tribute from District 12. Baker's son who is in love with Katniss. He has a talent for art.

Gale Hawthorne: 18 year old male that lives in the Seams of District 12. Best friend's with Katniss and hunting partner.

Primrose Everdeen: Katniss's 12 year old sister. At first she was chosen to be in the Games until Katniss volunteered to take her place. 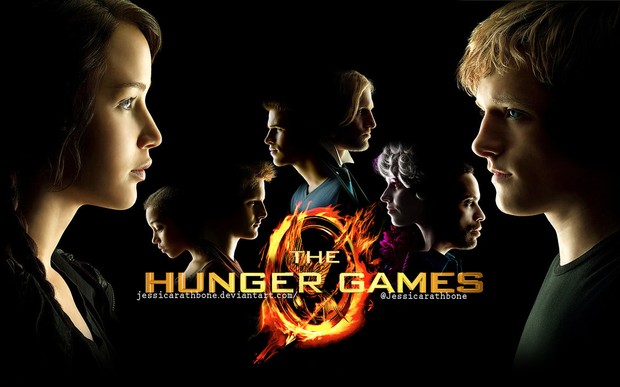 Themes in The Hunger Games

In The Hunger Games the themes include survival, keeping your humanity and dignity as you try to survive, evolving identities(Katniss finds dignity in her poverty and is able to survive by hunting), and the sustaining power of love (Katniss love for her sister and mother helps her stay strong).

The Thirteen Districts: The thirteen districts of Panem is similar to the original North American colonies. They were both under a tyrannical system of government.

The Mockingjay Pin: Katniss wears this pin during the Games to represent District 12. The pin was originally given to Katniss by Madge, the mayor's daughter, before she left to participate in the Games. It also reminds Katniss of her father because he loved this bird and would whistle to the sound of them.

Food: Symbolizes wealth, plenty, and comfort. It is the dividing line between the rich and the poor. Food is scarce and in some districts they deal with starvation.

Dandelions: Represent hope for Katniss. She saw these flowers when Peeta offered her bread for her family who were starving to death.

The Thirteen Districts of Panem 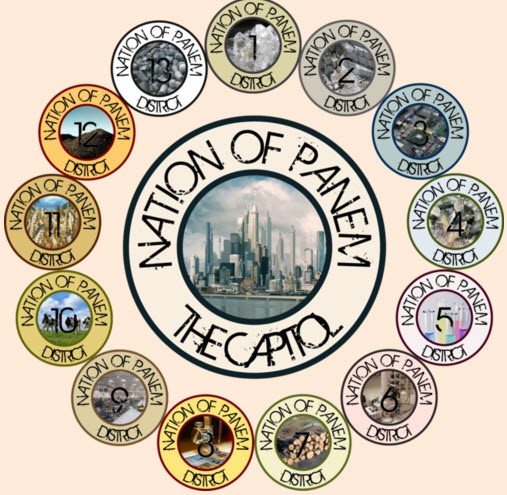 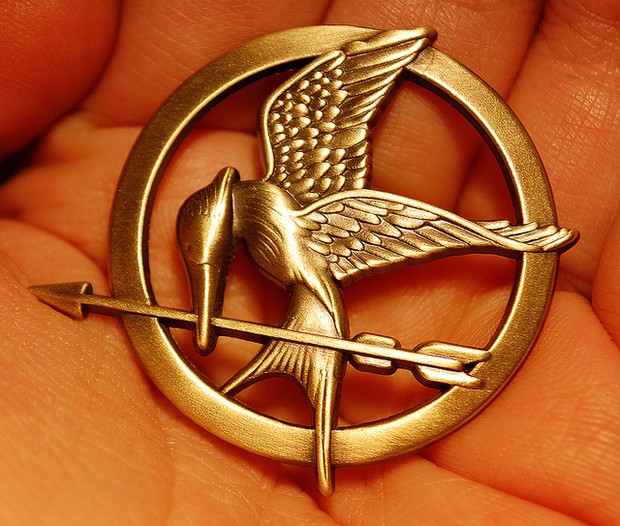 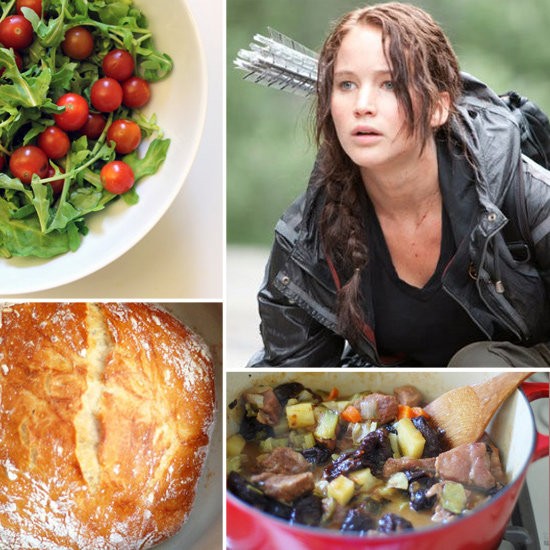 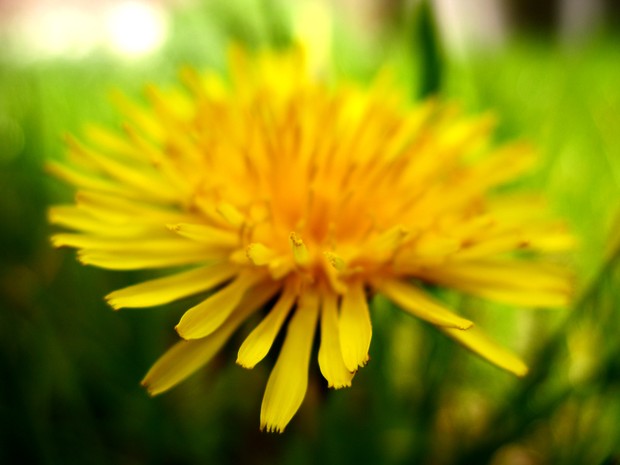 www.scholastic.com
Suzanne Collins is the author of the popular Underland Chronicles. Her sci-fi trilogy, The Hunger Games, is a New York Times bestseller.

Rochelle is using Smore newsletters to spread the word online.