K.I.: How does language affect the population's ideas?

K.I.: How does language affect the population's ideas?

"Change we can believe in."

Barack Obama: 2008 Campaign Slogan is an example of Emotionally Laden Language. This quote plays directly to the emotions of the knower through the words "change" and "believe." This phrase helps to rally emotional support for the presidential candidate, rather than just rational support. If people are persuaded to believe that a certain person will bring about significant change, their emotions become invested in the election. Emotionally laden language is a technique that can help boost popularity among the masses. 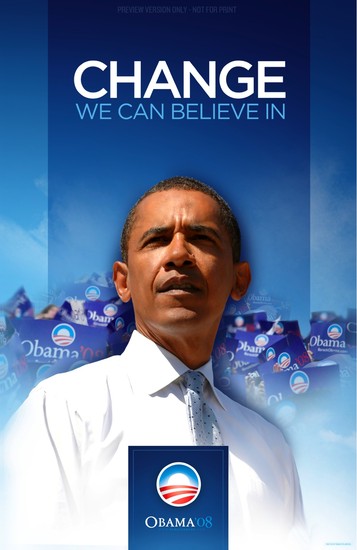 "Clinically proven to help keep plaque from growing back."

This phrase, directly quoted from the embedded Crest toothpaste commercial, is an example of Weasel Words in advertising. By using the words "to help," the Crest toothpaste commercial does not quantify the extent to which its product prevents plaque buildup. Weasel words are used to trick a knower into thinking that something meaningful has been said, when in reality, only an ambiguous and vague statement has been heard. This phrase can be an example of weasel words because there is no clinical study cited, it is simpy said to be "clinically proven." There is also no quantifying statement as to how much this toothpaste helps "keep plaque from growing back." This statement makes the knower believe that Crest toothpaste is effective and efficient, but there is really no true language that says it is extremely effective.

This news headline uses the passive voice, an example of the use of grammar as a form of persuasion. Through this phrase, the only information the knower recieves is that a burglar was shot and arrested, the knower does not know who shot the burglar or why he was shot. Was the burglar shot by the police? News headlines often use passive voice or leave out the party doing the action in order to spark the interst of readers or sound less offensive. "Many villages were bombed" sounds better than "we bombed many villages". Grammar is used to conceal aspects of a news story that incriminate certain parties.

"Over the years Lincoln's mythic stature has only grown, and he is widely regarded as one of the greatest presidents in the nation's history."

This is a quote that is from an article about Abraham Lincoln. Because of the information it provides, it can be considered an example of revealing and concealing language. This quote infers that Lincoln had large amounts of supporters and had no failures. This quote conceals Lincoln's failures and reveals his accomplishments. While Lincoln was the "Great Emancipator", this quote conceals the fact that Lincoln was not a supporter of Civil Rights, he was simply against slavery. Revealing and concealing is used to persuade the knower's ideas about certain subjects.

www.history.com
The 16th president of the United States (1861-65), Abraham Lincoln led the Union to victory in the Civil War and emancipated the South's African-American slaves.

After finding these examples of language used for persuasion, the knower can understand that the media has the power to shape the world around them. If you are not conscious of the use of language throughout the world, then you will never see the world for what it truly is. Language can be used by the media to influence consumers&apos; ideas about their products, so consumers must understand how another person&apos;s language can affect their opinions. This exploration also helps me to uncover ways that people in my everyday life use persuasive languages to create certain opinions.

Follow Taylor Panzer
Contact Taylor Panzer
Embed code is for website/blog and not email. To embed your newsletter in a Mass Notification System, click HERE to see how or reach out to support@smore.com
close