Kylisha is using Smore newsletters to spread the word online.

Get email updates from Kylisha:

The Story of Athena's birth is a truly amazing story. Metis was pregnant by Zeus, So to solve all of his problems he swallowed Metis. While Metis was in the stomach of Zeus, her baby grew. One day, Zeus was hit with an extremely painful headache. The pain was so unbearable he told his son, Hephaestus, To split his skull with a one of his most powerful axes. Hephaestus did as he was told and split Zeus' skull. While Zeus' skull was split The birth of his daughter had happened. She appeared out of the gash in Zeus' head armed with a shield. This is why Zeus and Athena always shared a tight bond. 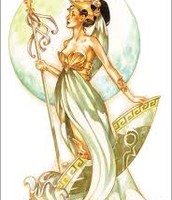 Athena was known to be one of the most beautiful women. 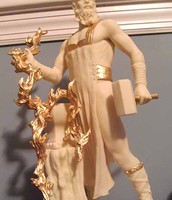 Son of Zeus, Brother of Athena. God of Metal working.

The story of Medusa and Athena

Medusa was a very beautiful girl, but boasted way to much about how pretty she was. One day she saw a statue of Athena and thought the statue would have been much more lovely if it was her. Athena heard what Medusa had said and became very angry. She turned Medusa face into a monster and her hair thickened with slithering snakes. Athena had made her so ugly, for if she looked at man, man would be turned to stone. Athena then sent her to live with blind monsters at the end of the earth. 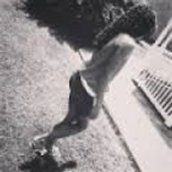 Facebook @Kylisha__
I enjoy writing about mythology. Gives me a chance to learn more of what I need to know.
1225 Gallia St. kylishakearns@yahoo.com

Kylisha is using Smore newsletters to spread the word online.