Kayle is using Smore newsletters to spread the word online.

Get email updates from Kayle: 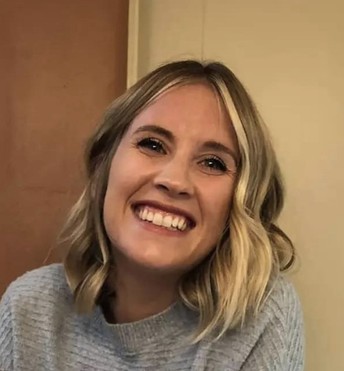 We Appreciate You Ms. Kayle! Congratulations!

A huge congratulations to Ms. Kayle on earning Teacher of the Year for Calaveras County Office of Education. Ms. Kayle is one of the many fantastic teachers here at Mountain Oaks. Along with being a good and very entertaining teacher, she has done many activities around and for the school. She is very active at the school. She does craft days, gardening and many other countless activities. Ms. Kayle is also an alumni of Mountain Oaks.

There are many reasons why Ms. Kayle got elected for Teacher of the Year. One reason is because she makes her students feel safe in the classroom by making it a fun environment. When you walk into the classroom you immediately get the beautiful sound of music and the captivating learning environment. She is very supportive when it comes to her students. If you're in need of some encouragement, Ms. Kayle would be one of the best teachers to seek for a shoulder to lean on.

Ms. Kayle is also in charge of The Little Green Environment at Mountain Oaks. Due to the need for recycling; she created this team in 2019. It raises money for the school and keeps it in tip top shape. The Environmental Team's current goal is to make T-Shirts to sell at their Earth Day Celebration in order to raise money and awareness. You can contact Ms. Kayle if you would like more information or to donate to the Environmental Team. In addition, she supervised and mentored our award winning Battle of the Books team and Nature Bowl team. She also ran the Science Fair at Mountain Oaks. What doesn't Ms. Kayle do!

We want to give a big congratulations Ms. Kayle for earning Teacher of the Year reward. She deserves it for being as wonderful as she is. Ms. Kayle is a very kind hearted person, she is so inspiring to so many students and faculties at the school. We are so thankful she is here, at Mountain Oaks. 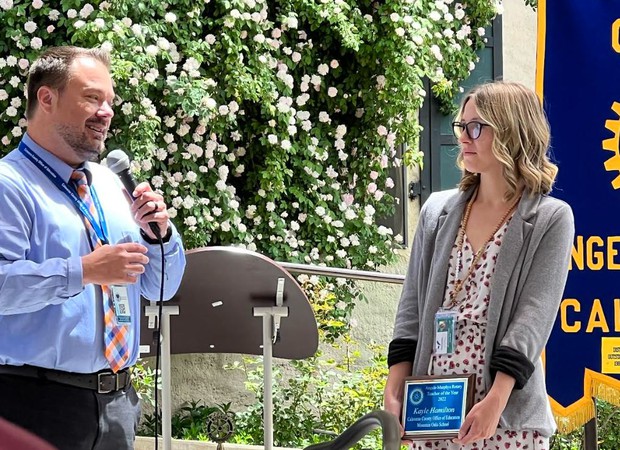 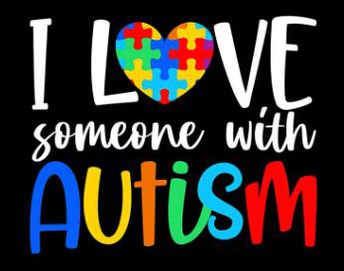 Autism is often unrecognized and many people don’t know what it is. It may be shown in different ways because of something called a spectrum. A spectrum is a scale that shows a range in effects or severity. There isn’t a known single reason that causes autism. The main reason that is accepted is that there are abnormalities in brain structure or function. Brain scans that were done on kids with ASD (autism spectrum disorder) show a difference in structure compared to an unaffected brain.

Autism is a lifelong disorder and doesn’t go away with time. There aren’t any known cures. Typically ASD consists of difficulty with social skills and communication, difficulty with rigidity, for example liking order and getting upset at change, easily getting distracted, and obsessing over small things.

I know it can be difficult to live with a child who has Autism because my little sister is Autistic. She is high-functioning, she’s brilliant and social but has trouble focusing on something for very long. Many kids have similar characteristics. However, they progress as other kids do, and can lead good, fulfilling lives. 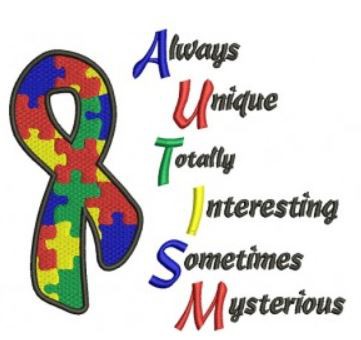 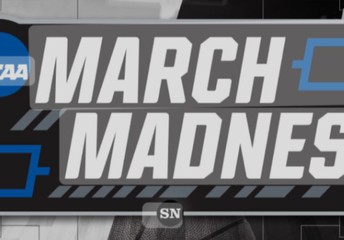 March Madness has passed, but what is it?

Basketball. A fun, crazy, back and forth game. However, have you ever heard of the thing called March Madness? March Madness is a college basketball, three week, single-elimination tournament. During the tournament you will see all kinds of people sneaking a peak at the TV to check their brackets.

March Madness is one of the biggest events of all sports. It ranks up with the Super Bowl and the NBA Finals. It has been proven that people work less than usual because they fill out a bracket of what they think the tournament would look like, basically their predictions. Some people even watch the tournament while they work. The tournament is in the period of mid March- the start of April.

The history of the tournament started in 1939 and it got its name in 1982 when Brent Murburger used the term “March Madness,” as he covered one of the games. Teams participate in the tournament by winning the conference title or at a large entry from the NCAA selection committee. There is a special day called selection Sunday when they reveal the bracket for the tournament. that consists of 68 men teams. 16 teams survive the first weekend, called the “Sweet Sixteen,” and then eight teams that survive the second weekend, called the “Elite Eight.” Finally, four teams survive the third round, called the final four. Then two teams survive then go to the championships. Finally, there is a round called the Penultimate round when there are only four teams left. Then, of course, there is the Championship game when there are only two teams left. So, if you are a fan of Basketball and have never heard of it, tune in next March and April to check it out! 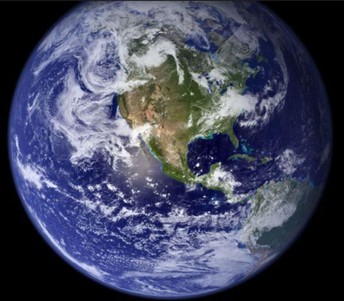 What is Earth Day?

Earth day is a holiday that is celebrated worldwide. The main focus of Earth Day is to pay attention to what is happening to the planet and work to help to heal the planet. Mountain Oaks celebrated “We Love Our Planet Month” for the Month of April. This was organized by the Little Green Environmental Team. Earth day is on April 22, 2022. There is both a Worldwide and American Earth Day. Coincidentally, they were both on the same day this year. You can donate to Earth Day to help to clean the planet.

The first Earth Day was created by Senator Gaylord Nelson on April 22, 1970 because he was worried about the environment and its sustainability. The day April 22 was chosen because it was between spring break and college final exams to maximize student participation back then. A lot of people participated on the first Earth Day. Each person did their own thing to help the environment. Because of the increase of smog, a lot of people biked or walked to the events so they did not have to use personal fuel in cars. Some people cleaned up trash and others protested against planet harm. This tradition of helping the environment has lasted 52 years so far.

I would like to give an honorable mention to the Little Green Environmental Team. They are currently organizing an Earth Day celebration to be hosted at the school. They also organized the “We Love Our Planet Month'' event. The Little Green Environmental Team focuses on helping the school and the planet by doing a variety of different things, such as: Organizing a place for everyone to compost in the Huckleberry Room, creating Garbage and Recycling bins for the entire school, and selling T-Shirts on Earth Day in Angels Camp at Utica Park so they can raise money for the School Garden. If you would like to help, please contact Kayle Hamilton. Also, keep an eye out for Litterbugs, and keep supporting the Planet! 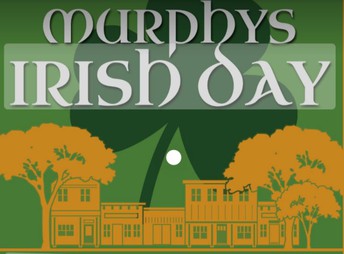 Murphy's Irish Days is done and gone, but another year will come

Also a fun March event is Murphy's Irish Day, a Saint Patrick's day themed fair complete with a parade, tasty food, and booths filled with treasures that you could only find at the end of the rainbow. Each year people far and wide come and gather on the main street of the small touristy town. The day starts with a pancake breakfast shortly followed by the parade.

People clap and wave as they watch the antique cars, horses, community organizations such as the boy scouts and 4-H, and local shops flood the streets. As the last few floats trickle away you can smell the sweet aroma of kettle corn, corn dogs, and corn beef and cabbage that fills the air. Visitors weave in and out of the booths eating decadent food, shopping for beautiful handcrafted crafted items, listening to Irish music, and watching dancers and jugglers. This is a highly recommended yearly event that you should consider for a great family adventure!

Student Review - Let's Hear Their Take On It!

Two of the most popular musicals by Lin Manuel Miranda are In the Heights and Hamilton. There are quite a few more musicals written by Lin Mirand, such as Freestyle Love Supreme, Bring It On, Westside Story and several others. I watched Hamilton and In The Heights. I would have loved to watch more but I simply didn't have time. and here's my take on them. Disclaimer; both of these musicals have some vulgar language and are for mature audiences so viewer discretion is advised.

I watched Hamilton first and I liked it a lot. It was a bit confusing but I guess with all the singing and dancing that can be understandable. I've heard quite a few songs from Hamilton while growing up so I could recognize a few, not all though. This musical is about an orphaned child who is very gifted in the mind, both academically and intellectually. He helped fight alongside Washington and General Burr in 1804. I enjoyed Hamilton the musical very much and would rate it 9/10 only because I don't really have a liking for all the singing and dancing and all the exaggerated motion.

In the Heights is a more modern film. It was a pretty good watch but I didn't like it as much as Hamilton. This musical was quite a bit more exaggerated and the songs were all loud and full of lots and lots of dancing. This film was about a community of Latino people in the Washington Heights neighborhood in New York, and was full of drama, singing, dancing. It tells a story of a group of people coming together in times of need.

Both of these were good musicals, even though they were longer than the average movie and took quite a bit of time to watch. Lin Manuel Miranda was clearly a very good writer and director for these films. While I don't usually like musicals, these were fun to watch and I would definitely recommend you check these out. 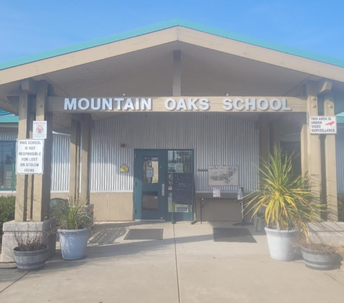 Kayle is using Smore newsletters to spread the word online.

Follow Kayle Hamilton
Contact Kayle Hamilton
Embed code is for website/blog and not email. To embed your newsletter in a Mass Notification System, click HERE to see how or reach out to support@smore.com
close