Was the signing of the Constitution at the Philadelphia State House In Philadelphia, Pennsylvania on September 18 1787

The Checks and Balances are a set of document that keep a form of the government from getting to mush power. The first branch of government is is Legislative branch which make laws for the president which is the Executive branch. The Judicial branch is a branch that carries out laws, and is the justice system.

The Great Compromise was a argument over the Constitution. The NewJersey State plan ran by William Paterson wanted the Constitution to represent small states. The Virginia State Plan disagreed and wanted larger states to be represented in Congress. 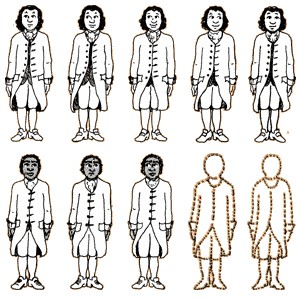 The south wanted more representation in Congress but they did not have enough people to be represented so they asked about the slaves if they count. They did but they had to pay taxis on it so every five slaves counts as 3 people.

Ratification of the Constitution

The Original Constitution and the Three-Fifths Myth