CIE is using Smore newsletters to spread the word online.

Get email updates from CIE:

The Seal of Solomon

The Seal of Solomon

Promoting global awareness, knowledge and understanding with experiences around the world. Visit our website at https://www2.naz.edu/international-education 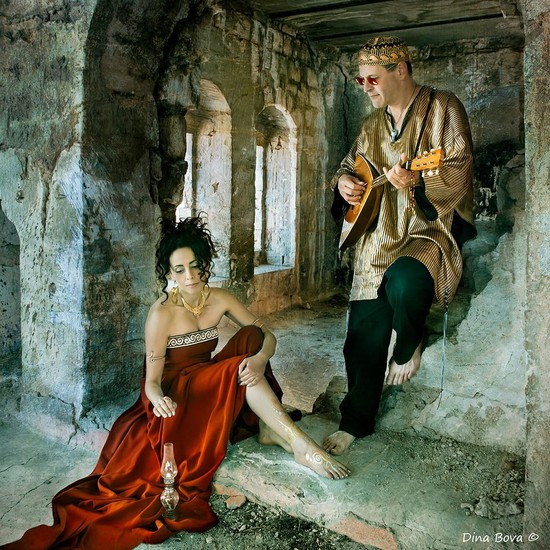 The concert will take place at the Linehan Chapel
in the Golisano Academic Center, Nazareth College.

For additional information contact Kathy Hansen at khansen7@naz.edu
Get Directions
Shlomit Levi is an extremely gifted and powerful singer, born in the small town of Keryat in Israel. Shlomit grew up listening to the traditional folk music of Yemen which is one of her main influences. Shlomit is known for her collaboration with Israel's breakthrough band Orphaned Land, the pioneers of Oriental metal. Her new project, long awaited by her fans defies traditional cultural boundaries, fusing the sounds of her Yemenite ancestors with electronica and rock. Produced by RebbeSoul who created what is now the modern version of Jewish Roots and World Music, the show, "The Seal of Solomon" has wowed audiences in Israel, the UK, and now in the US.

RebbeSoul has been on CNN International and features on the cover of Billboard magazine for producing Jewish Roots and World Music. The music of RebbeSoul is world fusion stemming from the Jewish Diaspora, a mix of ancient and modern, a blend of East and West, featuring Russian balalaika, electric and acoustic guitars, hip-hop rhythms, Middle Eastern percussion, flamenco cajones, and soulful vocals.

CIE is using Smore newsletters to spread the word online.