Electromagnetic radiation is produced by the movement of electrically charged electrons and particles. The moving charge gives rise to a magnetic field. EM radiation includes radio waves and microwaves. 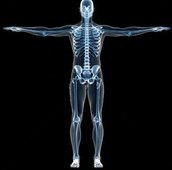 How does each wave affect us on earth?

Each wave benefits the earth in their own way. Radio waves help us listen to the radio. The waves are transmitted by a radio station and the celestial objects give off radio waves. Microwaves help us cook our food so it is warm enough to eat. This happens through Microwave radiation. Visible light helps us see visible light and rainbows in the sky! There are two different ways Infrared waves have an affect on us. One way is heat from the sun, and the other way is infrared waves send signals to your T.V. to your remote to help you change the channels. Gamma Rays are used for high volt radiation. This radiation is used to kill cancer cells to cure different types of cancers. Last but not least, X-ray waves are the second strongest type of wave. They help you see if you have a broken bone and what to do to fix it.

Affects of Waves in Space

All these waves contribute to our daily lives but they are also used to help Scientist study space. Radio waves tell astronomers what a star is made of along with the stars structure. Microwaves show the stars that are behind clouds of dust. Ultraviolet waves are compared to visible waves to see the evolution and structure of the galaxies. Visible light wavelengths show astronomers the size, age, and temperature of the stars. We also able to see the color of the stars in space through visible light wavelengths. Using Infrared waves astronomers can see and map the dust between stars. X- ray waves deepen our understanding of the structure and evolution of the universe along releasing rays such as black holes. Gamma rays help us grasp the understanding of the beginning of the fast expanding universe.