A hard drive is a computer device which you can save different things onto. Inside the component, there is a disc which spins and there is also a metal arm which reads and writes documents onto the Hard Drive. The SSD(Solid State Drive) is similar to a hard drive but is more expensive.

Is found in computers.

A slimmer version of a hard drive, which is found in laptops.

A SSD is found in this particular device and in Mac Book Airs aswell.

A monitor is the screen of the computer in which you can see what you are doing. Some advanced monitors have webcams.

A touchscreen is an electronic visual display that can detect the presence and location of a touch within the display area. A stylus could also be used on a touch screen. Touch screens are commonly used in Apple devices, but are used in other kinds of devices, such as a Nintendo DS. 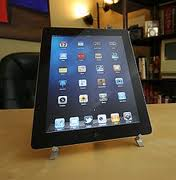 Follow Michael Moran
Contact Michael Moran
Embed code is for website/blog and not email. To embed your newsletter in a Mass Notification System, click HERE to see how or reach out to support@smore.com
close