Creation of the future

Creation of the future 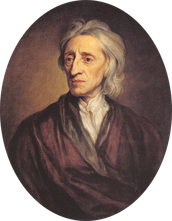 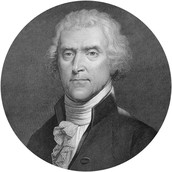 "He has forbidden his Governors to pass Laws of immediate and pressing importance, unless suspended in their operation till his Assent should be obtained; and when so suspended, he has utterly neglected to attend to them."-Declaration of Independence

"Sec. 221. There is therefore, secondly, another way whereby governments are dissolved, and that is, when the legislative, or the prince, either of them, act contrary to their trust. First, The legislative acts against the trust reposed in them, when they endeavor to invade the property of the subject, and to make themselves, or any part of the community, masters, or arbitrary disposers of the lives, liberties, or fortunes of the people."-Second Treatise of Civil Government

When the government or leading power is refusing to allow laws past that will help the citizens in their country run more efficiently or get help to those who need it.

"He has made Judges dependent on his Will alone, for the tenure of their offices, and the amount and payment of their salaries."-Declaration of Independence

"What I have said here, concerning the legislative in general, holds true also concerning the supreme executor, who having a double trust put in him, both to have a part in the legislative, and the supreme execution of the law, acts against both when he goes about to set up his own arbitrary will as the law of the society. He acts also contrary to his trust, when he either employs the force, treasure, and offices of the society, to corrupt the representatives, and gain them to his purposes; or openly preen gages the electors, and prescribes to their choice, such, whom he has, by solicit ions, threats, promises, or otherwise, won to his designs; and employs them to bring in such, who have promised before-hand what to vote, and what to enact."-Second Treatise of Civil Government

When the President or the leading power uses the weaknesses and want of those that we put trust into to run our judicial system against them to pled to the needs of him/her self.

"For abolishing the free System of English Laws in a neighboring Province, establishing therein an Arbitrary government, and enlarging its Boundaries so as to render it at once an example and fit introducing the same absolute rule into these Colonies."-Declaration of Independence

"Sec. 219. There is one way more whereby such government may be dissolved, and that is: When he who has the supreme executive power neglects and abandons that charge, so that the laws already made can no longer be put in execution."-Second Treatise of Civil Government

Using other powers as a puppet to control the people inside that country.

"He has combined with others to subject us to a jurisdiction foreign to our constitution, and unacknowledged by our laws; giving his Assent to their Acts of pretended Legislation."-Declaration of Independence

"Sec. 216. Thirdly, When, by the arbitrary power of the prince, the electors, or ways of election, are altered, without the consent, and contrary to the common interest of the people, Sec. 217. Fourthly, The delivery also of the people into the subjection of a foreign power."-Second Treatise of Civil Government

We have been living under the same kind of government for over 200 years, if another power was to come and subject us to a new power then we would not understand the meaning behind new laws until we become accustomed to them.

Comparison #5: giving power to the people

"For suspending our own Legislatures, and declaring themselves invested with power to legislate for us in all cases whatsoever."-Declaration of Independence

"Sec. 220. In these and the like cases, when the government is dissolved, the people are at liberty to provide for themselves, by erecting a new legislative, differing from the other, by the change of persons, or form, or both, as they shall find it most for their safety and good."-Second Treatise of Civil Government

When the government takes away the power from the state and given it to the people so they can control their own affairs.

The use of controlling other people inside our own government to get the results that the President wants does not help the country as a whole. One of the key things that is great about living in the United States is the freedom of speech, religion, press, assembly, and petition. If the people we are putting to run or judicial system do not get those same rights then why should be trust what decisions they are voting on?