Josef Mengele was an SS physician, infamous for his inhumane medical experimentation upon concentration camp prisoners at Auschwitz.Born on March 16, 1911, in Günzburg, near Ulm, he was the eldest son of Karl Mengele, a prosperous manufacturer of farming implements. In 1935, Mengele earned a Ph.D. in physical anthropology from the University of Munich. In January 1937, at the Institute for Hereditary Biology and Racial Hygiene in Frankfurt, he became the assistant of Dr. Otmar Von Verschuer, a leading scientific figure widely known for his research with twins.In 1937 Mengele joined the Nazi Party. The following year, the same year in which he received his medical degree, he joined the SS.In June 1940, Mengele was drafted into the army, and thereafter volunteered into the medical service of the Waffen-SS(Armed SS). Mengele returned to Germany in January 1943, and began work at the Kaiser Wilhelm Institute (KWI) for Anthropology In April of 1943, he received a promotion to the rank of SS captain; this advancement shortly preceded Mengele's transfer to Auschwitz, on May 30, 1943.During his infamous tenure at the concentration camp, Josef Mengele was not the only physician at AuschwitzApproximately 30 physicians served at Auschwitz during the period in which Mengele was assigned to the camp.As a requisite feature of their “rounds,” medical staff performed “selections” of prisoners on the ramp, determining from among the mass of humanity arriving at Auschwitz who would be retained for work and who would perish immediately in the gas chambers.Known as the “Angel of Death,” or sometimes as the “White Angel,” for his coldly cruel demeanor on the ramp, Mengele is associated more closely with this “selection duty” than any other medical officer at Auschwitz, although by most accounts he performed this task no more often than any of his colleagues. Undoubtedly, this association is partially explained by his postwar notoriety, but the ubiquitous image of Mengele at the ramp in so many survivors' accounts has also to do with the fact that Mengele often appeared “off-duty” in the selection area whenever trainloads of new prisoners arrived at Auschwitz, searching for twins. 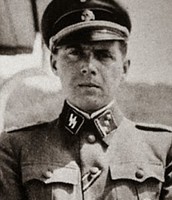