The great and beautiful Mars

Only located 54.6 million kilometers from earth!

The great and beautiful Mars

Only located 54.6 million kilometers from earth!

Things you probably didn't about Mars

There is many activities to do on mars like!...

You can so many things on mars that you probably that that you can ever do in our lifetime!! Here are some examples

You can go Dust Surfing!! Do you only live to get radical? Experience 100% pure adrenaline when you dust surf the break of one of the largest dunes in the solar system. Johnny U's Dust Surfing experts will teach you the necessary skills to drop into a ride that will make you say "Whoa."

You can go on mars history tour! You've read the news, now see the sites for yourself. Tour the landing sites of the most famous Mars missions—the Vikings, Pathfinder, Rovers, and Phoenix. Some tours even include an expedition to see the Beagle crash site.

Maybe you and your other would just want to spend so time together? then this is the thing for you! Sunset Dinner and Star Gazing on mars how cool does that sound!

Maybe there you want to let out your inner ninja then the Super-Low-G Martian Arts is for you!; Travel to Phobos, a moon of Mars, for a spectator sport unlike any other. Aerial gymnastics, complete with flips, "flying," and mid-air somersaults characterize this athletic contest. After a match, step into the ring yourself to give it a whirl.

Just a sneak peak at what you might enjoy!! 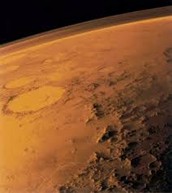 A up close look at Mars!

A full look at Mars!! In its beautiful shape!

A quick look at Mars terrain!

Once in a lifetime experience!

Can we live on mars?

Even though humans cannot live on Mars because neither the temperature nor the atmosphere is compatible with human survival. There is also no edible food and very little available water. However, given the construction of an artificial environment, life on Mars could be possible.So on the bright side you can see yourself on mars in a few centuries!!

Something very special about mars is its terrain and its atmosphere it has a very ruff and rocky terrain almost like the outback but on gas and in space!! The atmosphere of Mars is about 100 times thinner than Earth's, and it is 95 percent carbon dioxide.

Come see how beautiful it is yourself!

Not only is it a beautiful planet its also very entertaining and costs just a few trillion dollars, also you would have to take a death defying trip in a spcaeplane how cool does that sound!! It comes with a 3 bathrooms a kitchen 6 sleeping stations your own jet and; free peanuts accommodations of Mars Airlines.

www.expedia.com
Book a hotel on Mars with Expedia. This once in a lifetime opportunity is only available with Expedia Space, pioneering consumer space travel.