SOMSD BOARD OF EDUCATION NEWSLETTER

SOMSD BOARD OF EDUCATION NEWSLETTER

Highlights from the February 24, 2022 - Regular Session Board of Education Meeting

The District will share a monthly newsletter with the SOMSD community to keep you informed and to provide a recap of key action items discussed and approved by the Board of Education during their monthly regular Public Session meetings. The BOE meeting recap newsletter will be shared monthly after each regular session public BOE meeting (and will only be provided for regular-session Board meetings). 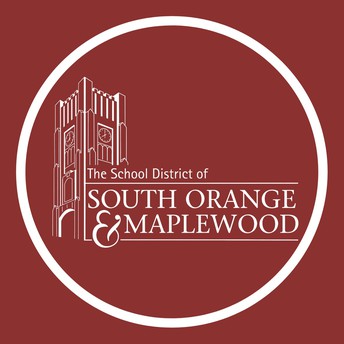 The school board meeting is a business meeting in public and not a meeting with the public. Oftentimes it may appear to members of our audience that the Board of Education takes action with very little comment and in many cases a unanimous vote. Before a matter is placed on the agenda at a public meeting, the Administration has thoroughly reviewed the matter with the Superintendent of Schools/Chief School Administrator (CSA). If the Superintendent of Schools/Chief School Administrator is satisfied that the matter is ready to be presented to the Board of Education, it is then referred to the appropriate Board Committee. The Members of the Board Committee work with Administration and the Superintendent to assure that the members fully understand the matter. After the committee discusses the matter, it is presented to the full Board for discussion before any action is taken. Only then, is it placed on the agenda for action at a public meeting.

Channels to View Upcoming Board Meetings 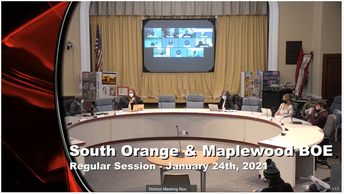 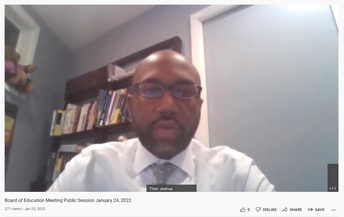 Many of you have inquired as to the status of our ongoing negotiations with the South Orange-Maplewood Education Association (SOMEA). As previously reported by the Board at our December 2021 public meeting, SOMEA proposed a three-year contract with salary increases of 6.14% (year 1), 3.3% (year 2), and 3.3% (year 3).

As also shared at this meeting, we reached an impasse and subsequently moved to a mediation hearing. Since our December update, the District and SOMEA have held three separate mediation hearings. Our first mediation hearing held on January 6, the Board offered and submitted a written proposal with a salary increase at our maximum level of 12% over a three-year span. This offer also included modest requests for concessions that would bring SOMEA’s contract more in line with statewide norms, while still overall, maintaining better than average terms and conditions

On February 8, in response to the Board’s January 6 offer, SOMEA agreed to less than 25% of the Board’s proposals with respect to the rest of the contract and maintained their salary demands of 6.14%, 3.3%, and 3.3% over a three-span (which equates to 12.74%). For comparison’s sake, the average raise for Essex County public school districts is 3.17% as of this month.

On February 15, the Board again offered a written counter proposal to SOMEA, making clear its salary offers of 4.5%, 4.25%, and 3.25% over three years, which averages out to 4% per year. The Board’s 12% salary increase offer to SOMEA (with a 4.5% increase in the first-year) would be among the largest salary increases for any New Jersey teachers union in the last 10 years. In response to the Board’s offer, SOMEA reiterated its salary demands and subsequently withdrew one of their offers with respect to the Board’s proposals.

The Board, having not perceived any good faith negotiation from SOMEA, notified the mediator that it did not believe that continued mediation would be worthwhile and asked that a factfinder be assigned. The next step in the process will be with a factfinder who will hear evidence on the remaining issues and recommend a resolution based upon that evidence. As the burden of proof rests with both parties, it will be up to SOMEA to convince a factfinder that the Board’s offer - the highest in the State - is unreasonable and that their salary demands, with no concessions, should be met. As fact finding will not conclude for potentially 12 months or longer, the Board remains willing to engage in good faith negotiation with SOMEA should they wish to return to the bargaining table and do the same.

We will continue to keep the SOMSD community updated on our negotiations and for the sake of our teachers/staff and most importantly, our students, we hope that SOMEA will act in good faith and reconsider acceptance of the Board’s reasonable offer.

View/Search SOMSD Board of Education Policies

The District has partnered with Strauss Esmay to provide a more user-friendly and easier way for community members to view/search for District-approved BOE policies/regulations. Polices can be found by # or by inputting a search request by subject.

There were second readings of 8 policies:

There were first readings of 5 policies:

View YouTube Recordings of Past BOE Meetings
Board of Education Meeting - February 24, 2022

Note: to email all board members, please email boemembers@somsd.k12.nj.us.

Student Representatives to the Board of Education 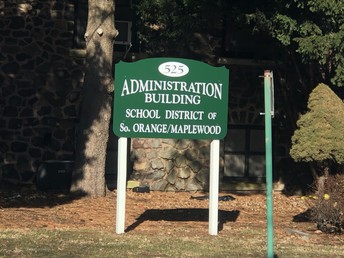 The mission of the South Orange Maplewood School District is to empower and inspire each student to explore and imagine, to pursue personal passions, and to collectively create a better future by creating a learner-centered environment through multiple pathways; reimagined structures, systems and supports; innovative teaching; partnering with families; and maximizing community expertise and resources.