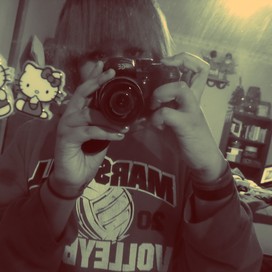 Cinda is using Smore newsletters to spread the word online.

Get email updates from Cinda:

Its clear that neither Columbus, Bjarni, nor Hoei-Shin discovered America. Its clear because Columbus came to America and murdered the Natives and said he was there first when clearly, since the Native Americans were already there, he was not the discoverer of America. Bjarni and Leif Ericsson did not discover America because, yet again, the FIRST AMERICANS were already here. Again, Hoei-Shin did not discover America, just visited. The FIRST AMERICANS should get credit for coming to America first because the aren't called the First Americans for being the second Americans. I think people don't want to accept that someone colored or not Christian not white discovered the land they live in now. Even so, Native Americans have lived here the longest because they were here first, and they are still here, which I think no one wants to acknowledge. In conclusion, the FIRST Americans were the very first Americans.

Cinda is using Smore newsletters to spread the word online.

Follow Cinda Goldsby
Contact Cinda Goldsby
Embed code is for website/blog and not email. To embed your newsletter in a Mass Notification System, click HERE to see how or reach out to support@smore.com
close