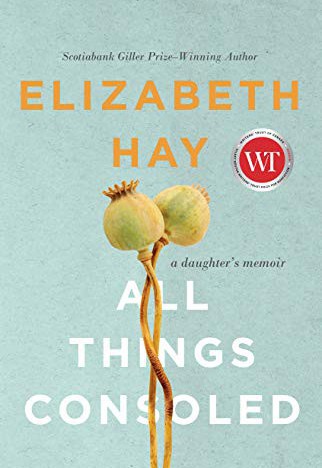 From Elizabeth Hay, one of Canada's most beloved novelists, comes a startling and beautiful memoir about the drama of her parents' end, and the longer drama of being their daughter.

Jean and Gordon Hay were a colourful, formidable pair. Jean, a late-blooming artist with a marvellous sense of humour, was superlatively frugal; nothing got wasted, not even maggoty soup. Gordon was a proud and ambitious schoolteacher with a terrifying temper, a deep streak of melancholy, and a devotion to flowers, cars, words, and his wife. As old age collides with the tragedy of living too long, these once ferociously independent parents become increasingly dependent on Lizzie, the so-called difficult child. By looking after them in their final decline, she hopes to prove that she can be a good daughter after all.

In this courageous memoir, written with tough-minded candour, tenderness, and wit, Elizabeth Hay lays bare the exquisite agony of a family's dynamics--entrenched favouritism, sibling rivalries, grievances that last for decades, genuine admiration, and enduring love. In the end, she reaches a more complete understanding of the most unforgettable characters she will ever know, the vivid giants in her life who were her parents. 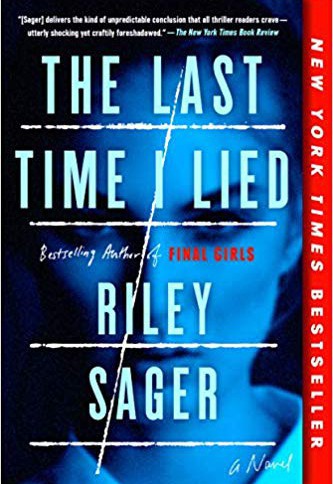 The Last Time I Lied

Two Truths and a Lie. The girls played it all the time in their cabin at Camp Nightingale. Vivian, Natalie, Allison, and first-time camper Emma Davis, the youngest of the group. But the games ended the night Emma sleepily watched the others sneak out of the cabin into the darkness. The last she--or anyone--saw of them was Vivian closing the cabin door behind her, hushing Emma with a finger pressed to her lips.

Now a rising star in the New York art scene, Emma turns her past into paintings--massive canvases filled with dark leaves and gnarled branches that cover ghostly shapes in white dresses. When the paintings catch the attention of Francesca Harris-White, the wealthy owner of Camp Nightingale, she implores Emma to return to the newly reopened camp as a painting instructor. Seeing an opportunity to find out what really happened to her friends all those years ago, Emma agrees.

Familiar faces, unchanged cabins, and the same dark lake haunt Nightingale, even though the camp is opening its doors for the first time since the disappearances. Emma is even assigned to the same cabin she slept in as a teenager, but soon discovers a security camera--the only one on the property--pointed directly at its door. Then cryptic clues that Vivian left behind about the camp's twisted origins begin surfacing. As she digs deeper, Emma finds herself sorting through lies from the past while facing mysterious threats in the present. And the closer she gets to the truth about Camp Nightingale and what really happened to those girls, the more she realizes that closure could come at a deadly price. 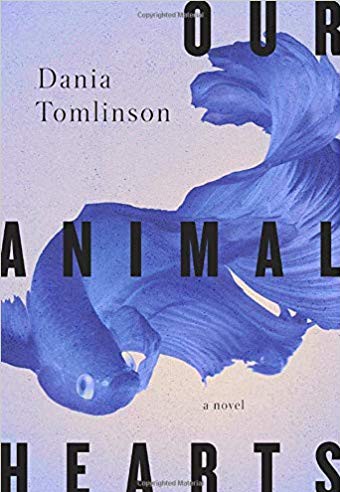 Deep in British Columbia, at the turn of the 20th century, lies Winteridge: a small village perched on an enormous lake made famous by the monster said to haunt its depths.

Twelve-year-old Iris Sparks lives in Winteridge with her brother; her working-class Welsh mother, Llewelyna; and her blue-blooded father from England, a progressive bohemian who has brought his family to Canada for an adventure.

But amid the idyllic, Edwardian setting, there are dangers lurking. A blend of Welsh and Indigenous stories of a predatory lake monster take real shape for young Iris as she begins to unravel the truth behind her mother's dark fairy tales, and watches in horror as her mother increasingly succumbs to seizures.

As the First World War reaches its height, Iris must contend with the demands of a deteriorating mother and the harsh realities of a toxic love triangle. All the while, Iris's mind continues to exert its strange and awesome power, and she and her entire community must find a way to survive at the mercy of otherworldly beasts and a hungry darkness. 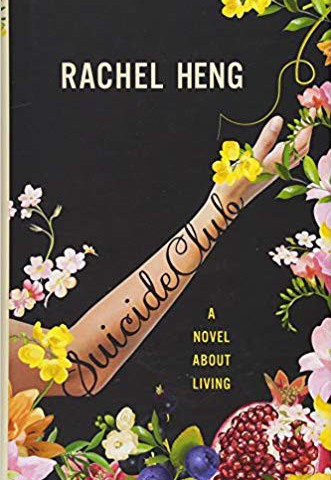 In Rachel Heng's debut set in near future New York City―where lives last three hundred years and the pursuit of immortality is all-consuming―Lea must choose between her estranged father and her chance to live forever.

Lea Kirino is a “Lifer,” which means that a roll of the genetic dice has given her the potential to live forever―if she does everything right. And Lea is an overachiever. She’s a successful trader on the New York exchange―where instead of stocks, human organs are now bought and sold―she has a beautiful apartment, and a fiancé who rivals her in genetic perfection. And with the right balance of HealthTech™, rigorous juicing, and low-impact exercise, she might never die.

But Lea’s perfect life is turned upside down when she spots her estranged father on a crowded sidewalk. His return marks the beginning of her downfall as she is drawn into his mysterious world of the Suicide Club, a network of powerful individuals and rebels who reject society’s pursuit of immortality, and instead choose to live―and die―on their own terms. In this future world, death is not only taboo; it’s also highly illegal. Soon Lea is forced to choose between a sanitized immortal existence and a short, bittersweet time with a man she has never really known, but who is the only family she has left in the world. 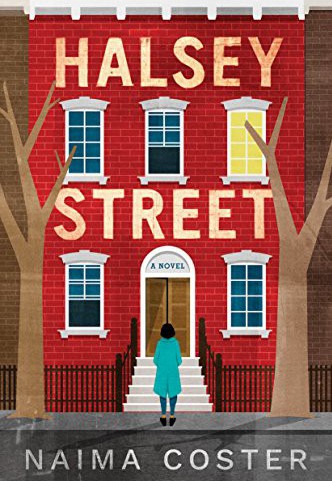 A modern-day story of family, loss, and renewal, Halsey Street captures the deeply human need to belong—not only to a place but to one another.

Penelope Grand has scrapped her failed career as an artist in Pittsburgh and moved back to Brooklyn to keep an eye on her ailing father. She’s accepted that her future won’t be what she’d dreamed, but now, as gentrification has completely reshaped her old neighborhood, even her past is unrecognizable. Old haunts have been razed, and wealthy white strangers have replaced every familiar face in Bed-Stuy. Even her mother, Mirella, has abandoned the family to reclaim her roots in the Dominican Republic. That took courage. It’s also unforgivable.

When Penelope moves into the attic apartment of the affluent Harpers, she thinks she’s found a semblance of family—and maybe even love. But her world is upended again when she receives a postcard from Mirella asking for reconciliation. As old wounds are reopened, and secrets revealed, a journey across an ocean of sacrifice and self-discovery begins.

An engrossing debut, Halsey Street shifts between the perspectives of these two captivating, troubled women. Mirella has one last chance to win back the heart of the daughter she’d lost long before leaving New York, and for Penelope, it’s time to break free of the hold of the past and start navigating her own life.